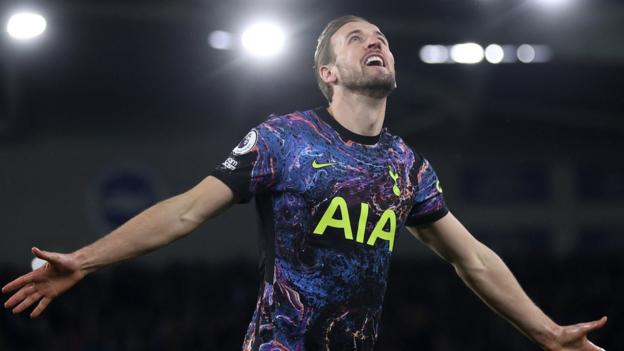 Tottenham remain without Ryan Sessegnon and Oliver Skipp because of respective thigh and groin issues.

Defender Japhet Tanganga is out for the season after surgery on his right knee.

West Ham will continue to assess the fitness of those players involved in Thursday’s extra-time win over Sevilla in the Europa League.

Winger Jarrod Bowen is again sidelined by a heel injury, while full-back Vladimir Coufal is still recovering from a hernia operation.

Tottenham are still very up and down in terms of results but I don’t think they played too badly in defeat against Manchester United last weekend, and they were decent in their win over Brighton on Wednesday.

Like Leicester, West Ham are also in European action on Thursday and I think their tie with Sevilla will have taken a lot out of them. That’s why I’m going with a Spurs win.

Choose your Tottenham Hotspur formation and starting line-up. It’s up to you how to approach it – you could go for the team you WANT the boss to pick or the one you THINK he will.

Choose your West Ham starting formation and line-up. It’s up to you how to approach it – you could go for the team you WANT the boss to pick or the one you THINK he will.

Cutting-edge gadgets for the garden