Tottenham vs West Ham prediction: How will Premier League fixture play out today? 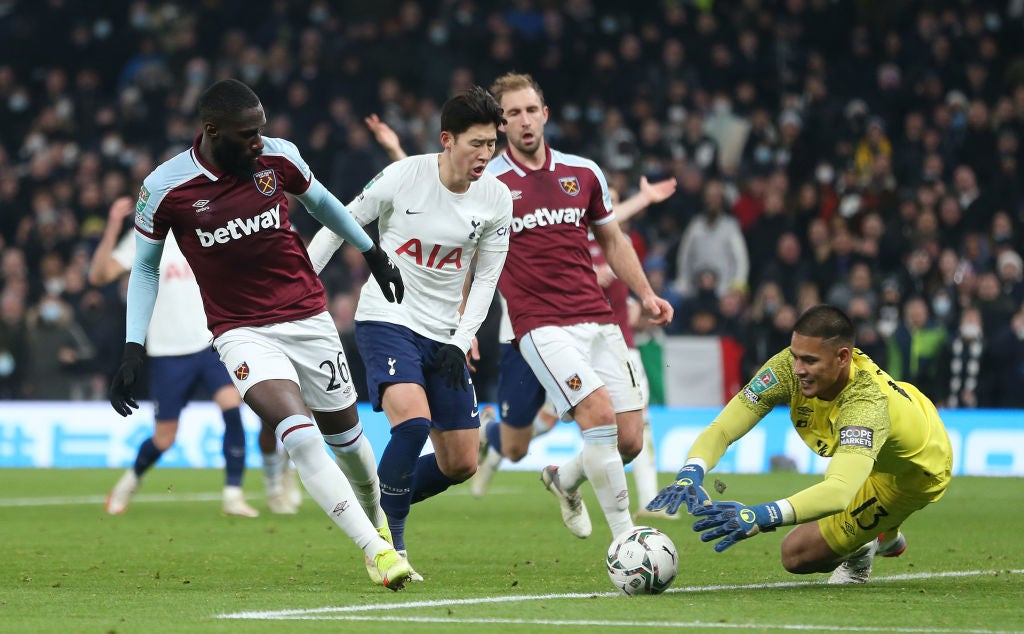 Tottenham Hotspur will look to win back-to-back matches for the first time since December when they host West Ham in the Premier League this afternoon.

Antonio Conte’s side have been blighted by inconsistency this season and their 3-2 defeat at Old Trafford last weekend was followed by a win at Brighton in midweek.

The result meant they took advantage of Arsenal dropping points at home to Liverpool and meant their Champions League hopes remain in their own hands.

However, the face a direct rival for the top four in West Ham at the Tottenham Hotspur Stadium, just days after the Hammers produced one of the best nights in their history in knocking Sevilla out of the Europa League.

Here’s everything you need to know before the match tonight.

When is Tottenham vs West Ham?

The match kicks off at 4:30pm GMT on Sunday 20 March at the London Stadium, London.

Tottenham named an unchanged team on Wednesday and could do so again here. Oliver Skipp, Ryan Sessegnon and Japhet Tanganga remain out but Antonio Conte appears happy with his current line-up.

West Ham’s Michael Antonio and Aaron Cresswell shook off knocks to face Sevilla, but David Moyes could make changes after his players faced 120 minutes of action. Jarrod Bowen remains out with a heel injury.

Could this finally be the time where Tottenham find some consistency? Recent form suggest Conte’s side are due for a defeat, but West Ham might find it hard to produce the energy needed to beat Spurs just days after their Europa League heroics. With Harry Kane also on form, it leaves Spurs as the favourites. Tottenham 2-1 West Ham