Tottenham: ‘Worst not being in race’ for top players than missing out – Fabio Paratici 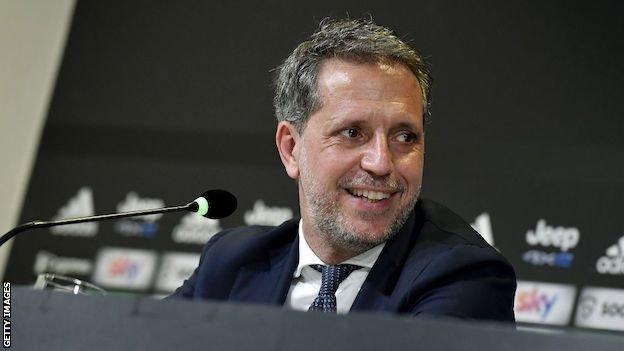 
It is better to miss out on signing top players than not challenging for them at all, says Tottenham’s managing director of football Fabio Paratici.

Spurs were close to signing Luis Diaz and Adama Traore during the January transfer window before they joined Liverpool and Barcelona, respectively.

But Paratici did manage to secure deals for Juventus pair Rodrigo Bentancur and Dejan Kulusevski on deadline day.

“The worst and strange thing is not being in the race,” he told Spurs TV.

“Sometimes you win, as what happened with (Cristian) Romero in the summer, and sometimes you can lose the race.”

Ten days before the deadline, with Tottenham yet to secure any deals in January, manager Antonio Conte said “I hope the club will listen” to his transfer requests.

There was much speculation over which players Spurs would sign in Conte’s first window as boss, and who would be allowed to leave.

“It’s normal for us to be in the middle of this kind of rumours and it’s also normal when you start the race and to fight to sign big players,” said Paratici.

“We are a big club, there are 10-12 big clubs in the world, so it’s normal when you start to race or to fight to sign a big player. Of course you have somebody [else] that deserves to sign this player too.”

Kulusevski and Bentancur were brought in while Dele Alli was sold to Everton, with Tanguy Ndombele, Bryan Gil and Giovani lo Celso leaving on loan.

But a group of Tottenham supporters gathered outside the training ground to protest against the club’s ownership and board, saying there has been a lack of investment in the playing staff.

“We need time, but we have to be committed and, like I said before, to be in the race when there is somebody good enough for us.

“There are some positions where we searched and found solutions, and others where we didn’t have this kind of opportunities. It’s OK, we go ahead, we go forward with our players and we are happy about it.”