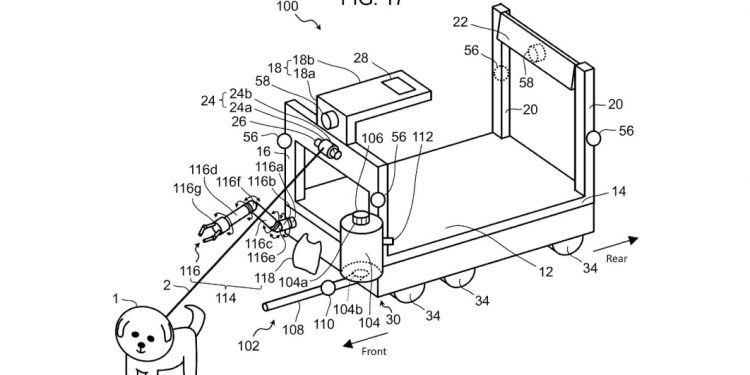 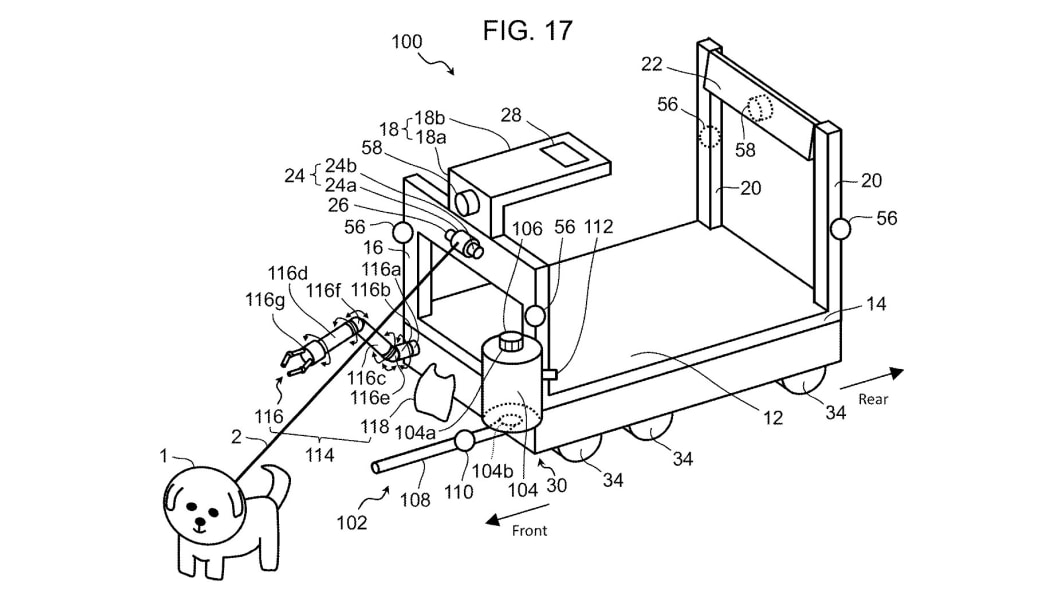 Toyota has patented an autonomous vehicle to help you walk your dog. In the drawings accompanying the filing the vehicle looks like a mail cart, but these are often rudimentary diagrams used only to describe the function, not an actual depiction of the vehicle. What’s more important is what it promises to do.

Toyota calls it a “guidance vehicle” and its most basic function is to take your dog out for a walk along a pre-programmed route while maintaining a distance between itself and the do. However, the patent, brought to light by Motor1, shows that there is much more to the guidance vehicle than that.

Much of the vehicle consists of a low-to-the-ground platform. While the primary purpose is to go for unmanned walks, owners can ride along if they choose and control the vehicle from the platform, allowing for persons with a disability to accompany Fido on a stroll. Or, as the patent illustrations show, Fido can also hop on board if it decides it’s had enough exercise.

In case the dog decides to give chase upon seeing a squirrel, or otherwise deviate from the route, the vehicle will enter what the patent ominously describes as “Discipline Mode”. In reality, it’s just a lock on the leash until it detects that the dog has reverted to its normal walking speed.

The guidance vehicle’s pièce de résistance, though, is its ability to clean up after the pet does its business. Using cameras, the walker can learn the dog’s movements when it’s about to do its business. It can then prepare the appropriate response. If it urinates, a small jet of water will spray the spot where Spot left their mark. If the dog goes Number Two, the vehicle deploys a collection device to scoop up the detritus. Naturally, the vehicle can also use its camera to let the owner know that the dog has done the deed. As a side note, we’ve never read a patent filing with more uses of the word “poop”.

As with many patents, we wouldn’t hold our breaths for the vehicle to hit the market any time soon. But with autonomous technology advancing in cars, it was probably inevitable that someone would use that technology to make life easier for pet owners. Whether the dog will find it as much fun is another story.

PayPal’s Peter Thiel may be a ‘genius’, but I’m still not champing at the bitcoin | John Naughton