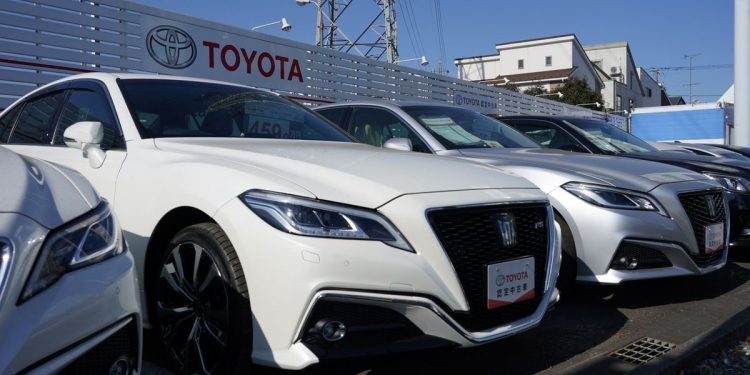 
TOKYO — Toyota Motor Corp. plans to launch a SUV version of the Crown sedan for Japan, China and North America, three people said, revamping a nameplate that has been a showpiece of Japan’s market for nearly seven decades.

The SUV — which will come in hybrid, plug-in hybrid and full-electric models — marks an attempt to bring the 67-year-old Crown more in line with market trends as consumers shy away from sedans, the people said, declining to be identified because the information has not been made public.

Sales of the hybrid are expected to begin in the summer of 2023 and will include exports to China and North America, while the plug-in hybrid is intended for the domestic market, they said.

In the U.S., the Crown will take the Land Cruiser’s spot, becoming Toyota’s most-expensive SUV, above the Sequoia.

The electric model is due to launch in early 2024 and the automaker has yet to finalize export plans, two of the people said.

As part of the overhaul, Toyota, the world’s largest automaker, will also roll out a fully remodeled sedan version of the Crown this summer, the people said.

Both the SUV and the sedan will be manufactured at factories in Toyota City, Japan.

Toyota overtook General Motors as the top-selling automaker in the U.S. in 2021, and has been expanding its SUV and crossover lineup in recent years. In the U.S., it has added the midsize Venza hydrid crossover and the subcompact Corolla Cross.

P&O Ferries suspends ALL passenger services across Channel over Easter