Toyota unveils new GR86 sports car that will cost around £30,000


While other manufacturers are fast-tracking the demise of the combustion engine with the release of electric car after electric car, Toyota is making the most of petrol power while it still can by adding another performance model to its ranks that will get enthusiasts’ pulses racing when it goes on sale next year.

Called the GR86, the coupe is a replacement for the outgoing GT86 and has been co-developed with Subaru and Toyota’s competition arm, Gazoo Racing. 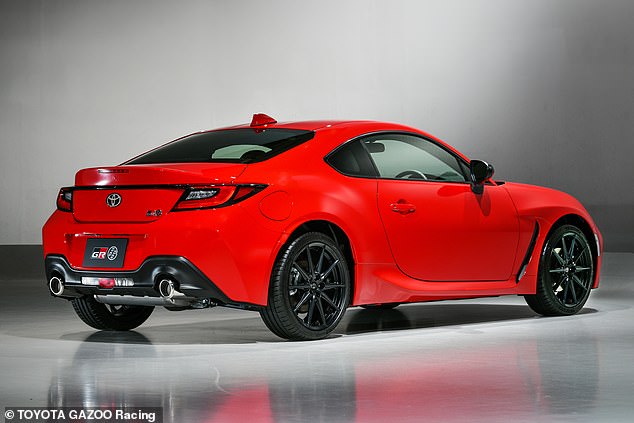 Designed for petrol heads while they can still get their hands on new models: This is the new Toyota GR86 – the latest in a line of performance motors from the Japanese brand

Toyota might not be a brand you would have traditionally associated with high-performance – and relatively affordable – sports cars in recent decades, with the Japanese maker arguably best recognised for leading the green vehicle charge with models like the hybrid Prius.

However, the maker has upped its game in recent years while it can still make the most of the internal combustion engine before bans are enforced on their sales from 2030.

With new petrol and diesel cars prohibited from showrooms by the end of the decade, Toyota has in the last couple of years brought ultra-exciting – driver-focussed – cars to the market.

The recently-released GR Yaris has won plaudits since the hot hatch was released. 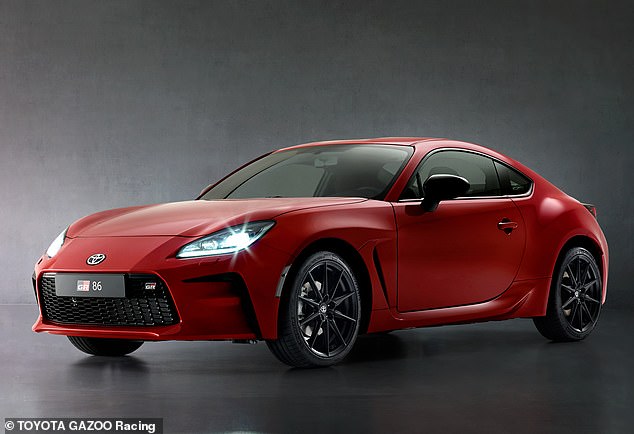 The GR86 is the replacement for the GT86 that went on sale in 2012. It has been developed and tuned by Gazoo Racing – the competition arm of Toyota 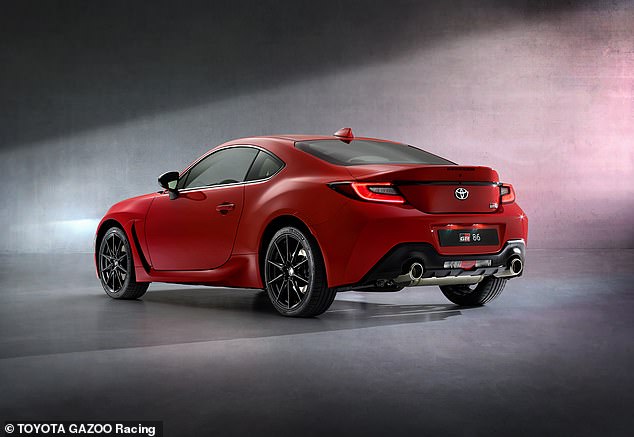 UK performance and pricing details have yet to be confirmed, but we expect prices to start from around £30,000 when it goes on sale in late 2021 or early 2022 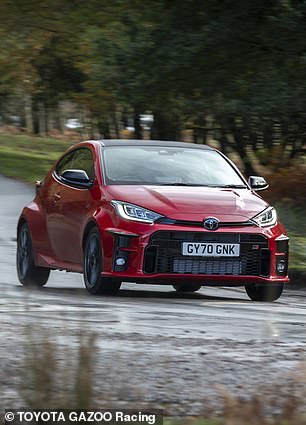 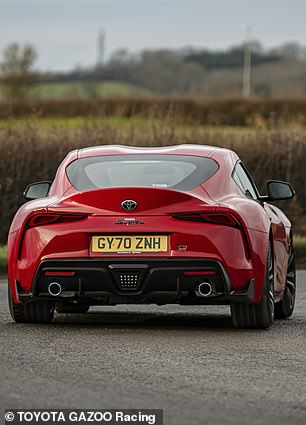 In the last month it has been crowned the UK Car of the Year for 2021 and also had a part to play in the Yaris supermini picking up the European Car of the Year award just weeks earlier.

Already in the firm’s fleet before the rally-inspired Yaris has been the GR-tuned Supra, which was unveiled in 2019 and marked the return of one of the manufacturer’s most iconic performance names.

The new car is almost exactly the same size as the GT86, but has been made more structurally rigid to improve handling performance 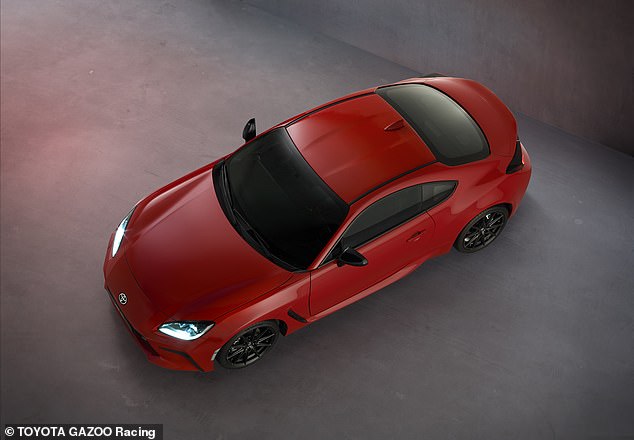 Toyota says it will inherit the ‘essential fun-to-drive characteristics’ of the original GT86, which has amassed more than 200,000 worldwide sales 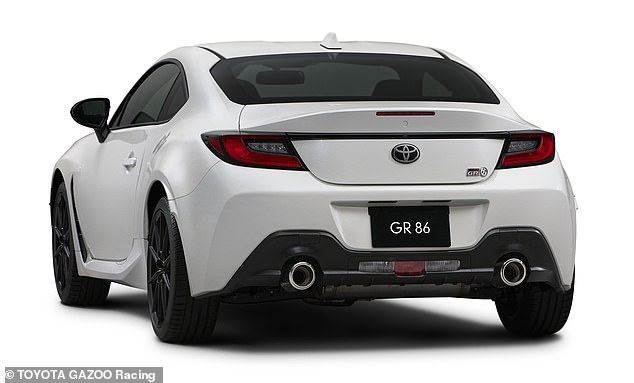 The GR86 is expected to be the lightest four-seater coupe in its class, thanks to weight-saving initiatives such as using aluminium for the roof and body panels

The new GR86 will complete the trio of exciting motors, likely sitting between the two existing models mentioned with a price tag around the £30k mark.

Will it fit in my garage? Toyota GR86 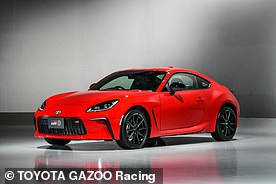 Toyota says it will inherit the ‘essential fun-to-drive characteristics’ of the original GT86, which was launched in 2012 and went on to amass more than 200,000 worldwide sales.

It is expected to be the lightest four-seater coupe in its class, thanks to weight-saving initiatives such as using aluminium for the roof and body panels.

Like the GT86 it has superseded, it will share its chassis with the new Subaru BRZ as well as the same engine: a 2.4-litre naturally aspirated flat-four ‘boxer’ unit.

While images and performance figures for the European market has yet to be released, Japanese versions will produce 232bhp and 250Nm of torque (some 35bhp and 45Nm more than the GT86), with the naturally-aspirated engine revving to 7,400rpm.

It will come as standard across all markets with a six-speed manual gearbox – which was one of the standout features of the GT86 – or the option of upgrading to an auto transmission.

Both send power only to the rear wheels via a limited-slip differential.

From a standing start, it is claimed to be capable of hitting 62mph in 6.3 seconds, which shaves 1.1 seconds off the sprint time of the model it replaces.

Toyota says the chassis is very much based on the one underpinning the GT86 but with more strengthening panels and stronger bonding techniques to improve the body shell’s stiffness, thus sharpening up the handling. 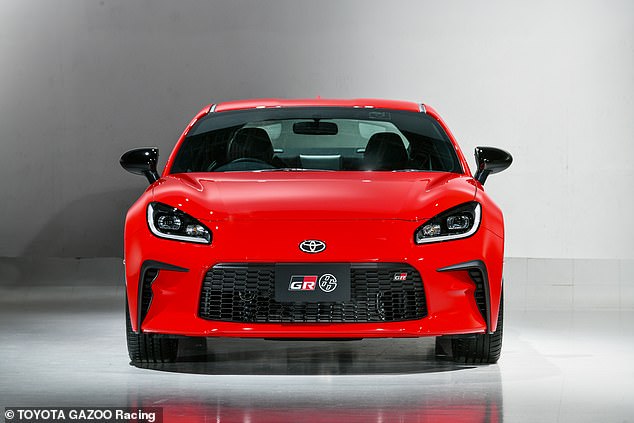 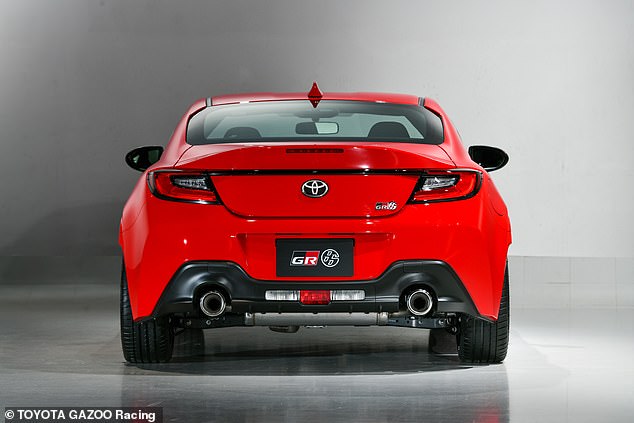 At the back, the chunky rear bumper incorporates a new diffuser and twin exhaust outlets 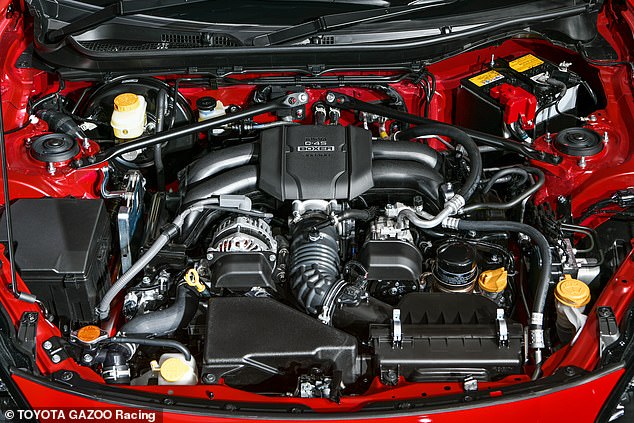 The new GR86 uses a 2.4-litre naturally aspirated flat-four ‘boxer’ unit that produces 232bhp and 250Nm of torque (some 35bhp and 45Nm more than the GT86), with the naturally-aspirated engine revving to 7,400rpm

That means the dimensions are almost identical to the predecessor but rigidity is improved 50 per cent. The kerb weight is unchanged from the previous model at 1,270kg.

While mechanically there are a lot of similarities, on the face of things the GR86 looks quite different to its GT86 counterpart.

Gazoo Racing, which has a background in everything from the World Rally Championship to World Endurance series, has tweaked the styling, including a refreshed headlight and daytime running light arrangement up front and a chunkier  bumper at the rear that also houses a diffuser and a pair of exhaust outlets. 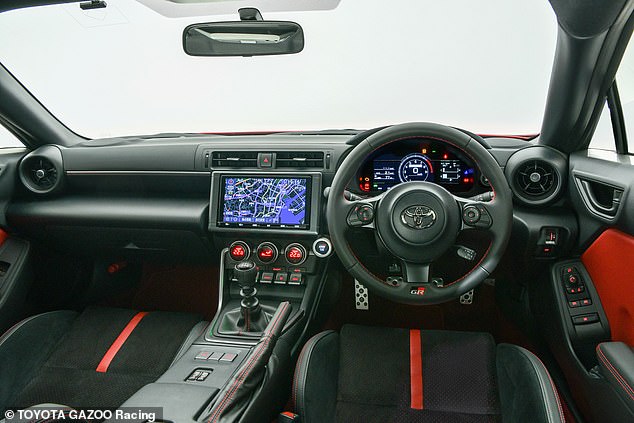 Out goes the relatively poor infotainment system in the GT86 and in its place is a new eight-inch touchscreen, which compliments a completely digital instrument cluster behind the steering wheel 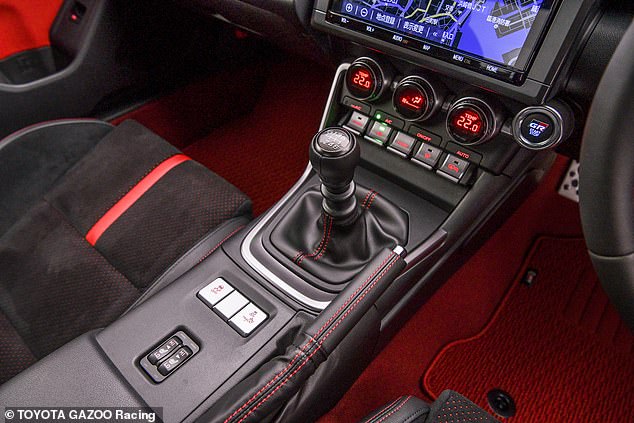 A six-speed manual gearbox will be available as standard. This was one of the best features of the GT86 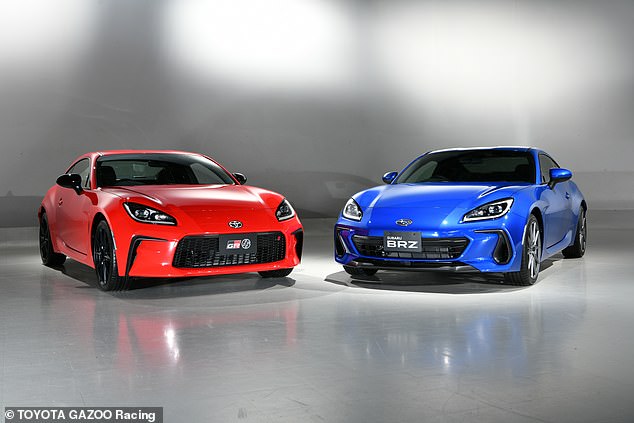 Like the outgoing GT86, the Toyota GR86 will be mechanically the same as a sister Subaru BRZ model

Like the GT86, it’s a two-plus-two sports car, though with limited legroom in the back that won’t be suitable for adults for long journeys.

Out goes the relatively poor infotainment system in the GT86 and in its place is a new eight-inch touchscreen, which compliments a completely digital instrument cluster behind the steering wheel.

Toyota says more details for the UK market will be announced later this year.

For petrol heads, this is one to certainly keep an eye on.

Astrazeneca boss Pascal Soriot to fly back from Australia

How Proof of Insurance Works and Why You Need It

Three books cast their piercing light on Australia’s dark past

Buying plants by mail order: what are your tips? | Consumer affairs