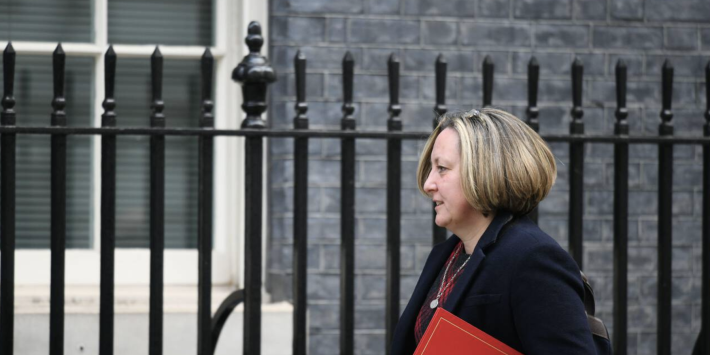 International Trade Secretary Anne-Marie Trevelyan has conceded that Downing Street staff who receive a fixed penalty notice for breaching lockdown rules broke the law after a day of mixed messages from Number 10 on the matter.

On Tuesday the Metropolitan Police issued 20 Fixed Penalty Notices to Whitehall and Downing Street staff over parties held during lockdown, and it is expected that there are still more to be issued. But Number 10 has said it would be wrong to make any statements about the law being broken until the Met has completed its investigation.

Speaking to Sky News on Thursday morning, Trevelyan initially following Downing Street in avoiding committing to whether those who received FPNs broke the law, before she conceded that they had “broken the regulations set in the Covid Act”.

The Covid Act is a piece of emergency legislation passed in 2020 in order to write Covid regulations into law.

“The police deemed that is what they did and therefore they have been fined accordingly,” she added.

“It remains a live investigation and it would not be right for me to give the Prime Minister’s view in the midst of an ongoing police investigation,” a Downing Street spokesperson said.

Johnson’s press secretary added they would not “characterise” it as Boris Johnson disagreeing with Raab but would not say he agreed with the justice secretary’s comments either.

This morning Trevelyan was asked by Sky News multiple times whether recipients of fines broke the law before finally admitting that to be the case.

“As the Met police haven’t published any names or any lists, I think at the moment I want to let them continue their work,” Trevelyan initially answered.

Asked why Boris Johnson won’t answer whether FPNs constitute law-breaking, Trevelyan then responded that the Prime Minister “wants to wait for the whole process” of the met investigation and Sue Gray report to be complete.

The trade secretary remarked she does not believe the Met Police are wrong for issuing FPNs.

“I have no doubt the police are issuing notices on the basis of evidence,” Trevelyan said.

“I want to make sure that we can come back to the House and look at the whole thing in the round once they have completed their review of the process,” she added.

Commenting on Raab’s remark that recipients of FPNs broke the law, Trevelyan said the justice secretary “has a set out a position”.

“I think if you or I get a fine, we’d hopefully pay it and move on from there,” she added.