Training with a virtual Rocky has knockout potential 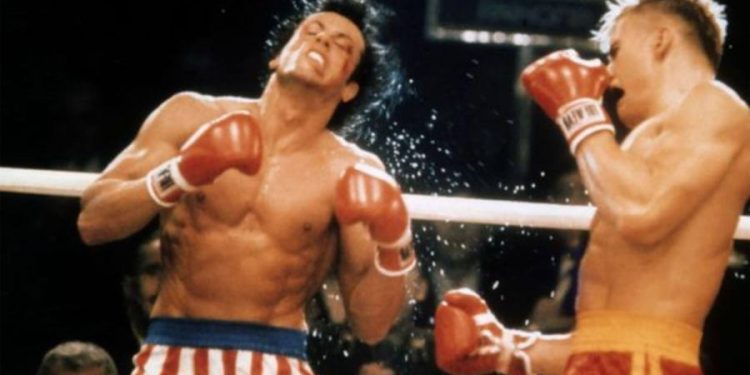 
It’s Friday night and, against all the odds, I’m at the gym. Just me, some punchbags, a boxing ring — and Sylvester Stallone. He beckons me over. I’m out of my depth.

Or am I? I look down. I’m ripped. A fine specimen, on my way to becoming a champion. In this virtual reality world, Stallone is there to keep me on the straight and narrow.

In my real life, there’s trouble. A knock at the door means my curry is here. As I remove my headset, I turn away from my mentor, ashamed, momentarily disoriented and, when I look down, in possession of a quite different physique.

Experts say getting in better shape is about forming better habits. But it’s also about fighting boredom. From the moment that I step onto a treadmill, all I can think about is how long it is until it’s over. Much of the success of Peloton was its ability to bring the live-class vibe, with the motivation and accountability, to the home. Can virtual reality take that to the next level?

The game I’m playing, Creed: Rise To Gloryis based on the Rocky franchise and it’s gripping. Except for a few button commands, there are no controls to learn other than moving my body and hands, and swinging at the progressively more pugnacious opponents. After a few weeks, I can feel the difference in my arms, shoulders and midriff. My Apple Watch logged a 30-minute boxing session where my average heart rate was around 150bpm.

More substantial data has been gathered by San Francisco State University’s kinesiology department, which compared half an hour of VR boxing to 30 minutes of singles tennis. Its research suggested that Thrill of the Fightanother boxing title, gives such a good workout it’s like being on a rowing machine for that time.

The team, which said it has not received funding from any tech company to do its work, places gamers in a lab to measure the effectiveness of VR games as a fitness tool by logging oxygen consumption and heart rate. People didn’t sense they were exercising really hard, says Marialice Kern, chair of the department and part of the VR Institute of Health and Exercise, an independent research group: “Even though their level of oxygen consumption and energy expenditure would put them at a much higher level than they were perceiving for themselves.”

Kern acknowledges that comparisons to “real” exercise are imprecise. There are many differences between real-world and VR exercise, most obviously any resistance, making it a less effective method of strength training: in my game there is no feedback from punching people in the face. (Thankfully, it goes both ways.) You’re limited in movement, as well, depending on your physical space.

The team at the institute is also piloting its own game, called Pacebreakerto adapt gameplay to physical capability like a personal trainer. The creation of good fitness experiences will, however, need to go hand in hand with developments in the hardware. My Oculus Quest headset, produced by Facebook-parent Meta, forms the cornerstone of Mark Zuckerberg’s strategy to create a “metaverse” where millions can digitally exist and collaborate. But a few rounds of boxing leaves it sodden with sweat, steaming up like sunglasses above a Covid-19 face mask.

Still, even in its current form, the technology has tempted me into working out every evening for weeks. And those who want to see the metaverse become a huge success would be wise to focus not on the benefits of the virtual world, but on how VR can be made to make us feel better in the real one too.

Dave Lee is an FT correspondent in San Francisco

How Does Social Media Affect ‘Life Satisfaction’ in Kids?