Trans exclusion from conversion therapy ban ‘a return to Section 28’ 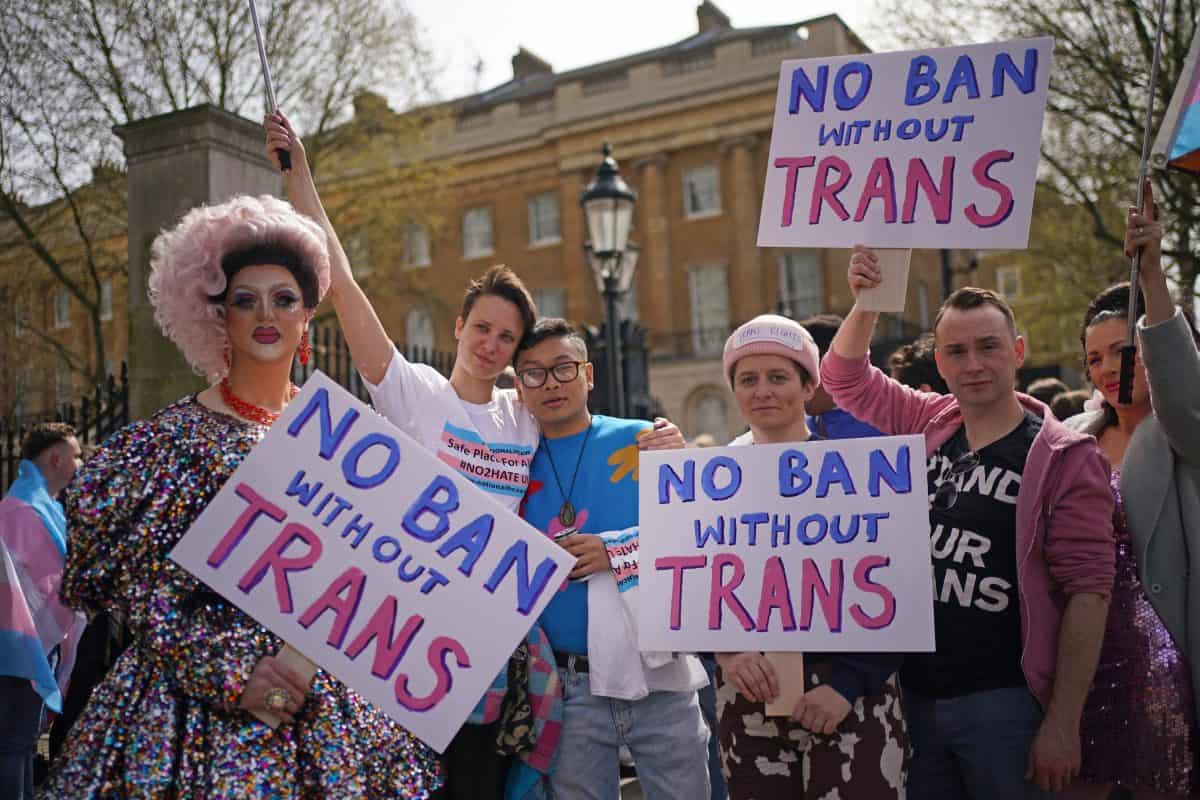 Excluding trans people from the ban on conversion practices marks a return to the “bad old days” of Section 28, a former government LGBTQ adviser has claimed.

A series of laws introduced in 1988 by former Tory prime minister, Margaret Thatcher, prohibiting the “promotion of homosexuality”, the comparison comes after the government’s series of U-turns following plans to scrap the ban altogether.

Ministers were forced to backtrack on their initial decision following fierce criticism, instead pledging to outlaw practices that attempt to change sexual orientation, but not gender identity.

Speaking to TLEJayne Ozanne, a survivor of conversion therapy and director of the Ozanne Foundation, accused the government of undermining the progress made in championing trans rights.

“The public answer is that including trans people in the ban is complex and sensitive, but this is just a smokescreen for an agenda against one of our most vulnerable communities which has, at its heart, something very dark, which for many is the complete erasure of trans people,” she said.

“I’m not saying that’s what the Prime Minister wants, but I think that those around him who have been advising him do happen to have an agenda. I don’t think he understands any of this at all. He’s certainly not listening to the experts who are there to advise him on sensitive and complex issues.”

Conversion therapy (also referred to as ‘cure’ therapy or ‘reparative therapy’) refers to any form of treatment or psychotherapy which aims to change a person’s sexual orientation or to suppress a person’s gender identity.

According to the LGBT rights charity, Stonewall, it is based on an assumption that being lesbian, gay, bisexual or trans is a mental illness that can be ‘cured’, and is viewed as both unethical and harmful by medical professionals and campaigners worldwide.

In a report published by the charity, one in five trans people have been pressured to access services to suppress their gender identity when accessing healthcare services.

Garrard Conley, an American author and LGBTQ activist, described how conversion therapy not only tried to strip him of his sexuality, but also attempted to stifle his creativity and sense of self.

He said: “When I first entered conversion therapy, I had no idea what real therapy looked like – so I thought it might be ethical. But when I was asked to use hate against my father as a tactic for curing myself, I began to understand that conversion therapy was using some very unorthodox methods.

“I’ve been living with the effects of such “treatment” for quite some time, and even though I am not trans, the experience of being “corrected” at every moment has left long-lasting scars which have severely limited my options in life.

“If such rigid gender ideology has affected someone like me, imagine how harmful it would be to a trans person.”

Ozanne was one of three members of the government’s LGBTQ advisory panel who resigned in March 2021, saying she was “astonished at how ignorant” its equalities ministers were, and expressed concern at the “hostile environment” experienced by the LGBT community.

She was followed by James Morton, a manager at the Scottish Trans Alliance, who said he had been “very concerned for several months that Liz Truss and her junior ministers are not committed to LGBT equality”.

Last week, ministers were forced to cancel the UK’s landmark international LGBTQ conference after more than 100 organisations withdrew their support over the “unacceptable” decision to exclude trans people from the ban.

The government’s decision also saw the resignation of its LGBTQ business champion Iain Anderson, who became the latest figure to hit out at the “profoundly shocking” position on banning conversion therapy for transgender people.

“I don’t think you can say the government is pro-equality, pro-compassion or pro-safety. The reasons that the Prime Minister has given, especially the need for “more time”, is complete rubbish. We have been working on this for years – we’ve got international precedence,” Ozanne said.

“The ridiculousness of a government wanting to host a Safe To Be Me conference at the same time as removing the primary form of safety that we’ve been looking for, especially for the trans community, I don’t think is lost on anybody.”

Thousands of protestors gathered outside Downing Street last Sunday, with similar action in Dublin and Belfast, calling for transgender people to be included in the ban on conversion practices.

They could be heard shouting “keep trans in the ban” and “LGB with the T”, while many demonstrators waved the pink, white and blue transgender pride flag in a clear display of unity.

Peter Tatchell, the prominent LGBTQ activist and human rights campaigner, told TLE: “The Prime Minister appears to have taken a decision to appease those who oppose protection for trans people and who support attempts to turn them cisgender.

“Excluding trans people from protection against abusive, harmful conversion practices is shameful. It is a callous betrayal that will leave vulnerable trans people at the mercy of exorcisms, abuse, emotional blackmail and psychological brow-beating.

“This exclusion calls into question the government’s commitment to LGBT+ rights. It looks like a divide and rule tactic. Under Boris Johnson’s premiership, progress has stalled on LGBT+ rights. We feel very pessimistic about the future.

The Conservative Party has pledged to end conversion practices for almost four years, and has been promised by ministers on 35 occasions, but no legislation has been introduced, according to the New Statesman.

The Tory MP Dehenna Davison, who came out as bisexual in October, tweeted: “We had such a huge opportunity to prove the UK (and the Conservative Party) is a defender of freedom.

“As a Conservative member of the LGBT+ community, it is so wrong it has come to this.”

Related: Got a spare £1.50? You could see Nigel Farage live