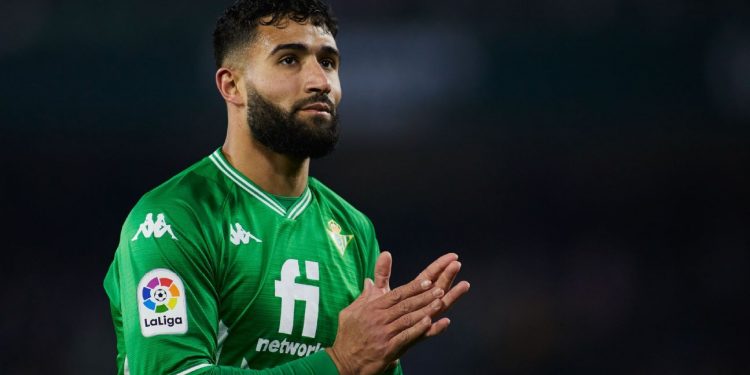 The 2022 January transfer window is closed, but there’s still plenty of gossip swirling about who’s moving where. Transfer Talk brings you all the latest buzz on rumours, comings and goings and, of course, done deals!

Barcelona president Joan Laporta is said to be readying a bid of €60 million for Real Betis midfielder Nabil Fekir, according to Sport.

Fekir has been impressive for the Spaniards following his move from Lyon in 2019, scoring 19 goals and adding 20 assists in his first 100 appearances and forming a dangerous attacking trident alongside Sergio Canales and Juanmi.

Fekir’s form saw him recently rewarded with a new contract that runs until 2026, with the Frenchman joining teammates Borja Iglesias, Canales and Alex Moreno in putting pen to paper on a prolonged stay under boss Manuel Pellegrini.

News of Fekir’s extension is said to have frustrated Laporta, but he remains undeterred and prepared to plot a big-money move for the 28-year-old. Betis, though, are said to be only willing to let him go for a figure closer to €80m.

That figure could be an issue for Barca, who are not only planning a bid for Borussia Dortmund prodigy Erling Haaland in the summer, but who also need to reinforce throughout the side, particularly in defence.

– Chelsea’s Cesar Azpilicueta is out of contract in June, and Sport believes the defender is edging closer to a move to Barcelona. They believe the 32-year-old has an agreement in principle to join the Catalan club later this year, and his versatility across the defence could be invaluable to Xavi Hernandez’s new-look defence. Andreas Christensen could follow his captain to the Nou Camp too, with Barca also reportedly working on getting a second free agent from west London in a boost bolster their back line.

– Antonio Conte has made no secret of his desire to strengthen his Tottenham side in the summer, and top of his wanted list appears to be AC Milan’s Franck Kessie, followed by Internazionale’s Arturo Vidal. Sport says Spurs have made a “powerful offer” for Kessie, despite the fact that he’s reportedly already agreed terms with Barcelona. Vidal, meanwhile, played under Conte at Inter and is also out of contract in the summer. However, Spurs face competition from Aston Villa, Marseille and Galatasaray.

– Following Ralf Rangnick’s statement of the obvious need for a new striker for Manchester United, the club appear to be turning their attentions to Alexander Isak or Patrik Schick, according to the Daily Mail. Arsenal have been heavily linked with Real Sociedad striker Isak but the Gunners were reluctant to pay the Sweden international’s release clause of £75m. Schick is another option, and the Bayer Leverkusen man has netted 18 times in 22 appearances.

– Fresh from signing Niklas Sule, Borussia Dortmund are now working on bringing in Karim Adeyemi for next season, according to Fabrizio Romano. The 20-year-old striker has scored 14 goals in 17 matches in Austria’s top flight for Salzburg, plus a further three goals in the Champions League. Adeyemi has been strongly linked with a move to Signal Iduna Park for some time, following in the footsteps of Haaland, who made the same move in 2020.

– AC Milan’s Alessio Romagnoli is out of contract in the summer, and has been linked with a move to Serie A rivals Juventus and Lazio. That is according to CalcioMercato, which suggests that Romagnoli’s agent, Mino Raiola, would prefer that the defender would join Juve.