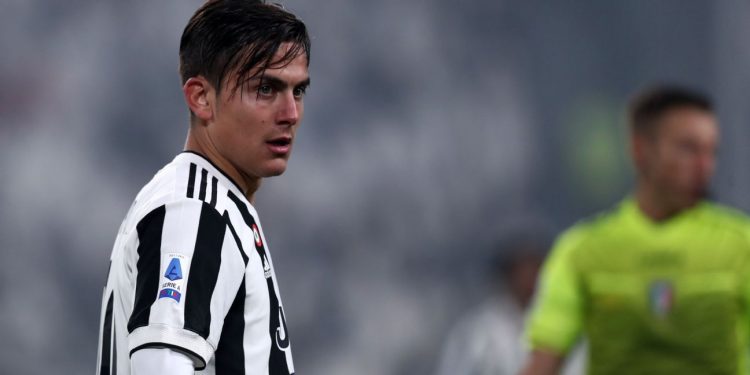 The summer transfer window is approaching, and there’s plenty of gossip swirling about who’s moving where. Transfer Talk brings you all the latest buzz on rumours, comings and goings and, of course, done deals!

Newcastle United are seemingly ahead of Arsenal in the chase for Juventus’ Paulo Dybalaaccording to Corriere Dello Sport.

The 28-year-old Argentina forward is looking for a new project which places him at centre stage next season, and the No. 10 is hoping he can find solace in the Premier League.

Dybala is available on a free transfer at the end of the season, and he’s expressed a desire to leave Italy. So far, Newcastle, Arsenal and Tottenham Hotspur have made tentative enquiries, though the Argentine hasn’t ruled out a switch to AC Milan.

Newcastle could have the upper hand, however, given their ability to offer a bumper contract.

Arsenal and Tottenham could be in the market for attacking players if players such as Alexandre Lacazette and Harry Kane move on.

Newcastle are looking to enhance their own strike options with Chris Wood struggling since his move in January, and Callum Wilson a regular on the treatment table.

– Kylian Mbappe has been offered €150 million to stay at Paris Saint-Germain for two more seasons, but the Frenchman is hoping Real Madrid can offer a similar or better package, according to Guillem Balague. The Spanish journalist believes there are no other clubs in the bidding for 23-year-old Mbappe, but that the striker has doubts about his dream move to the Bernabeu because of the proposed package his current employers have put together. If The whites can offer the same or better, though, then Mbappe is likely to complete a switch in the summer.

– Villarreal are keen to keep Young Lo Celso beyond the end of the season, when his loan spell is set to end, according to Fabrizio Romano. The Spaniards want to open talks with Tottenham about a permanent move, for there’s no clause to buy included in the current loan deal. Villarreal boss Unai Emery was keen to complete a deal in January, when Lyon expressed an interest in the 25-year-old. Lo Celso once again impressed, this time in Villarreal’s 1-0 win over Bayern Munich in the Champions League.

– As well as closing in on Ajax Amsterdam’s Ryan GravenberchBayern Munich are also set to swoop for his teammate — and free transfer — Noussair Mazraoui. This is according to Sport1, who believe that despite Barcelona leading the race for the Morocco right-back for the last few weeks, Bayern are close to pip them to the 24-year-old’s signature in a deal that will take him to Germany until 2027. Mazraoui is set to earn €4m a season with the German giants.

– With sources telling ESPN that Ajax boss Erik ten Haag is close to taking over at Manchester United, the Sun believe his first target will be Wolverhampton Wanderers star Ruben Neves. Ten Haag believes 25-year-old Neves has the right attributes to succeed at Old Trafford, and could compliment his other transfer targets, Spurs’ striker Harry Kane and West Ham United midfielder Declan Rice. Wolves boss Bruno Lage, however, is keen to keep Neves at Molineux and says United will need to offer £100m.

– Nikola Milenkovic is a target for Juventus in the summer, according to Calciomercato. The Serbia midfielder has impressed for Fiorentina this season and has been a target for the Old Lady before. Juve are said to have been in contact with the 24-year-old’s agent Fali Ramandani, with Juve boss Massimiliano Allegri keen to add the defender’s versatility to his squad. Milenkovic is capable of playing in the centre or on the right side of defence.