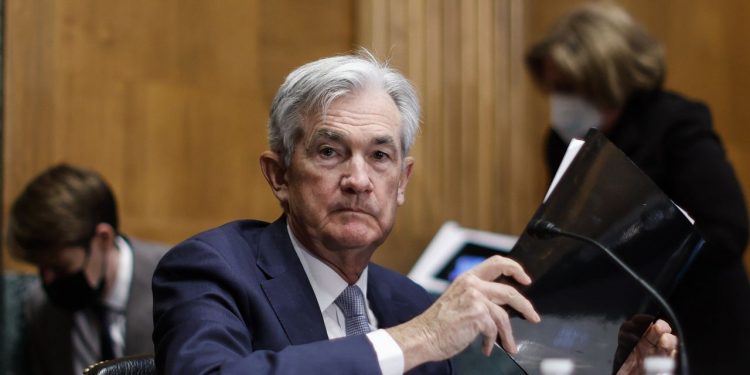 “Not every Fed hiking cycle leads to a recession, but all hiking cycles that invert the curve have led to recessions within 1 to 3 years,” said Jim Reid, head of thematic research at Deutsche Bank, in a note emailed Wednesday. “The problem with the Fed hiking cycle that starts today is that there is a decent likelihood that the curve inverts relatively early on.”

With inflation so high, “there is not only a strong risk that the curve inverts relatively early, but that the Fed will need to continue hiking anyway,” he wrote. U.S. inflation, gauged by the  consumer-price index, has risen to the second highest level “at the start of any post-war hiking cycle.”

Some investors have worried that the Fed could tip the economy into recession should it become too aggressive in raising its benchmark interest rates in an effort to battle rising prices. The Fed’s two-day policy meeting concludes Wednesday, with Chair Jerome Powell’s ensuing press conference scheduled for 2:30 pm Eastern Time.

Reid’s note detailed every Fed hiking cycle over the last 70 years, how long it took for a recession to follow, the shape of the yield curve, and the rate of inflation at the start of the central bank’s first rate increase. “We’ve ordered this by length of time from first hike to recession to demonstrate that the quickest recessions following hikes were associated with an inverted curve by the time the Fed stopped hiking,” he wrote.

The yield on the 2-year Treasury note
TMUBMUSD02Y,

climbed to 2.160% to also reach a 52-week high Tuesday. That resulted in a yield curve spread of around 0.30 basis points.

“None of the US recessions in the last 70 years have occurred until the 2s/10s have inverted,” Reid wrote. “On average it takes 12-18 months from inversion to recession.”