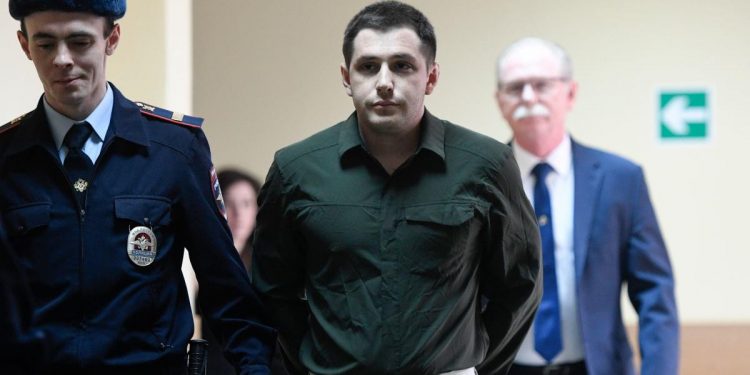 Russia and the U.S. have swapped prisoners, securing the release of former U.S. Marine Trevor Reed. Reed was jailed in 2020 on assault charges stemming from a drunken night out in Moscow the previous year. Russia’s Foreign Ministry said he was released after a “lengthy negotiation process” in exchange for Russian national Konstantin Yaroshenko, who has been jailed for more than a decade in the U.S. on drug smuggling charges.

Reed’s family released a statement confirming his release, saying their “prayers have been answered and Trevor is safely on his way back to the United States.”

The White House released a statement in which President Joe Biden said he had informed the family of Reed’s freedom.

“We welcome home Trevor Reed and celebrate his return to the family that missed him dearly,” Mr. Biden said in the statement. “I heard in the voices of Trevor’s parents how much they’ve worried about his health and missed his presence. And I was delighted to be able to share with them the good news about Trevor’s freedom.”

Mr. Biden thanked Special Presidential Envoy for Hostage Affairs Roger Carstens and U.S. Ambassador to Russia John Sullivan, among others, for their “tireless and dedicated work” to secure Reed’s release. The president said the negotiations “required difficult decisions” that he did “not take lightly,” and he vowed that his administration would keep working to get another former U.S. Marine, Paul Whelan, and professional basketball player Brittney Griner out of Russian prisons, too.

Whelan has been jailed since 2018, serving a 16-year sentence on espionage charges that the U.S. and his family say are fabricated. Griner has been held in Russia since mid-February on drug charges.

A U.S. official told CBS News chief foreign affairs correspondent and “Face the Nation” moderator Margaret Brennan that the Wednesday prisoner swap was not any indication of broader diplomatic engagement with Russia amid the standoff over the war in Ukraine.

The Associated Press said Wednesday’s prisoner swap was carried out in a European nation, with flight tracking services showing a Russian prison plane landing in Turkey’s capital of Ankara earlier in the day. The AP said the U.S. Bureau of Prisons had updated its website overnight to reflect that Yaroshenko, a Russian pilot who was convicted of smuggling cocaine into the U.S. in 2010 and sentenced to 20 years, was no longer behind bars.

Yaroshenko’s lawyer Alexei Tarasov was quoted by Russia’s Interfax news agency as saying that his client was “now heading home.”

Reed was sentenced to nine years in prison in 2020 after being convicted of assaulting two Russian police officers. He always maintained that he had no recollection of the incident and pleaded not guilty. The U.S. government had raised concerns about the fairness of his trial.

Only two weeks ago a Russian court dismissed Reed’s legal appeal against his conviction and prison sentence and sent the case down to a lower court. The decision was lamented by U.S. Ambassador to Russia John Sullivan, who said at the time that Reed “remains in prison for a crime he didn’t commit.”

Reed’s family has voiced serious concerns for his heath, saying they believe he contracted tuberculosis in prison and that he was not receiving proper medical care despite Russia’s prison service saying earlier in April that he had been transferred to a prison hospital.

In a statement released on April 11, Reed’s parents said they had managed to “re-establish indirect contact” with their son after not hearing from him for almost a week.

Tucker Reals is the CBSNews.com foreign editor, based at the CBS News London bureau.