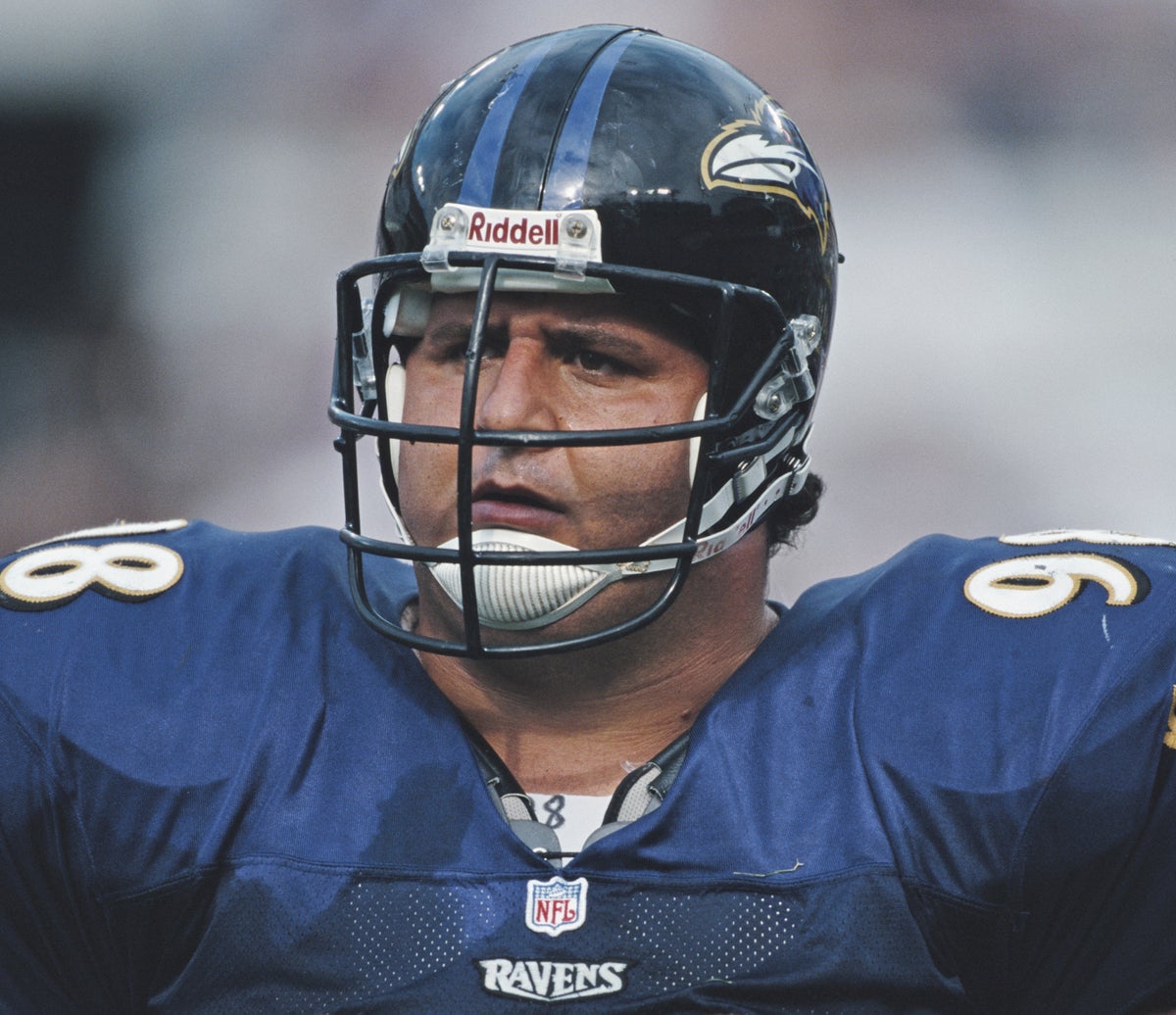 Tributes are being paid to Tony ‘Goose’ Siragusa, the Baltimore Ravens defensive lineman who has died at the age of 55.

Teammates of Siragusa, who won a Super Bowl title with the Ravens during the 2000 season, initially reported the death of the one-time player, who grew up in New Jersey.

There was no immediate cause of death given.

Reporters in Baltimore, where Siragusa spent the last five of 12 seasons in the NFL, said his death had been confirmed to them by several sources.

ESPN later said his death had also been confirmed by Indianapolis Colts owner Jim Irsay, who said he was “heart broken as is all of Colts Nation”.

The news was first broken by TMZ. The 6ft 3in, 340-pound defensive tackle started his NFL career with the Indianapolis Colts as an undrafted free agent in 1990 and became a full-time starter by the 1992 season.

Later, in 1997, he signed with the Baltimore Ravens, and went on to be an integral part of the team that famously won the Super Bowl in 2000.

“The Goose, Tony Siracusa has passed away at 5. I’m heart broken as is all of Colts Nation,” Irsay wrote on Twitter.

He added: “The Goose squeezed 200 fun loving years into 55!! He was one of the most physically strongest players I have ever seen in 50 years. In Greece, they would ask 1 question at the end of one’s life; Did He Have Passion? In Tony’s case.. Yes He Did!!”

He won a Super Bowl championship with the Ravens, who defeated the New York Giants 34-7 in Super Bowl XXXV. During that regular season, he had two sacks and 28 tackles, his statistics show.

Ravens sportscaster Gerry Sandusky tweeted that Siragusa had died one day after the passing of another former player, linesman Jaylon Ferguson, who passed away at the age of 26.

“We are profoundly saddened by the tragic passing of Jaylon Ferguson,” the Ravens said in a statement.

“He was a kind, respectful young man with a big smile and infectious personality. We express our heartfelt condolences to Jaylon’s family and friends as we mourn a life lost much too soon.”

Sandusky said it was one of the “saddest days in Ravens history”.

“The deaths of Jaylen Ferguson and Tony Siragusa on the same day leaves every Ravens fan stunned,” he added.

“A player so young with potential, and a legend who brought so much joy and impact to the field. Gone. Tough to wrap your head around.”

After his retirement, Siragusa was a sideline analyst for Fox Sports from 2003 until 2015.

For his career, Siragusa had 404 tackles, 22 sacks and five forced fumbles.