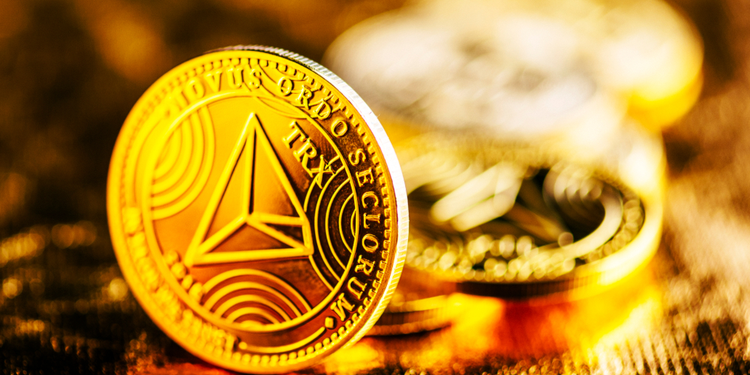 
The crypto market has pulled back after the end of March rally. Tron (TRX) has been hit hard, and it seems like the coin is starting to get bearish barely days after posting one of the best uptrends this year. The coin could plummet even further before consolidation. Here are some of the key facts: 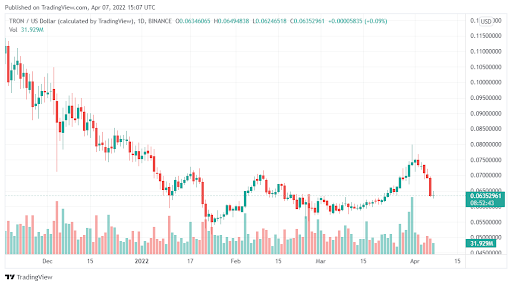 There were a lot of positive outlooks on Tron last month. The coin had managed to post a 30% counter-trend rally which would later give way to a sustained bull run that saw TRX hit 2022 highs.

Based on this, it was expected that overall, the coin would continue to post gains and even test $ 0.2 in the near term. But the bullish trend appears to have sharply reversed. TRX has lost a lot of value this week, and its 3-day candle now points to a bearish outlook.

TRX also remains very far away from the next overhead resistance. This suggests that bears are now in control and will look to take the price to $0.05 before any other bull run. This will represent sustained losses over the last week of nearly 30%. However, a close above $0.82 will invalidate this prediction.

Should you stay away from Tron?

For now, TRX remains highly risky so it may be best to stay away for a while. Since the coin is already on a downtrend, buyers can wait to see how soon it will bottom at $0.05.

Once it hits this price, it is likely that TRON will consolidate. This will be the perfect time to buy, provided overall conditions in the market are positive.

Trump rally today: Ali Alexander to cooperate with DoJ, as records of gifts to ex-president ‘missing’

Trump rally today: Ali Alexander to cooperate with DoJ, as records of gifts to ex-president ‘missing’