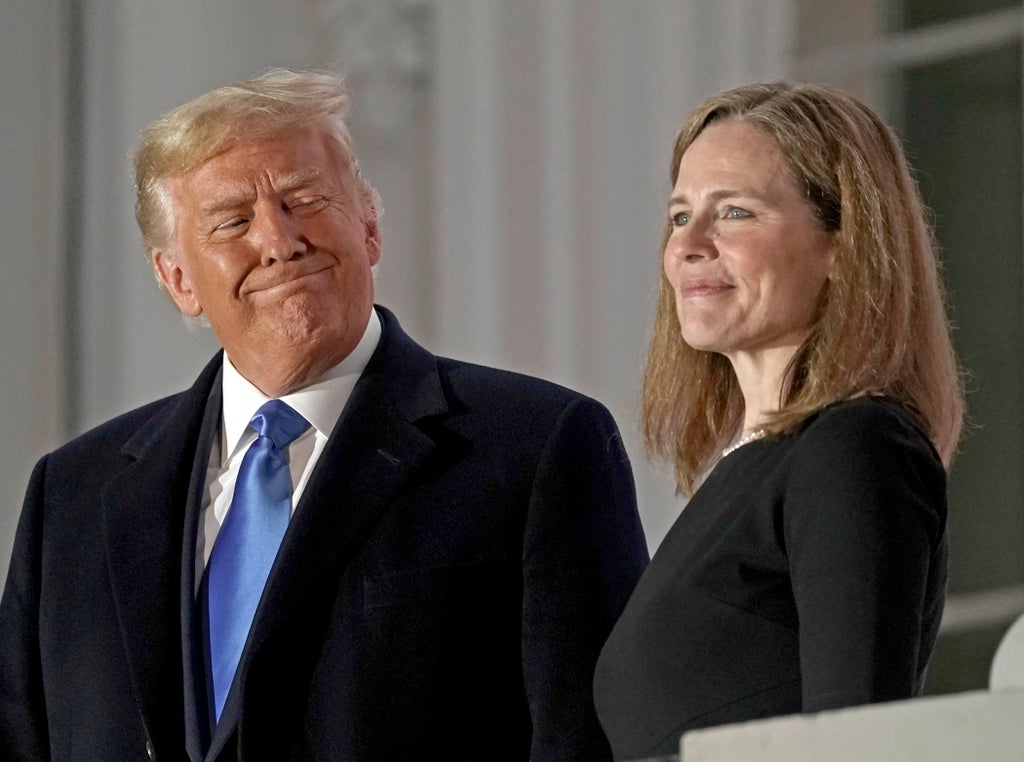 These days, there’s no love lost between Donald Trump and many of his former allies. In an interview on Monday, the former president trashed his vice president Mike Pence, and said he was “disappointed” that the conservative majority on the Supreme Court he helped engineer hasn’t decided major cases his way.

During his time in office, Mr Trump appointed a rare three justices to life-time appointments on the Supreme Court: Neil Gorsuch, Brett Kavanaugh, and Amy Coney Barrett, all of whom are staunch conservatives.

And while the 6-3, right-leaning court threaten bedrock rulings like Roe v Wade, which established protections for abortion rights, it has at times gone against what Mr Trump likely wished and expected.

Last week, in a 7-2 decision, the court held that that Donald Trump, Texas and 19 other states challenging the Affordable Care Act did not have standing to attack the landmark 2010 healthcare law, arguing that they hadn’t shown a concrete injury to them under the policy, which now imposes a $0 penalty on those without insurance.

While in the White House, Mr Trump promised to replace Obamacare while holding onto key provisions like protecting those with pre-existing conditions. A replacement was never created, and the Trump administration took the rare step of ceasing to defend the ACA in court.

The high court has also struck out against Mr Trump in other ways, allowing New York prosecutors wide-ranging access to his financial records as part of a series of escalating criminal investigations into his business dealings, which he called “the greatest political Witch Hunt in the history of our Country”.

“The Supreme Court never should have let this ‘fishing expedition’ happen, but they did,” Mr Trump said in a statement at the time. “This is something which has never happened to a President before, it is all Democrat-inspired in a totally Democrat location, New York City and State, completely controlled and dominated by a heavily reported enemy of mine, Governor Andrew Cuomo.”

Mr Trump also lashed out at his former vice-president Mike Pence, who he incorrectly and falsely argued could’ve stopped Congress from certifying the 2020 election results.

“Well, I’ve always liked Mike and I’m very disappointed that he didn’t send it back to the legislatures when you have more votes than you have voters in some cases, and when you have the kind of things that were known then,’ Mr Trump said, adding, “‘I think you may have found that you would have had a different president right now had he sent them back.”

The former president has been keeping his name in the headlines as he mulls a potential 2024 presidential comeback campaign.

The Ascent dev says it’s on the case as players discover PC version lacks DLSS and ray tracing on Game Pass but not Steam • Eurogamer.net

Thinking of rescinding an offer : RealEstate