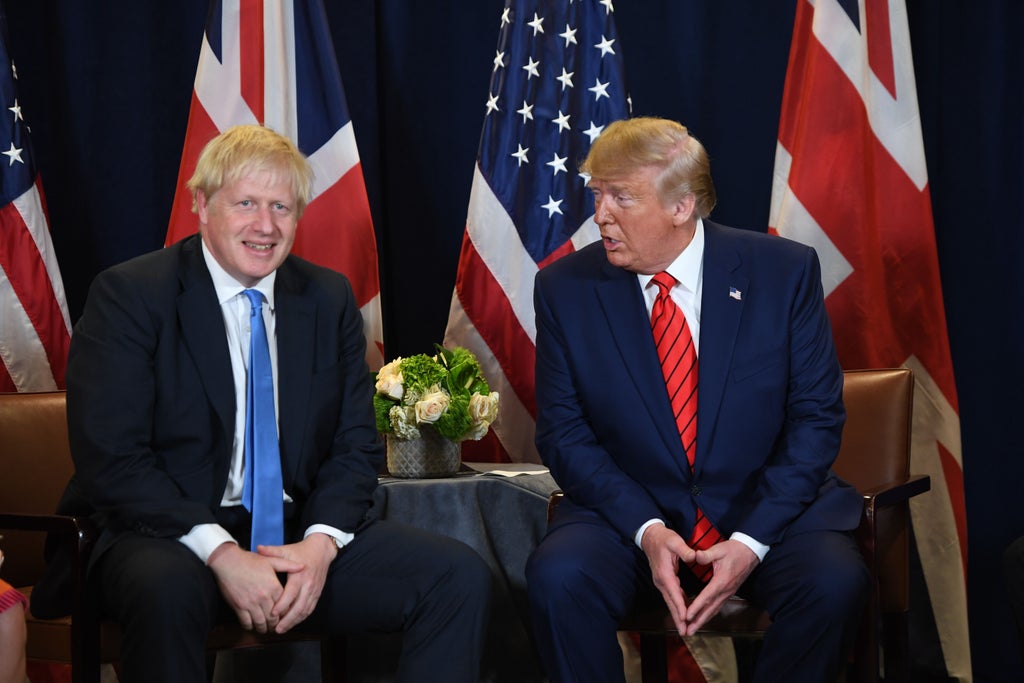 Donald Trump and Boris Johnson spent a meeting chatting about almost anything but politics, according to a former aide to the ex-president.

The Washington Post has obtained a copy of I’ll Take Your Questions Now, an upcoming tell-all book from Stephanie Grisham, Mr Trump’s third press secretary. One of the reporters who wrote the Post’s story, Josh Dawsey, says the report leaves out some of the more interesting conversations Ms Grisham reveals.

“She describes a series of startling interactions with other world leaders,” Mr Dawsey tweeted on Tuesday. “Once, Trump and Boris Johnson, she writes, spent much of a meeting discussing how gallbladders work, the many deadly creatures of Australia and why rich guys love space.”

The bizarre chat is just one of many explosive claims Ms Grisham makes in her book, which both Donald and Melania Trump have strenuously denied.

In addition, Ms Grisham says the former president once warned Russian president Vladimir Putin before a press conference that he was about to “act a little tougher with you for a few minutes”, but it was only “for the cameras”.

“Stephanie didn’t have what it takes and that was obvious from the beginning,” Mr Trump said in a statement tweeted out by his spokeswoman, Liz Harrington.

“Now, like everyone else, she gets paid by a radical left-leaning publisher to say bad and untrue things. Too bad that sleaze bag publishers continue to report this very boring garbage.”

Similarly, Melania Trump – for whom Ms Grisham once worked as chief of staff – accused the memoir of “mistruth”.

“The intent behind this book is obvious,” Ms Trump’s office said in a statement. “It is an attempt to redeem herself after a poor performance as press secretary, failed personal relationships, and unprofessional behavior in the White House. Through mistruth and betrayal, she seeks to gain relevance and money at the expense of Mrs Trump.”