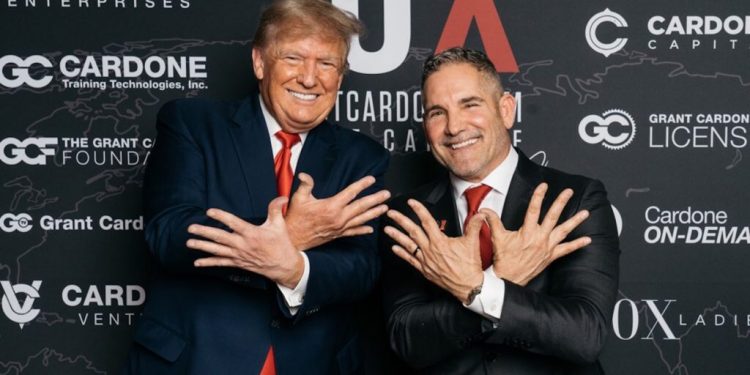 Former President Donald Trump made an unannounced appearance at the conference of real estate guru Grant Cardone on Friday, where he teased a future run for president, suggested he could have prevented the war in Ukraine and reflected on his career in the housing industry.

Trump’s surprise appearance took place at the 10X Growth Conference in Hollywood, Florida. Speaking from the event stage, Cardone introduced the former president as “probably the best marketer on planet Earth with probably the strongest brand in the world,” according to video of the event that Cardone’s organization provided to Inman. Moments later, the video shows, Trump walked out on stage to rapturous applause while “God Bless the USA” played over the sound system.

News of Trump’s appearance at the event was first reported by The Real Deal.

Trump began his nearly hour-long remarks by stating that he “pretty easily” won the 2020 election against Joe Biden — a claim that has been repeatedly disproven — and saying that “we may have to do it again.”

Cardone later explicitly asked Trump if he planned to run again for president. Trump replied, “I’m looking at it very seriously, obviously.” However, due to “ridiculous campaign finance laws,” Trump said he can’t yet officially make an announcement about the next presidential election, adding that he would wait “until the appropriate time” and that “people are going to be very happy.” The comments all but seemed to confirm Trump’s plan to run again, and were met with applause and cheers. 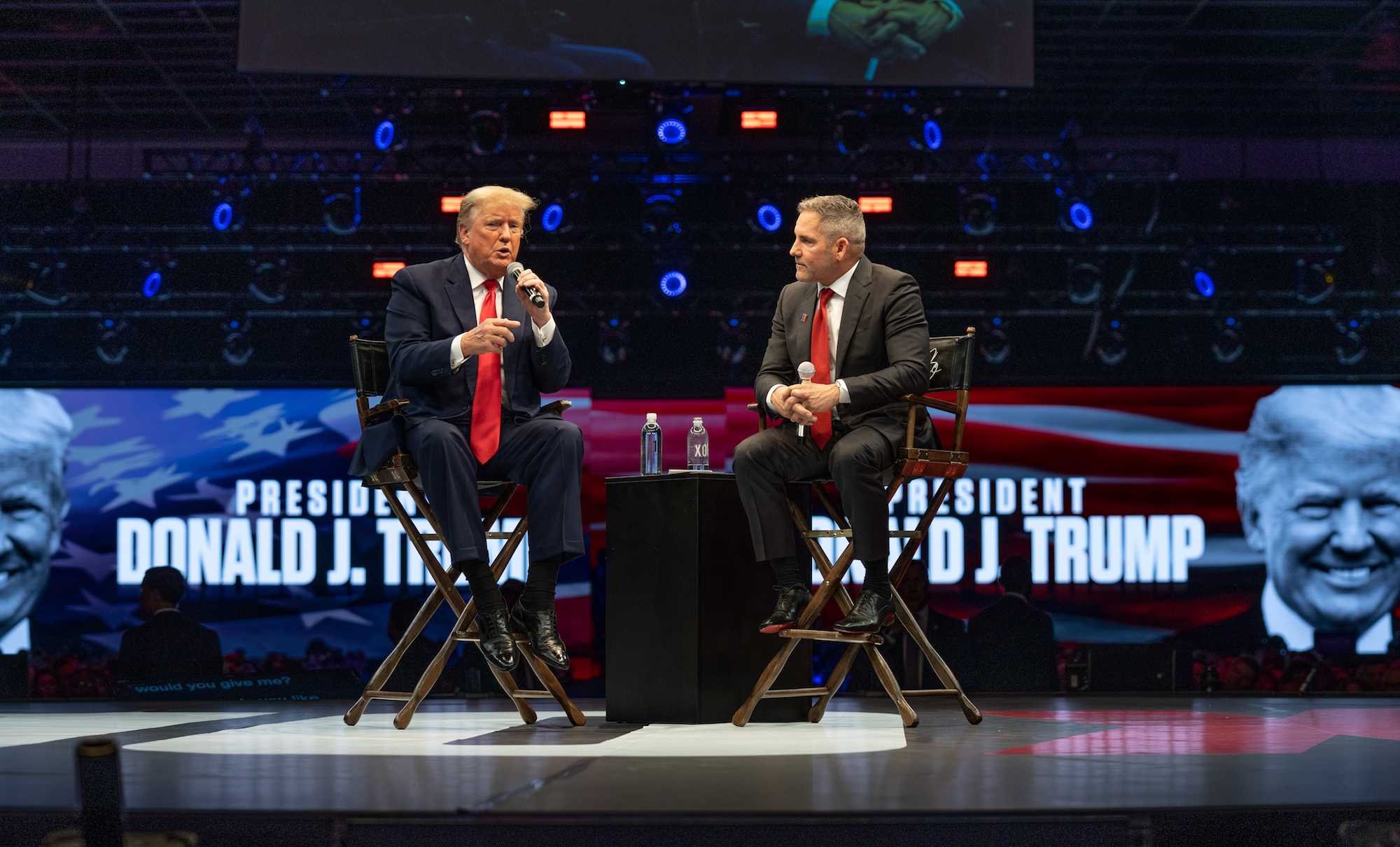 Later in his address, Trump said he gets “along with the tough ones,” before running through the names of several foreign dignitaries, including Russian President Vladimir Putin. Trump described Putin as “a changed man” and argued that his ability to get along with such international strongmen “is a good thing.”

Trump then went on to discuss Ukraine, which is several weeks into fending off an invasion from neighboring Russia. Trump said of the conflict that “this mess would’ve never happened” — seeming to imply that he believes the invasion would not have taken place if he were still president. Trump later described threatening Putin.

“I said, ‘Vladimir, what do you feel about Ukraine?’ He told me, told me, very strong feelings about Ukraine,” Trump said, adding that he then told Putin, “You and I have a great relationship, we get along, but if you go into Ukraine, I will hit Russia harder than it’s ever been hit.”

In a statement Monday, Cardone described the conference as “incredible.” The statement goes on to say the gathering was the “most impactful business conference designed for entrepreneurs, sales professionals and business owners.”

Cardone has long been a prominent figure in the real estate investing community due to his company, which according to the statement includes $4 billion in real estate assets, as well as his role as a speaker and author. However, he has recently gained attention in the brokerage and agent community for striking up a partnership with eXp Realty. Among other things, Cardone appeared on stage last fall with eXp founder Glenn Sanford, where the two leaders discussed the housing market.

On stage Friday with Trump, Cardone asked the former president about his real estate career. Trump replied that he has loved working in the industry and that “real estate has got to be a part of a portfolio.”

Lord of the Rings: Why Galadriel Was the Only Ringbearer to Keep Her Ring