While Trump did not endorse in the gubernatorial primary, he played a big role in the contest to replace retiring Republican Sen. Rob Portman. He upended the race in mid-April when he backed Vance, the venture capitalist and “Hillbilly Elegy” author who was an unabashed critic of Trump in 2016 but now says his initial judgment of him was wrong.

Trump called Vance to congratulate him on his win Tuesday night, according to a source familiar with the call. CNN’s Gabby Orr reported that the former President monitored the election results with friends and aides at Mar-a-Lago, one of whom said he was “relieved” by Vance’s come-from-behind win.

Trump’s endorsement of Vance had created a jolt of momentum for the author, helping him roughly double his support between a Fox poll in March and another one in April.

Vance thanked Trump in his victory speech Tuesday night, saying the 45th President had shown America an example “of what could be in this country,” pointing to an upward trend in wages when Trump was president.

After a bruising primary race filled with negative ads in the closing weeks, Vance devoted part of his speech to calling for unity in the GOP, taking time to compliment several of his top rivals. When Vance mentioned former state treasurer Josh Mandel — leading some in the crowd to boo — the author held up his hand and said, “No,” signaling for them to stop. He called Mandel “a dedicated public servant from the Marine Corps to the state treasurer’s office” and told Mandel supporters that he hoped to earn their support.

“We need to unify to fight Tim Ryan,” Vance said, referring to the Ohio congressman who won the Senate Democratic primary, CNN projected Tuesday night. Ryan defeated Morgan Harper, an attorney and former senior adviser at the Consumer Financial Protection Bureau. “It’s our Republican Party, ladies and gentlemen. It’s the party of working people all across the state of Ohio, and it needs to fight and it needs to win,” Vance said.

In a preview of the general election battle to come in a state that Trump won by 8 points in 2020, Vance tried to tie Ryan to President Joe Biden. 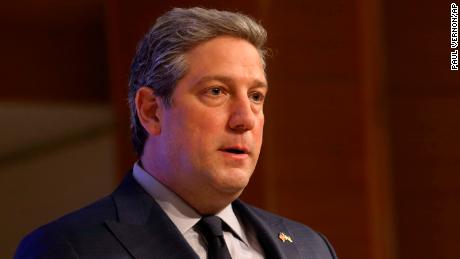 In his own election night speech, Ryan made a broader call to voters of all political persuasions — a nod to the reality that he’ll need Republican support to win in November.

“Look, I’m not here to get in a fight. I’m not going to win on Election Day and try to punish 50% of the people that are living in this state or in this country,” Ryan said. “We are here to heal, we are here to become Americans, we are here to come together.”

Most of the other top GOP candidates vying for Ohio’s Senate seat — including Mandel, businessman Mike Gibbons and former state party chair Jane Timken, who all sought Trump’s endorsement — had hammered Vance for his past statements about Trump, arguing that they raised questions about his authenticity as a conservative.

Club for Growth Action, which had supported Mandel, pounded that theme in the closing days of the race — seeking to capitalize on the fact that roughly a quarter of GOP primary voters were still undecided, according to the April Fox poll. Half of those who had expressed a candidate preference in that poll had said they could change their minds.
State Sen. Matt Dolan, the only Republican who had urged the GOP to move on from the 2020 election and rejected Trump’s false claims about the results, saw his support increase in that poll from the previous month and pulled off a stronger-than-expected finish Tuesday night — just behind Mandel — with about 23% of the vote. 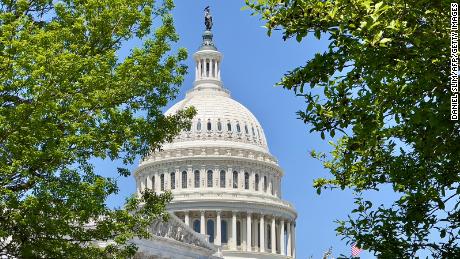 The Vance win is likely to embolden Trump as he looks ahead to other opportunities in the midterm calendar.

Some of Trump’s closest allies believe Vance’s win could have a ripple effect on other May primaries featuring Republican candidates backed by Trump. “People want to be on the winning team, and I think you’ll see voters coalesce behind other candidates now that Trump has proven that his guys win,” the Trump ally said.

But at least two Trump-backed candidates in other races this month — gubernatorial hopefuls David Perdue in Georgia and Janice McGeachin in Idaho — face uphill climbs against incumbents they are challenging.

Trump had pointed to the power of his endorsements during a Nebraska rally last weekend where he mentioned his chosen Senate candidate in Pennsylvania, celebrity surgeon Mehmet Oz, and Vance, though he mangled Vance’s name — appearing to confuse the author with Mandel, Vance’s chief rival, before correcting himself. (Oz is in a tight race with former hedge fund executive David McCormick in Pennsylvania, which holds its primaries on May 17.)

Addressing Vance’s past criticism during a tele-rally for him on the eve of the election, Trump said Vance has “said some negative things about me, but he’s made up for it in spades.” 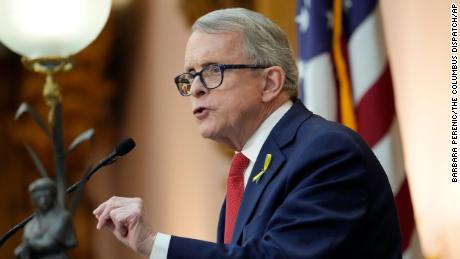 DeWine, who has built deep ties in Republican circles over many years of public service in Ohio, overcame challenges from former US Rep. Jim Renacci and farmer Joe Blystone.

The governor won national acclaim in the early days of the pandemic for his careful handling of the rise in Covid-19 cases. But as pandemic restrictions became more polarizing, he became a frequent target of the right and of Trump, which appeared to make him vulnerable as he set out to win a second term as governor.

But as the heated political debate over masking, vaccine mandates and pandemic-era public health protocols had receded, DeWine had maintained a wide lead in recent polls, in part because Renacci and Blystone were splitting the anti-incumbent vote on the Republican side as they promised to protect Ohioans from what they say is government overreach. 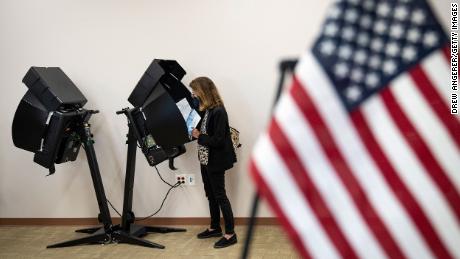 The incumbent had won the backing of Biden as well as some moderate-aligned outside groups. Turner, a former Ohio state senator who was a key player on the presidential campaign of Vermont Sen. Bernie Sanders, had hoped to galvanize progressives to carry her to victory in the newly drawn district, which includes more of Cleveland.

In Indiana, GOP Sen. Todd Young and Democrat Thomas McDermott, who is the mayor of Hammond, ran uncontested in their respective Senate primaries on Tuesday.

This story has been updated with additional developments.