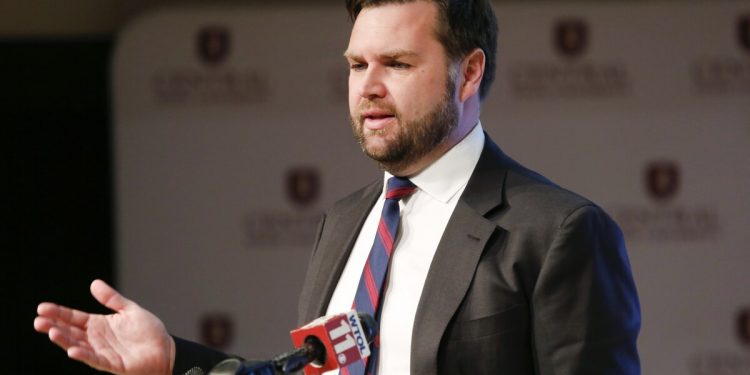 Former President Trump is endorsing “Hillbilly Elegy” author J.D. Vance in Ohio’s competitive Republican Senate primary, a race in which the backing could be pivotal.

In a statement, Trump described Vance as “the candidate most qualified and ready to win in November.”

“We cannot play games. It is all about winning!” he wrote.

The decision is a blow to former state treasurer Josh Mandel, investment banker Mike Gibbons and former Ohio Republican Party Chair Jane Timken, who have been in a heated race for both the nomination and for Trump’s backing in a primary that is now less than three weeks away.

On Thursday night, dozens of Republican leaders in Ohio mounted a last-minute effort to urge Trump not to endorse Vance following a news report that said the former president was planning to do just that.

While Gibbons and Mandel had been leading in recent polls, officials backing various candidates had long conceded that Trump’s support would likely push his pick to the front of the pack in a race that has revolved, for the large part, around him.

In addition to trips to Mar-a-Lago, the candidates and their affiliated super PACs have spent millions trying to paint one another as insufficiently loyal to the former president, who remains deeply popular with the GOP base, despite being impeached twice, and won the state in both 2016 and 2020.

Vance, in particular, has come under fire for old audio and since-deleted tweets in which he called himself a “never-Trump guy,” called Trump an idiot and said he might have to hold his nose and vote for Democrat Hillary Clinton in 2016.

But Vance has changed his tune, saying he regrets his comments. He has aligned himself with the former president, making frequent appearances on Fox News and former Trump strategist Stephen K. Bannon’s podcast, where he has echoed Trump’s rhetoric on issues such as immigration.

In an interview this week, Vance told talk radio host Hugh Hewitt he wasn’t sure if Trump would endorse anyone in the race but thought if he did, it would come before the former president returns to the state for a rally on April 23.

The winner of the May 3 primary is likely to face Democratic front-runner Ryan in November for the seat being vacated by retiring Republican Sen. Rob Portman.