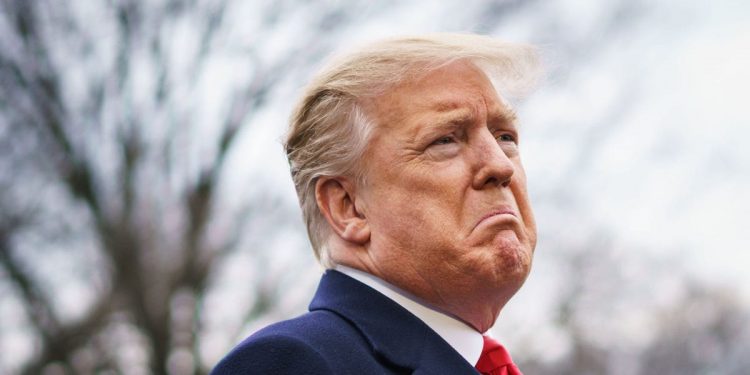 
Former President Donald Trump held a movie night at Mar-a-Lago and screened for his guests an election conspiracy theory film alleging that Meta CEO Mark Zuckerberg was part of a nefarious plot to help Democratic lawmakers get elected in 2020.

The film screening event on April 5 was attended by the former president, controversial Arizona gubernatorial candidate Kari Lake, and Peter Navarro, who was on Wednesday held in contempt of Congress for failing to cooperate with the January 6 panel.

“Rigged: The Zuckerberg Funded Plot to Defeat Donald Trump,” is a 41-minute film that allges to investigate Mark Zuckerberg’s role in the election. It includes a headline interview with Trump, as well as interviews with Sen. Ted Cruz, and other conservative figures like Trump-allied lawyer Cleta Mitchell and Kellyanne Conway.

The film’s synopsis does not overtly accuse Zuckerberg of being involved in election fraud, but makes the claim that the Meta CEO funded “nearly $400 million” in grants that he “spent nationally in voter operation efforts, particularly in the battleground states of Wisconsin, Arizona, and Georgia.”

This is likely a reference to how donations from the Meta CEO and his wife Priscilla Chan helped fund grants that enabled local election offices to scale up their budgets to better handle mail-in ballots. Zuckerberg previously responded to queries on his private donation through a spokesperson, who said the couple “did not participate in the process to determine which jurisdictions received funds.”

Trump appeared to be in good spirits before the screening, saying he was anticipating watching the film more than “Citizen Kane,” “Titanic,” and “Gone with the Wind,” per The Washington Post.

A poster of the flick — featuring what appeared to be a sinister image of Zuckerberg putting money into a ballot box — was also displayed near a pool on the Trump property.

The film was produced by Citizens United Productions, a conservative group headed up by Trump ally David Bossie, who told The Post that people should keep talking about voter fraud.

“Some of the people here say we shouldn’t be talking about 2020,” said Bossie, per The Post. “I think it’s vital that we do. If we don’t prove what happened in 2020, how can we stop it from happening again?”