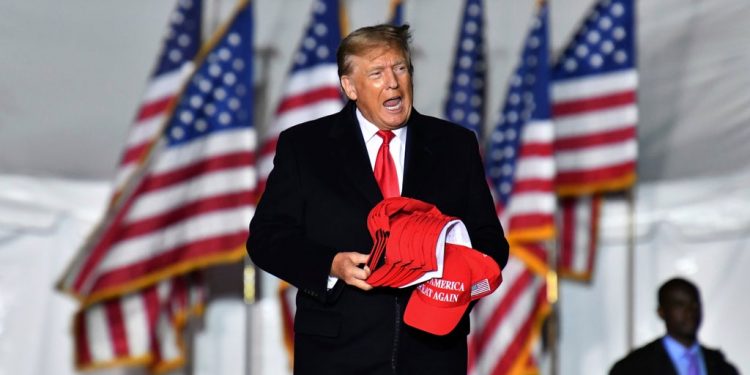 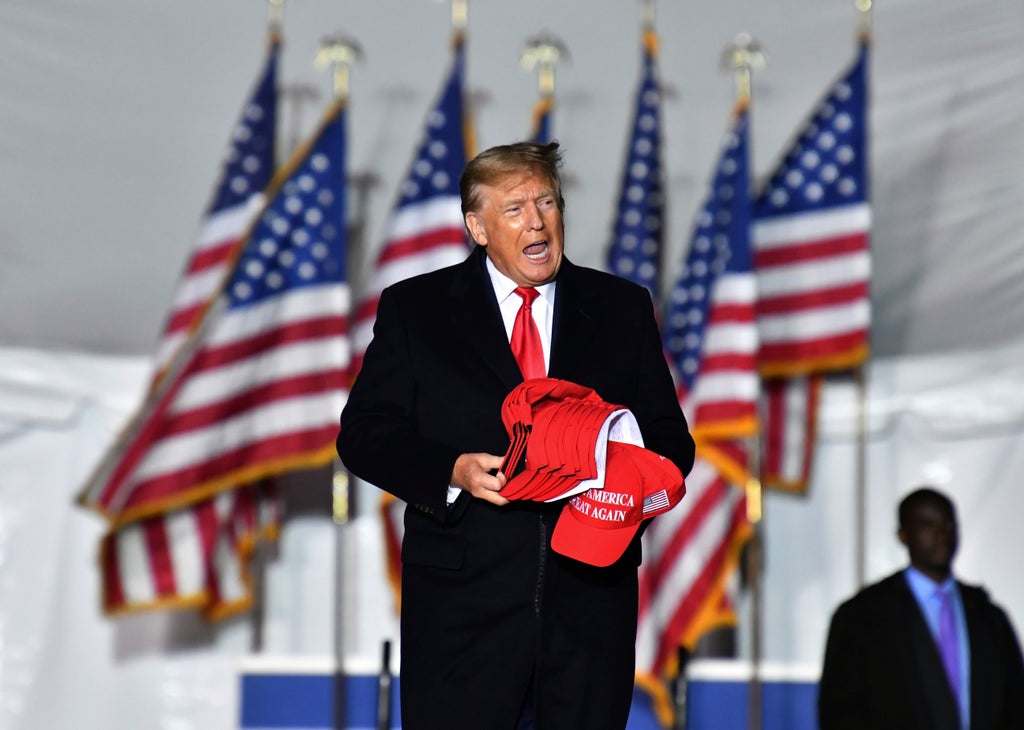 Mr Trump said: “Judge Jackson was unbelievably disrespectful to Republican Senators that in many cases were really nicely asking questions.” He added: “She had total disdain and even hatred for them.”

He was speaking at a rally in Commerce, Georgia and made it clear that Ms Jackson — who would become the first Black woman to serve as a judge in the US Supreme Court if confirmed — was proud of the fact “she never once voted to support” him.

Meanwhile, the former president also hinted that he might run for president again. “I ran twice, I won twice and I did much better the second time. And now, we just might have to do it again.”

The 6 January committee, which is investigating the attack on the US Capitol by Donald Trump’s supporters, has announced that it will meet later today.

The House select committee investigating the 6 January attack on the Capitol last year released a report on Sunday in which they laid out reasons to charge two former Donald Trump aides with criminal contempt of Congress.

The report pointed out that Peter Navarro — a former White House adviser — and Dan Scavino Jr — former deputy chief of staff — were closely involved in failed attempts to keep Mr Trump in power after he claimed the elections had been “stolen” from him.

The committee is set to hold a public vote on whether to recommend the charges on Monday.

Mr Navarro and Mr Scavino are among a handful of the former president’s allies who had refused to sit for interviews or even turn over documents.

More than 750 witnesses have complied with the 6 January committee requests.

The Republican and Democratic national committees combined don’t have this much money.

This amount is 12 times as much as the Pac for the Future fund for Nancy Pelosi, the Democratic House speaker.

And with no official declaration of his presidential campaign — even though he hinted at running again at the rally in Georgia — analysts are finding it hard to fathom what the chest’s purpose is.

Democratic consultant Carly Cooperman told Guardian: “It’s consistent with Trump’s political priorities – Trump first above everything else – and makes him well-positioned for a presidential run in 2024.”

She added: “It’s possible he decides to make a big splash in competitive races as we get closer to the midterm elections, but above all, Trump’s immense popularity and ability to raise large sums of money makes him even more powerful in the Republican party.”

Former president Trump says he might run for office again

Donald Trump has once more stated that he might run for president again.

At the Georgia rally, Mr Trump said that “I ran twice, I won twice and I did much better the second time.”

He added: “And now, we just might have to do it again.”

Donald Trump hints he will run for president again

Donald Trump has hinted he will run for president again in 2024, doubling down on his lie of winning two previous elections. He was speaking at a rally in Georgia where he railed against Republican governor Brian Kemp for refusing to go along with his attempt to overturn the 2020 presidential election results in the state. “I ran twice, I won twice and I did much better the second time,” Mr Trump told the crowd.”And now, we just might have to do it again.”Click here to sign up for our newsletters.

During his speech at a rally in Georgia, he railed against Ms Brown Jackson and said that “Judge Jackson was unbelievably disrespectful to Republican Senators that in many cases were really nicely asking questions.”

He added: “She had total disdain and even hatred for them.”