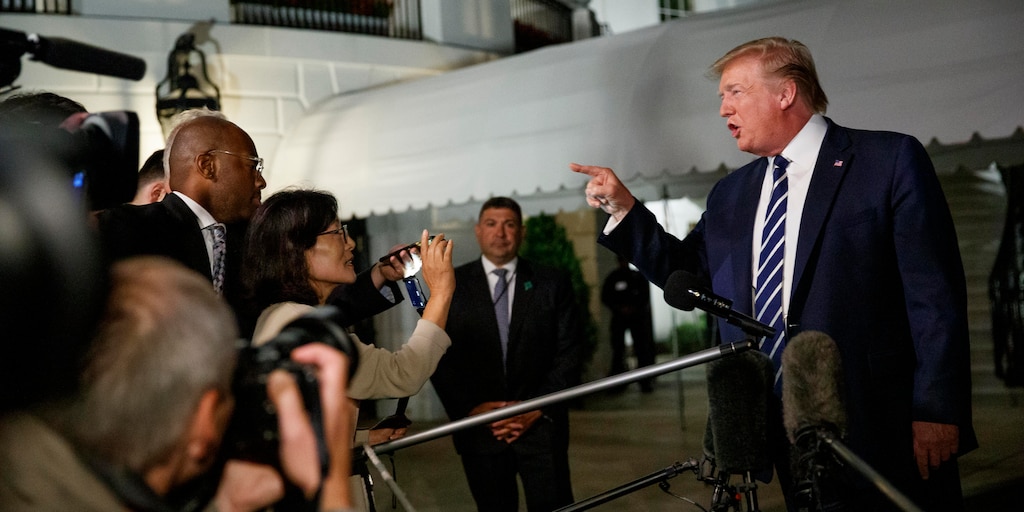 On Monday, Trump told reporters that he held “high-level talks” with China about the trade war, adding “this is the first time I’ve seen them where they really want to make a deal.”

Global stocks instantly reversed what looked to be another day of heavy losses, following the Dow’s 600 point drop on the previous Friday. His comments soothed anxious investors.

But China said that those talks never actually happened. And CNN reported that: “Instead, two officials said Trump was eager to project optimism that might boost markets and conflated comments from China’s vice premier with direct communication from the Chinese.”

All leaders want their markets to do well, and exaggerating successes and wins is hardly a tactic exclusive to Trump. But markets are currently at a particularly precarious state, with multiple red flags warning of a potential recession. And traders may be beginning to wonder how long they can afford to play along with Trump’s optimism.

“I already think we’re less responsive to these kinds of claims, but not entirely so,” said Craig Erlam, senior market analyst at Oanda to Markets Insider in an email. “As ever with these things, it’s difficult to know to differentiate between truth, lies, and exaggeration. Markets will often give more credence to reports that have come from credible sources or been verified but there are circumstances like this when we’re left guessing.”

So it might not be long before traders stop playing to Trump’s optimism — Erlam added: “It’s difficult to say how long that will last, but the more his claims go unverified or denied, the more they’ll fall on deaf ears.”

Also, the trade war shows no signs of abating, no matter what Trump says. That’s why Trump’s “rhetoric” should be viewed “with the utmost caution,” Han Tan, Market Analyst at FXTM, said in an email to Business Insider on Monday, when markets rallied on the Trump tweets.

“Investors are well aware that multiple rounds of trade talks have only led to the current dismal situation, whereby repeated tariff threats have become the norm.”

See More: Trump may have made up ‘high-level’ Chinese phone calls at the G7 summit to boost jolted markets