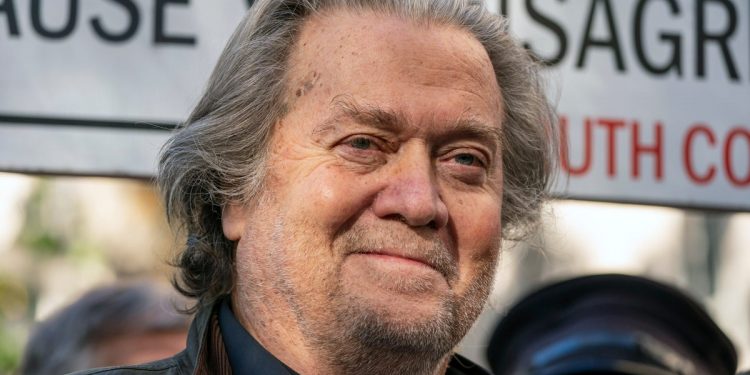 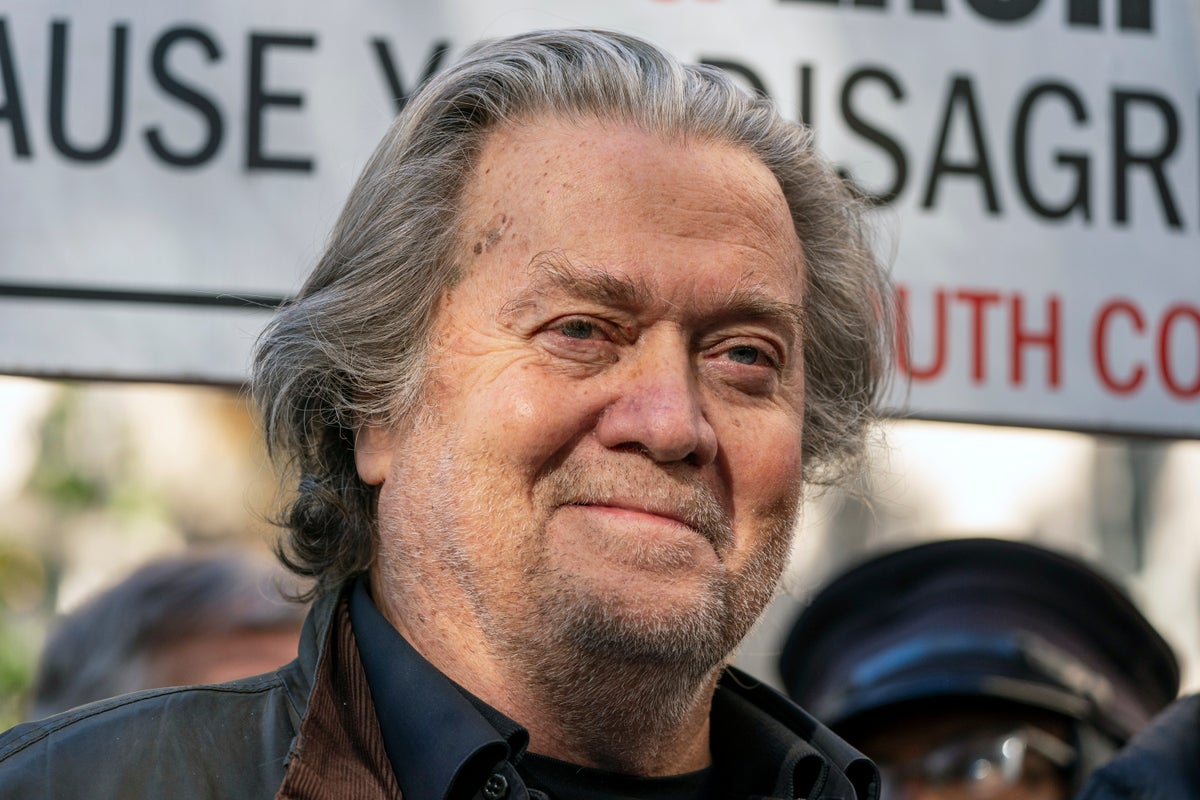 The Washington Post reported Mr Trump had written a letter giving his permission for Mr Bannon to appear before the House panel investigating the deadly assault on the Capitol if they can agree terms, citing three anonymous sources.

Mr Trump is yet to sign and send the letter, and some of his confidantes are trying to talk him out of the plan, according to The Post.

Mr Bannon is due to face trial on 18 July on charges that he wilfully defied subpoenas for documents and testimony issued to him by the House January 6 select committee.

He and Mr Trump have claimed that the testimony was shielded by executive privilege.

Mr Bannon, 68, was charged with two counts of criminal contempt of Congress in November.

The longtime Trump ally and right-wing firebrand faces between 30 days and one year in prison if convicted.

But they declined to charge former White House chief of staff Mark Meadows and Dan Scavino after Congress voted to hold them in contempt.

In a report released in March, the committee alleged Mr Navarro was in frequent contacted former Mr Bannon to discuss his plan called the “Green Bay Sweep” to delay the certification of the 2020 election results.

Mr Bannon’s attorney did not immediately respond to a request for comment.

On Friday, former White House counsel Pat Cipollone sat for an eight-hour interview in private with the committee.

He is one of several Republicans who have indicated they are prepared to cooperate with the investigation since Cassidy Hutchinson’s bombshell testimony last month.