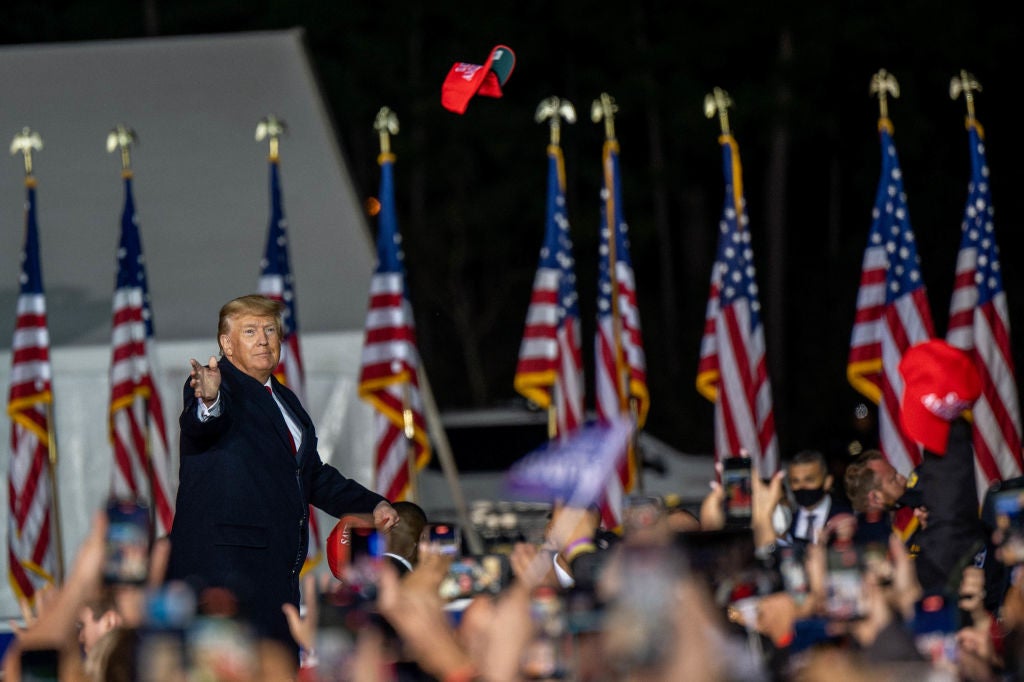 Former president Donald Trump struggled with coherent sentences at a rally in Texas on Saturday prompting backlash on social media for his “word salad.”

At one point in the Save America rally, Mr Trump said: “They censor, cancel and persecute ordinary citizens for speaking the truth while they … drown your endless torment of … I mean, what they do … ”

In another instance he urged people to go and buy Victor Dais Hanson’s book “The Case for Donald Trump” and said, “Can you believe what’s happening? You can’t get anything”.

“The shelves are empty. I did a book. They can’t publish it anymore. They can’t get the paper, the glue, the ink. Go out and buy it. You’ll like it.”

He also referred to Mr Hanson as Victor “David” Hanson while calling him a “great historian” and philosopher.

The former president also failed to pronounce “Mexico” correctly, referring to the country as “Mexelco” instead.

He also appeared to lose his train of thought at one point in the speech and said, “this is incredible,” and then added, “But their sinister faces of corruption, lawless…”

The former president faced backlash on social media after his speech with users trying to figure out what went wrong.

Another user wrote, “Kind of lost his train of thought there, didn’t he?”

At the rally, Mr Trump also said he would pardon the participants of last year’s Capitol Hill insurrection if he becomes president again.

“If I run and if I win, we will treat those people from January 6th fairly,” he said.

“And if it requires pardons, we will give them pardons because they are being treated so unfairly.”

How the weather can negatively affect your health

How the weather can negatively affect your health