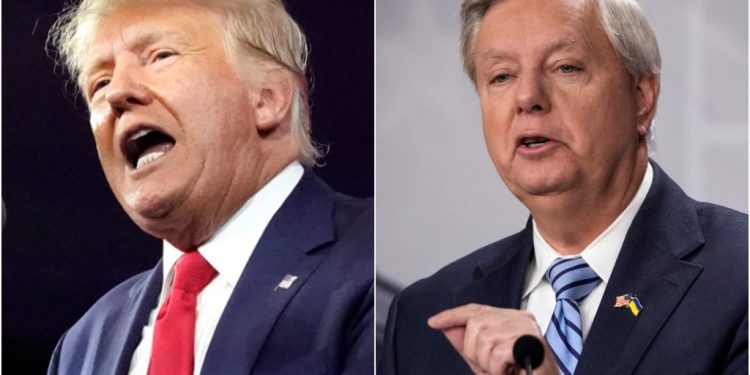 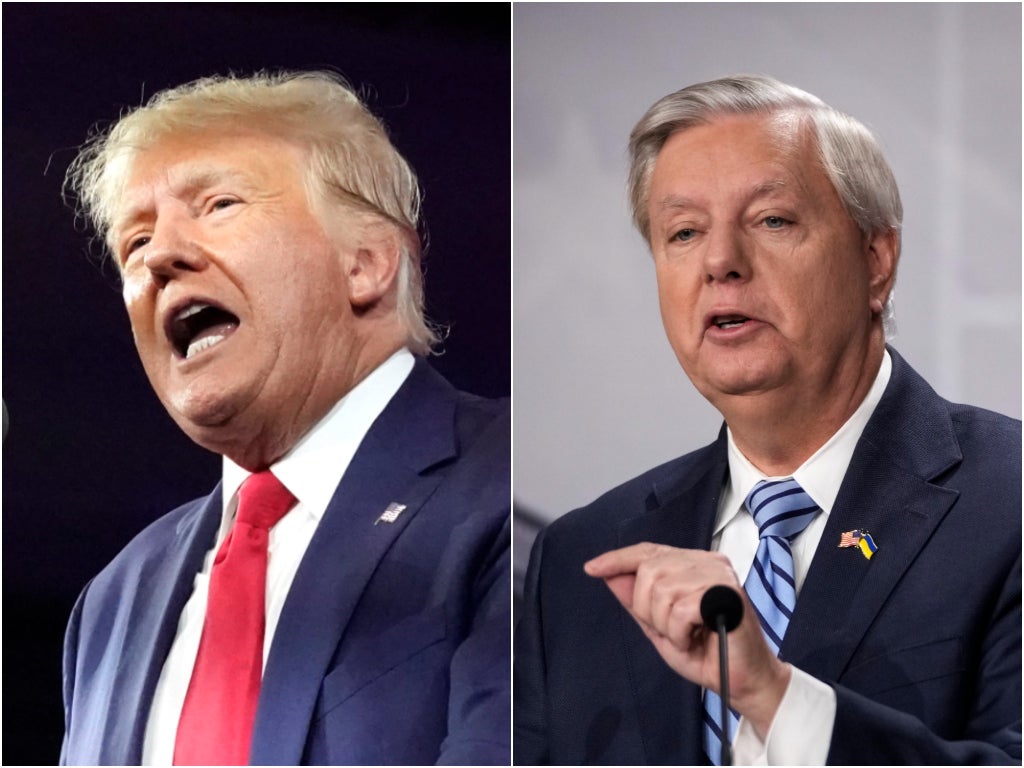 Donald Trump mocked South Carolina Republican Senator Lindsey Graham by calling him a “progressive” during a speech at a fundraising dinner held at his private club in Florida.

“There are a couple of senators. And we have our progressive senator from South Carolina, Lindsey Graham,” Mr Trump said on Friday during the Lincoln Day fundraising dinner organised by the Palm Beach County Republican Party at Mr Trump’s Mar-a-Lago resort.

“He’s a progressive, but he’s our progressive,” the former president added, according to Insider.

Mr Trump chided Mr Graham following the news that he might have threatened to invoke the 25th amendment to remove the then-president during the Capitol riot on 6 January last year.

The South Carolina senator’s frustration was reported in the book This Will Not Pass by Jonathan Martin and Alexander Burns of The New York Times.

In an excerpt published by Axios, the authors write that an outraged Mr Graham called White House counsel Pat Cipollone and threatened to invoke the 25th amendment.

Mr Graham told the authors that day that “people will say, ‘I don’t want to be associated with that’ … There will be a rallying effect for a while, the country says: ‘We’re better than this’.”

He also suggested that then-President-elect Joe Biden was a good choice for the moment. “I mean, how mad can you get at Joe Biden?” he said.

Mr Graham criticised Mr Trump in January of this year when he called the former president’s idea to pardon members of the mob “inappropriate”.

In response, Mr Trump called Mr Graham a RINO – Republican In Name Only – a term often levied at Republicans considered disloyal to other conservatives. In the Trump era, it’s been hurled at Republicans willing to criticise Mr Trump, such as Representatives Liz Cheney and Adam Kinzinger.

While Mr Graham has publicly denounced Mr Trump, he’s still considered a close ally. In January, he said he helped to dissuade Mr Trump from holding a press conference on the anniversary of the insurrection.

The South Carolina senator has also been seen backing Mr Trump, saying this January that he wouldn’t back Mitch McConnell for leader of the Republicans in the Senate unless Mr McConnell had a “working relationship” with Mr Trump.