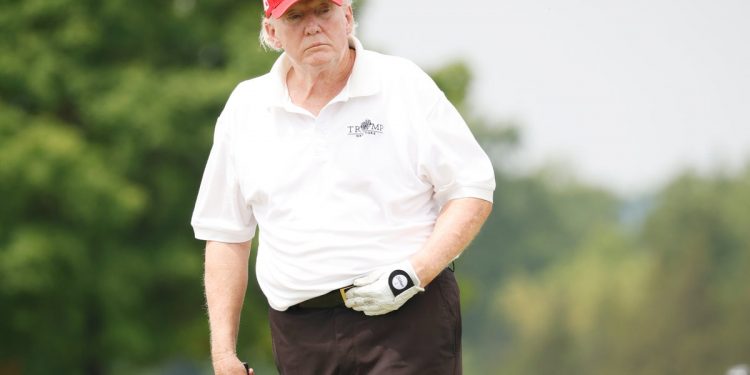 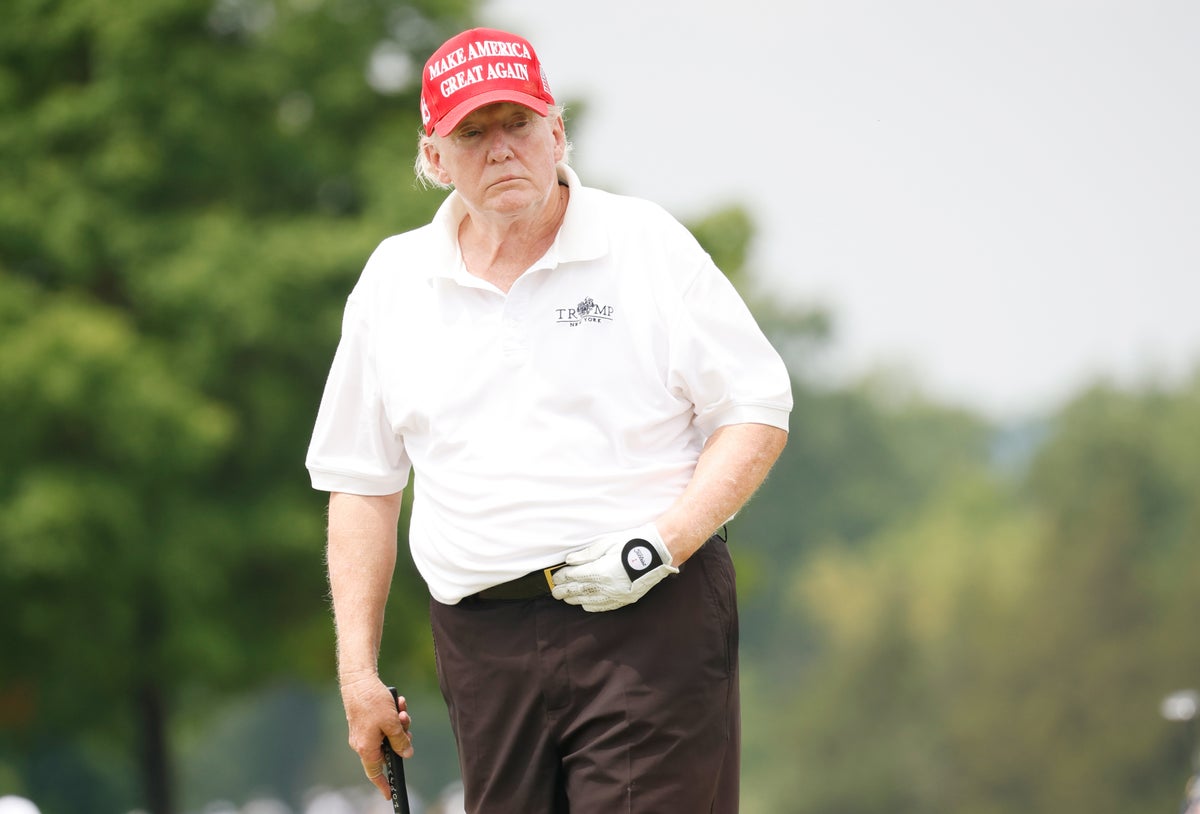 Jared Kushner says he intervened in 2015 to stop Donald Trump from publicly attacking media mogul Rupert Murdoch, in a development that could have had major consequences for Fox News’ coverage of his 2016 campaign.

In his new memoir Breaking HistoryKushner writes about how Mr Trump was upset with Mr Murdoch for his criticism at the outset of the former’s foray into politics.

“Trump called me. He’d clearly had enough. ‘This guy’s no good. And I’m going to tweet it,’” the former president said to him.

Mr Kushner claims to have said: “‘You don’t need to get on the wrong side of Rupert. Give me a couple of hours to fix it.’”

Meanwhile, Department of Justice prosecutors are readying the legal fight to force aides and White House officials from the Trump administration to testify in the ongoing investigation into the January 6 insurrection, people aware of the matter have said.

And Mr Trump is in hot water for hosting the contentious LIV Golf series at his resort in Bedminster, New Jersey. Both he and his son Eric joined a pro-am round there on Thursday.

A rare Democrat in a deeply Republican state, U.S. Rep. Sharice Davids of Kansas is one of the most vulnerable incumbents seeking reelection this year. In the final months of her congressional campaign, she is focusing on Republicans’ strict opposition to abortion rights.

An online ad she released last week highlights how Amanda Adkins, the Republican favored to emerge from Tuesday’s primary for a rematch with David in November, opposed abortion without exceptions. The ad points to Adkins’ support of an amendment to the Kansas Constitution on the ballot Tuesday that would make clear there is no right to abortion in the states.

“There were a lot of people who would not have known that I have an opponent who is extreme on this issue,” Davids, who beat Adkins in 2020, said in an interview. “It’s not hypothetical anymore.”

That’s a sign of how the Supreme Court’s decision in June to repeal a woman’s federal constitutional right to abortion has scrambled the political dynamics heading into the fall elections, when control of Congress is at stake. A half-dozen of the most vulnerable House members — all of them women, all representing swaths of suburban voters — see the issue as one that could help them win in an otherwise difficult political climate.

In addition to Davids, these incumbents include Reps. Angie Craig of Minnesota, Cindy Axne of Iowa, Elissa Slotkin of Michigan, Abigail Spanberger and Elaine Luria of Virginia, and Susan Wilds of Pennsylvania. They all face Republican opponents who support the high court’s abortion ruling. Some are contending with rivals who back efforts to ban abortion in all circumstances, including when the mother’s life is at risk.

The Supreme Court’s decision to repeal a woman’s federal constitutional right to abortion has scrambled the political dynamics heading into the November elections, when control of Congress is at stake

US House of Representatives speaker Nancy Pelosi announced her itinerary for a trip to Asia on Sunday but made no mention of a controversial reported plan to visit Taiwan.

In a statement, Ms Pelosi said she will be leading a congressional delegation to Singapore, Malaysia, South Korea and Japan this week to discuss trade, the Covid-19 pandemic, climate change, security and “democratic governance”.

Last week, the Financial Times reported that Ms Pelosi planned to visit Taiwan in the next month. She was originally scheduled to visit in April but had to postpone after testing positive for Covid.

President Joe Biden has said that her to Taiwan visit might not be a “good idea.”

“They’re going to take away our democratic rights one after another,” longtime state lawmaker Nan Orrock warned partisans at a birthday party for the senator, who turned 53 on July 23. “Failure,” she said, “is not an option.”

“I work with anybody to get something good done for the people of Georgia,” he told the same crowd, highlighting a trio of Republican senators with whom he has made legislative deals. Warnock mentioned President Joe Biden‘s name just once and referred several other times only to “the president of the United States,” trying to distinguish himself from Biden — and the rising inflation that has marked his term.

Running for his first full Senate term, Warnock is pitching himself as a senator willing to do whatever it takes to help his state. That’s a shift from his approach in what were nationally elevated twin runoff campaigns won by Warnock and fellow Georgia Democrat Jon Ossoff in January 2021, giving their party Senate control two months after Biden was elected president.

Georgia Democrat Raphael Warnock is running for his first full Senate term, pitching himself as a lawmaker willing to do whatever it takes to help his state

Jon Stewart has been blasting Republicans for blocking a bill that would aid veterans exposed to burn pits in Afghanistan and Iraq.

The former Daily Show host has appeared on Fox News and Newsmax to speak to right-wing audiences to slam GOP senators for what he says is “a disgrace”.

“What Ted Cruz is describing is inaccurate, not true, bulls***t”, Mr Stewart said in a video posted on Twitter, mocking Mr Cruz for saying that the Democrats put “discretionary” funds in the legislation that they made “mandatory”.

Mr Cruz was speaking about a budget disagreement initially objected to by retiring Republican Senator Pat Toomey. The Pennsylvanian claimed that the legislation would mean that $400bn in already decided spending on veterans wouldn’t be controlled by annual congressional appropriations.

‘This isn’t a game. Real people’s lives hang in the balance…people that fought for your life’, Stewart says

Donald Trump blasted the proposed prisoner swap between the US and Russia, involving Brittney Griner, Paul Whelan, and Russian weapons dealer Viktor Bout, who’s known as the “Merchant of Death”.

Ms Griner has been in jail in Russia for months and is now on trial on drug charges.

“She knew you don’t go in there loaded up with drugs, and she admitted it”, Mr Trump said.

“It certainly doesn’t seem like a very good trade, does it?” he added, concerning Bout. “He’s absolutely one of the worst in the world, and he’s going to be given his freedom because a potentially spoiled person goes into Russia loaded up with drugs.”

Paul Manafort has claimed that Michael Cohen spied on the 2016 Trump campaign.

The former chairman of the Trump campaign and a convicted felon writes in his upcoming book Political Prisoner: Persecuted, Prosecuted but Not Silenced that the former Trump lawyer and fixer put himself in charge of the campaign’s server to gain status.

Manafort alleges that Cohen got access to all emails sent by staffers on the campaign, according to Vox.

“He had access to everybody’s communications. He had knowledge and he would be sitting in his office, gaining knowledge by virtue of spying on the campaign”, Manafort writes.

In a statement to the outlet, Cohen rejected the claims.

“Not surprisingly, Manafort is distorting the truth. I requested administrative access to only Corey Lewandowski’s campaign email address after he was terminated. The purpose was to prove to Trump that it was Corey who was leaking negative information on Jared and Ivanka to the press. The information was located and turned over to Donald”, he said.

The son of one of the victims of the 9/11 attack has said that statements made by Donald Trump as he hosted the Saudi Arabia-backed LIV Golf event at his country club in New Jersey are “completely ridiculous”.

In an interview on MSNBC with presenter Katie Phang, Mathew Bocchi – who lost his father in the attack on the World Trade Center said: “But the reality is as much as his statements are completely ridiculous…we’re obviously all hurt by them.”

Indiana’s Republican-controlled Senate passed a bill on Saturday which would ban abortion at all stages of pregnancy with limited exceptions.

Indiana is one of the first Republican-controlled states to debate tighter abortion laws since the US Supreme Court last month over Roe v Wade ruling that guaranteed legal abortions to women across the country.

On Saturday, 10 Republicans crossed party lines to vote against the bill, with some of them saying the near-total ban did not go far enough.The Indiana bill authored by the GOP states that those seeking an abortion following rape or incest would have to sign an affidavit attesting to the attack.

“The decision whether to have a baby is a complicated balancing of responsibilities and opportunities that must be weighed by each woman, not made by politicians or Supreme Court justices,” said Democratic state senator Jean Breaux, adding that it was a “flawed bill” which “strips a woman of her right to choose”.

“I told my campaign from the very beginning that President Trump is a very smart man, he’ll figure out who the best person is. And I felt confident he would choose me. So we didn’t pursue his endorsement. But I got it in February, [and] he saw what I did in 2020,” he said.

This year’s congressional primary, being held on August 2, contains a total of eight candidates, seven of them Republican.

The top two, irrespective of their party, go through to general election in November.

Meet the Trump-endorsed election denier looking to oust ‘a traitor’