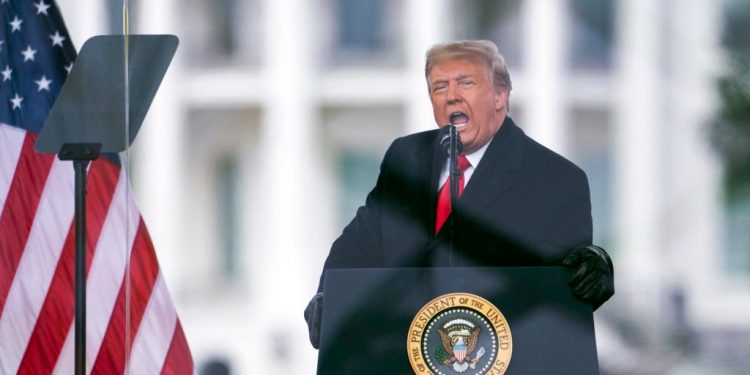 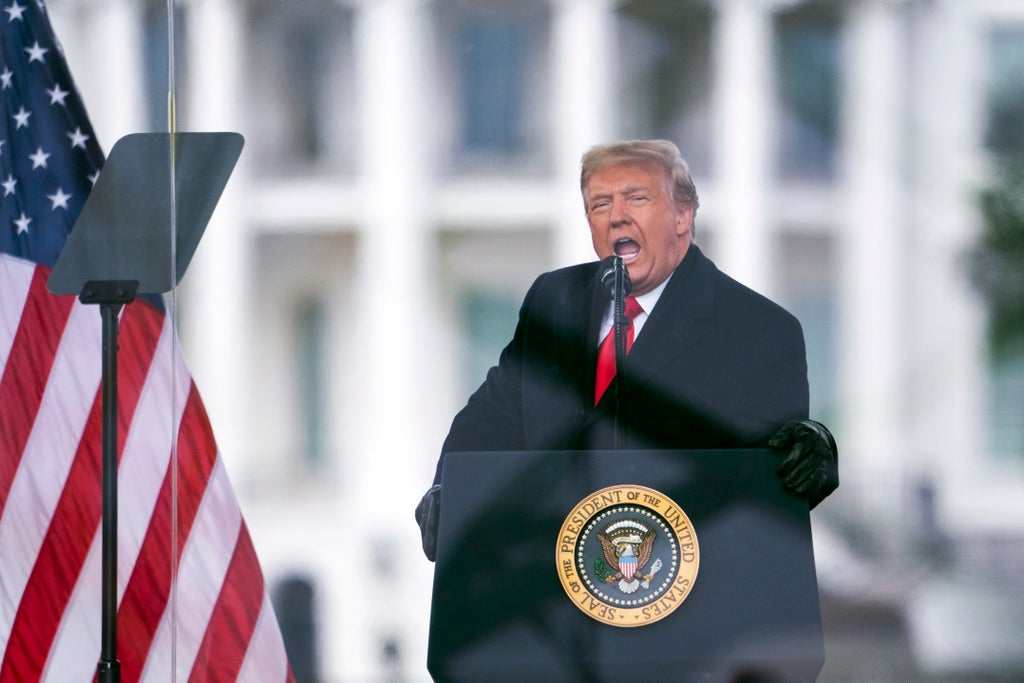 Mr Miller, who became the latest Trump official to appear before the committee, had earlier resisted attempts including by suing to block the committee from forcing him to hand over documents and meet for an interview.

During the interview Mr Miller reportedly remained a difficult witness at times, a source said to CNN.

Meanwhile Pat A. Cipollone, the former White House counsel, and Patrick F. Philbin, who was his deputy, also met the panel separately on Thursday.

The two lawyers who served at the most senior level in the Trump White House met the committee on a semi-formal basis and may return for a formal deposition later, The New York Times reported.

Also on Thursday, the latest Capitol riot defendant to go on trial, Dustin Byron Thompson, blamed his actions on Donald Trump and his false claims about a stolen election, in a rare mention of the former president’s role during the ongoing hearings.

Mr Miller, who became the latest Trump official to appear before the committee, had earlier resisted attempts including by suing to block the committee from forcing him to hand over documents and meet for an interview.

During the interview Mr Miller reportedly remained a difficult witness at times, a source said to CNN.“It got a little chippy,” the source was quoted as saying.

The source added that executive privilege issues came up during the meeting.

Representative Tom Rice of South Carolina brought in nearly $342,000 during the first quarter of this year as he attempts to stave off a slew of primary challengers including one endorsed by Donald Trump.

Overall, Rice has raised $1.6 million this campaign cycle and has $2 million total on hand, according to figures provided to The Associated Press.

Last week, Representative Nancy Mace told AP that she had raised nearly $1 million in the weeks following Mr Trump’s endorsement of Katie Arrington, one of her GOP challengers.

92 per cent or $315,700 of Mr Rice’s first quarter haul has come after Mr Trump’s endorsement of Mr Fry, according to Mr Rice’s campaign.

A long time supporter of the former president, Mr Rice has campaigned with him and voted 94 per cent of the time in favour of Trump-backed legislations.

However he was in favour of Mr Trump’s impeachment after what he referred to as the former president’s inaction during last year’s Capitol Hill riot.

As JD Vance looks to be on the cusp of receiving Donald Trump’s endorsement for Ohio’s Senate race, Republicans in the state are reportedly attempting to stave off an endorsement from the former president.

Dozens of local GOP officials sent a letter to the former president against endorsing Mr Vance, reported Politico.The letter has been signed by county GOP chairs and members of the Ohio GOP State Central Committee.

The letter cited Mr Vance’s past criticism of the former president and listed his comments against Mr Trump, including: “Trump’s actual policy proposals, such as they are, range from immoral to absurd.”

“While we were working hard in Ohio to support you and Make America Great Again, JD Vance was actively working against your candidacy,” the letter states.

It also added that Mr Vance did not support Mr Trump in 2016 and said that “he referred to your supporters as ‘racists.’”

A top White House aide to Donald Trump at least partially reversed course and appeared before the January 6 committee on Thursday, declining to take the path of total resistance to the panel that other former Trump officials have taken.

Stephen Miller, Mr Trump’s former speechwriter and strategist, spoke with lawmakers on Thursday. His participation comes after he previously sued to block lawmakers from obtaining his phone records.

Read more in The Independent:

Morgan Ortagus, a former State Department spokesperson who has been endorsed by Donald Trump, is facing a backlash from her Republican colleagues in Tennessee to keep her out of the race for the Republican primary for Tennessee’s 5th Congressional District.

Ms Ortagus is facing questions over whether she passes a new residency requirement for congressional candidates.Ms Ortagus only moved to the Nashville area last year from Washington DC, reported CNN.

Tennessee GOP representative Mark Green told CNN that the bill establishing a residency requirement was intended “to get rid of Morgan Ortagus”.

Her allies are suing the state over the residency bill and working to overturn a separate effort by some state GOP officials to remove her from the ballot.

Mr Trump’s spokesperson Taylor Budowich has hit out at “RINOS (Republicans in name only) in Tennessee who are trying to pull strings and illegally remove President Trump’s endorsed candidate … from the ballot.”

He claimed that it was an attempt by “power-hungry insiders … to deprive voters of the opportunity to elect the strong America First champion”.

“Morgan is going to keep doing the work and be out there pounding pavement and talking to folks because that is who she feels should make the decision, not politicians,” a spokesperson for Ms Ortagus said.

Ohio’s Senate race is in for a major upheaval as an underdog (but still competitive) candidate, JD Vance, looks to be on the cusp of receiving Donald Trump’s endorsement.

The effect it will have on the race is unclear as the presumed GOP frontrunner, Josh Mandel, was also strongly vying for the support of the former president.

Mr Trump’s endorsement is his second drawing criticism from his own allies in recent days; supporters in Pennsylvania were rankled after Mr Trump endorsed Dr Mehmet Oz over David McCormick, a hedge fund executive.

The Republican National Committee voted on Thursday to withdraw participation from events hosted by the Commission on Presidential Debates, citing alleged liberal bias by the organisation.

The move will have unknown consequences on the 2024 election cycle and the future of debates between Democratic and Republican candidates.

The Department of Justice this week asked Congress to surge its funding for the purpose of devoting more resources including federal proseutors to the effort to punish those who participated in the Capitol riot. Hundreds remain awaiting charges while they continue to be suspects in the FBI’s investigation into the attack.

“Funding is critically needed to provide the USAO-DC with additional prosecutors and support personnel to respond to the increased caseload, litigation costs, and other court proceedings arising from these cases,” reads the agency’s budget request, first reported by HuffPost’s Ryan J. Reilly.

A judge who oversaw the conviction of 38-year-old Capitol riot participant Dustin Thompson ripped in to former President Donald Trump during his remarks on Thursday after a verdict was handed down in the case.

Declaring Mr Thompson a flight risk and ordering him held without bond until sentencing, Judge Reggie Walton then turned his attention to Mr Trump and the falsehoods he spead that encouraged rioters to attack the Capitol last year.

“I think our democracy is in trouble because unfortunately we have charlatans like our former president who doesn’t in my view really care about democracy but only about power,” said the judge, according to media reports from the courtroom.

Fox News host Jesse Watters attacked migrants from Venezuela on Thursday as he attempted to reject any sympathy that viewers may have for those searching for a better life.

Speaking on the network as the channel covered a second busload of undocumented migrants arriving outside its Washington DC studios from Texas, Mr Watters took time to criticise the clothes that a crowd of Venezuelan migrants were wearing despite supposedly freeing from a “war-torn” country. Venezuela is not at war.

He was then informed that migrants are often provided with clean clothes upon their arrival in the US.