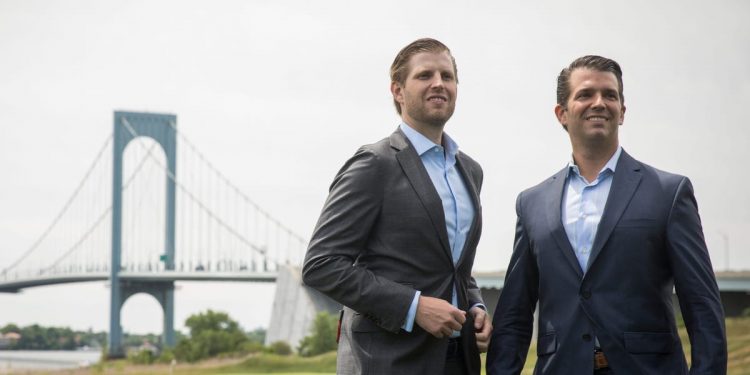 
A judge on Friday ruled the Trump Organization can continue operating a public golf course in the Bronx after New York City wrongfully tried to cancel its contract after the Capitol riot last year.

The city had a 20-year contract with the Trump Organization to run the Trump Golf Links at Ferry Point, but days after the January 6 insurrection, New York City Mayor Bill de Blasio announced the decision to terminate all city contracts with the firm.

“Inciting an insurrection against the US government clearly constitutes criminal activity,” de Blasio told MSNBC at the time, adding: “The City of New York will no longer have anything to do with the Trump Organization.”

When notifying the Trump Organization they were ending the contract, the city said Trump’s actions “incited” the attack, according to court documents. The city also argued the Trump Organization could no longer attract “first-class professional championship golf tournaments,” citing the PGA’s cancellation of the 2022 championship at a Trump golf course in New Jersey.

Trump has repeatedly denied responsibility for inciting the Capitol riot. In June 2021, the Trump Organization sued the city of New York, arguing it had not violated its contract with the city.

Manhattan Supreme Court Justice Debra James ruled in favor of the company, dismissing the city’s reasoning and saying the Trump Organization was not required to host major tournaments like the PGA at the course. She said the city’s claim “lacks any legal foundation.”

The Trump Organization did not immediately respond to Insider’s request for comment.

In a statement to The New York Times, Amanda Miller, a spokesperson for the Trump Organization, said: “As we have said since the beginning, the city’s efforts to terminate our long-term license agreement to operate Trump Golf Links at Ferry Point Park were nothing more than a political vendetta.”

“This is not just a win for the Trump Organization; this is a win for justice, for the people of the City of New York, and for the hundreds of our hard-working employees at Ferry Point,” she added.