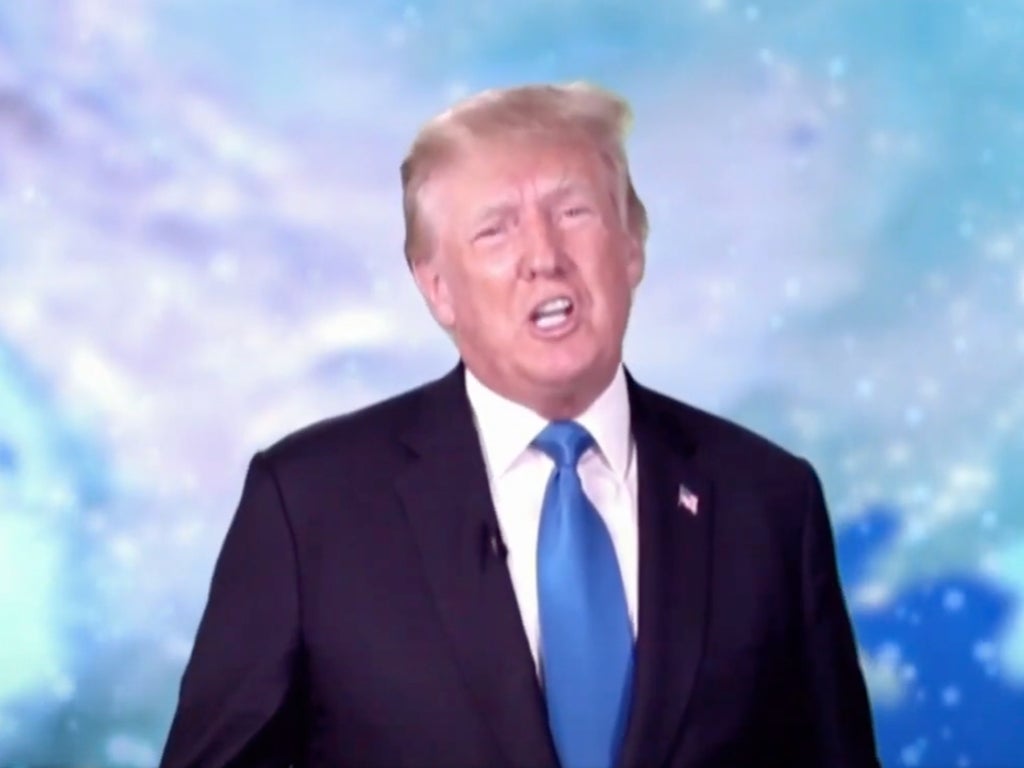 Former president Donald Trump on Tuesday claimed that the United States would come to an end in the next three years, without explaining what that might mean in practice.

The US “has gone really downhill in the last eight months like nobody has ever seen before”, Mr Trump said during an appearance on Sean Spicer’s show on conservative news channel Newsmax.

Immediately after this statement Spicer, who served as the former president’s press secretary, hastily ended the interview with: “You’ve been very generous with your time, thank you for that.”

Newsmax is facing a $1.6 billion defamation lawsuit from Dominion Voting Systems for allegedly spreading misinformation about fraud involving the company’s voting machines in the 2020 presidential elections. Newsmax has defended its coverage, saying the network “simply reported on allegations made by well-known public figures”.

Over the last few months, Mr Trump has aggressively criticised president Joe Biden for withdrawing US troops from Afghanistan. He continued to attack Mr Biden on Tuesday.

“He [Biden] was going to be the great unifier… He is not a unifier, he is the opposite, he is worse than Obama. Of course, Obama is probably running the government now according to many,” Mr Trump said.

Mr Trump is reportedly aspiring to run for the president’s office again in 2024. Despite not making a formal announcement, he has kept the door open for a presidential run through crowdfunding and rallies, and hinted repeatedly that the only reason he isn’t announcing already is because of campaign financing rules.

In an interview with the Washington Examiner in August, Spicer claimed that Trump will run for office again. “A couple of months ago, I wasn’t sure. Now, there needs to be something that will keep him out,” he said.

Hinting at this, Spicer said: “Mr Biden has sought to kick off 11 of your appointees to service academies, including my appointment to the US Naval Academy. If you ran for president again and won, excluding the statutory boards, would you kick off every Biden presidential appointee?”

The former president responded that he might “because what he [Mr Biden] did is unprecedented”.

“We have great people on the boards, for them to be thrown off — it never happened before,” Mr Trump said. “They [the Biden administration] are vicious people, that’s what they are good at. They use prosecutors all over the place, local prosecutors, federal prosecutors and yet Hunter Biden [Joe Biden’s second son] is fine.”

He added: “What they are doing is horrible, these are great people, including you Sean. It is very disrespectful for our country.”

Lightyear app: Can this Wise-backed trading app battle its rivals?