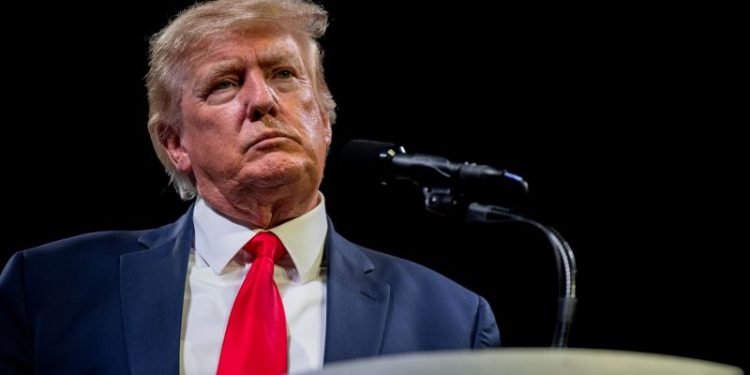 0
SHARES
0
VIEWS
Share on FacebookShare on Twitter
Cassidy Hutchinson, the former aide, also testified that Trump complained about his then-vice president being hustled to safety while Trump supporters breached the Capitol, the sources said.
Hutchinson has answered the panel’s questions during three separate sessions, CNN previously reported. She went over “new ground” with the committee last week, though it was not immediately clear what was discussed during that deposition.

Trump spokesman Taylor Budowich said that “vague leaks” from the “partisan” committee is “just an extension of the Democrat smear campaign that has been exposed time and time again for being fabricated and dishonest,” adding that “Americans are tired of the Democrat lies and the charades, but, sadly, it’s the only thing they have to offer.”

A spokesman for the House select committee investigating the January 6, 2021, insurrection declined to comment on both matters, which were first reported by The New York Times.

After Pence said that he did not believe he had the authority to reject Electoral College votes, Trump tweeted that “Mike Pence didn’t have the courage to do what should have been done to protect our Country and our Constitution, giving States a chance to certify a corrected set of facts, not the fraudulent or inaccurate ones which they were asked to previously certify. USA demands the truth!”

Videos from the Capitol during the riot show a man with a bullhorn, reading the tweet aloud to others in the mob. Inside, rioters swarmed the hallways and chanted, “Hang Mike Pence.”

Beto ORourke confronts Abbott in Uvalde: You are doing nothing - The Washington Post