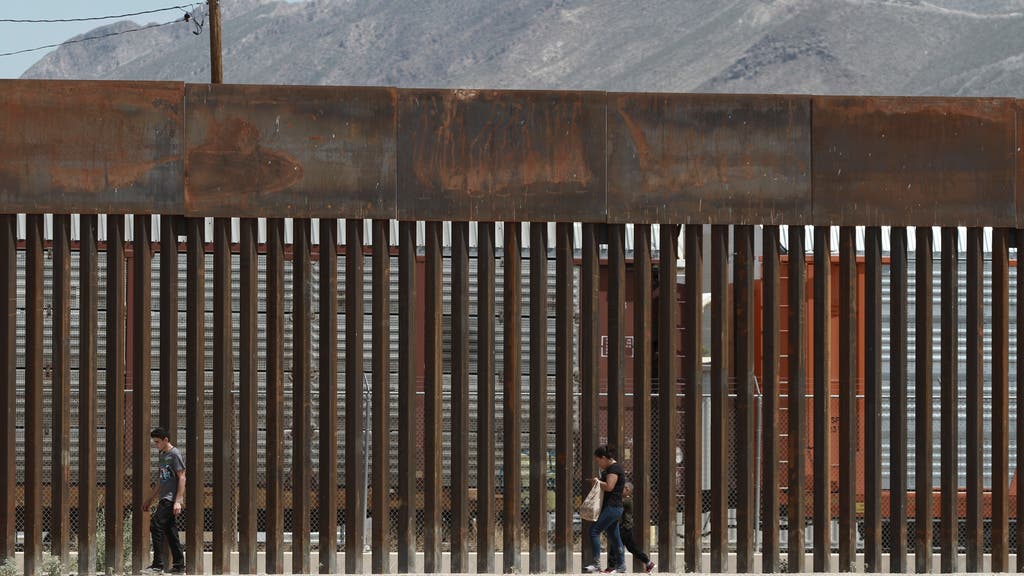 Donald Trump called on president Joe Biden to resume building his border wall as he returned to the fold, saying he “has to paint it” to avoid it going rusty.

The Republican travelled to Texas where uncompleted parts of his infamous border wall can be seen.

Talking alongside Gov. Greg Abbott, he defended his handling of the border during his time in office and falsely claimed that the wall he promised to build across the 2,000-mile border had been months away from completion when he left office.

He actually built roughly 450 miles of border wall, nearly all of it in areas where dilapidated barriers existed or vehicle barriers had once stood.

Trump then called on the Democrats to “paint the wall” in a series of bizarre ramblings.

“I’m looking and it has to be painted,” he said turning round to face an unfinished stretch of the wall. “And the best colour to paint it is black. Because if you paint it black, it’s so hot, nobody can even try to climb it.”

Trump is touting a section of border wall that you can see is obviously unfinished if you just look behind him pic.twitter.com/2ZKou30d1b

Later on he repeated calls to give it a fresh lick of paint.

“Within a few months you would have had the wall totally complete and they were going to paint it,” he said.

“They were supposed to paint the wall. They aren’t even doing that. They got to get a coat of paint on the wall. Believe it or not, it does rust. Maybe that’s what they like — let it rust, let it rot.”

The issue of border security has dogged the Biden administration as border crossings have surged. Last week, Vice President Kamala Harris, whom Biden put in charge of addressing the root causes of migration, travelled to El Paso, her first visit to the southern border since she took office.

Harris received a briefing from Customs and Border Protection and met with girls detained at a border facility.