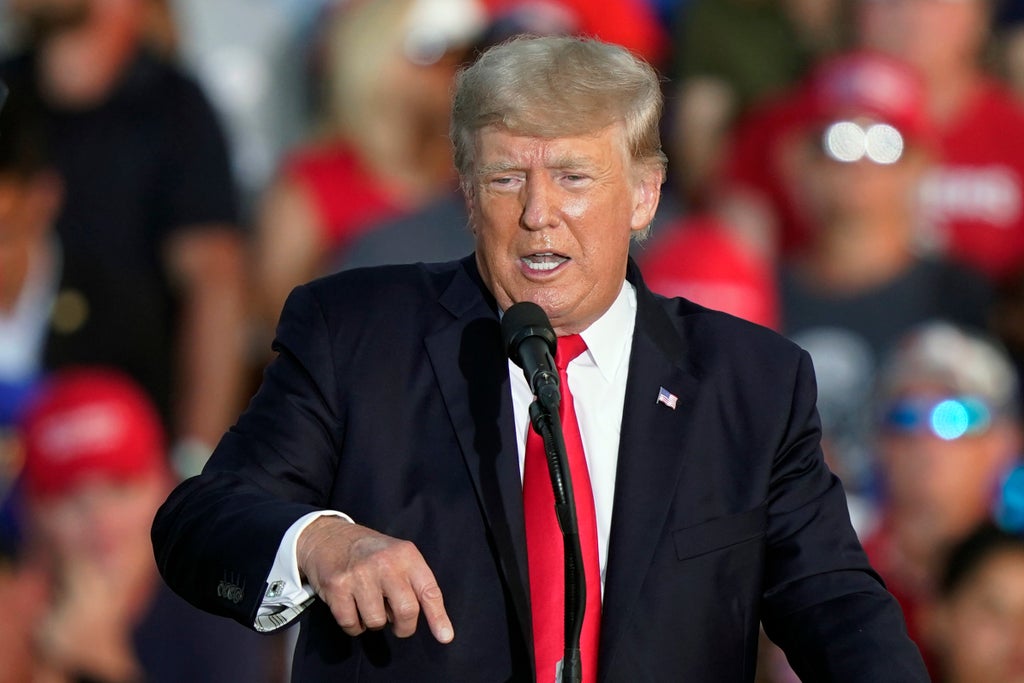 Donald Trump has said that he wouldn’t go back to Twitter if his ban was lifted during an interview in which he also boasted about Hispanic support for the Republican Party.

Mr Trump also told SiriusXM’s Americano Media people would be “very happy” about his plans for the 2024 election, which he said would be made public after the midterms in the fall.

He also claimed credit for Hispanic support for the GOP in the interview obtained by Fox News Digital.

“I think we really have a relationship … I think I started it and did very well in 2016. We did much better in almost every way – as you know I got 12 million more votes in the second election in 2020. But we did really well with the Hispanics,” he said.

“I did great with the Hispanics. And you know why? Because they’re very incredible people with great energy, and they’re very entrepreneurial. And they also understood the border. You know, they understand the border better than anybody else. And they want security at the border,” he added.

In the summer of 2015 when Mr Trump announced his 2016 bid for the White House, he said: “When Mexico sends its people, they’re not sending the best. They’re not sending you, they’re sending people that have lots of problems and they’re bringing those problems.”

“They’re bringing drugs, they’re bringing crime. They’re rapists and some, I assume, are good people, but I speak to border guards and they’re telling us what we’re getting,” he added at the time.

Concerning Twitter, Mr Trump said in the interview set to air on Wednesday night that he “probably wouldn’t have any interest” in going back.

Mr Trump was permanently banned from the social media platform after the Capitol riot on 6 January, 2021.

However, his efforts to challenge Twitter with his own social media platform, Truth Social, have been branded a “disaster” and a “massive failure” and the former president himself appears to want little to do with it.

Five recipes that show how important texture can be

Five recipes that show how important texture can be