Trump Says He Would Use Nuclear Submarines to Pressure Putin 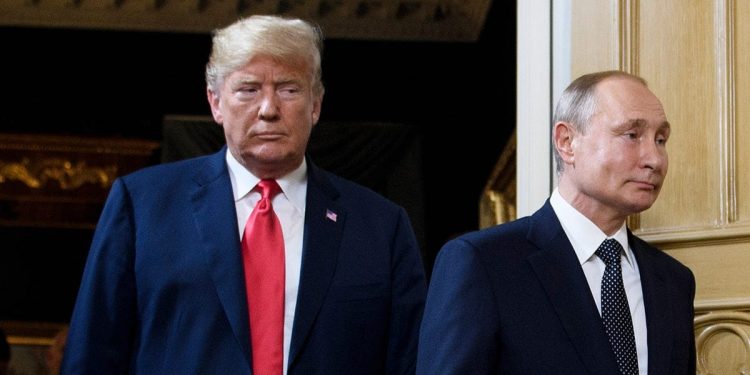 
Former President Donald Trump said on Monday that the US should put pressure on Russian President Vladimir Putin by sending its nuclear submarines to ply the Russian coast.

“We say, ‘Oh, he’s a nuclear power.’ But we’re a greater nuclear power. We have the greatest submarines in the world, the most powerful machines ever built,” he told host Stuart Varney.

“You should say, ‘If you mention that word [nuclear] one more time, we’re gonna send [nuclear submarines] over and we’ll be coasting back and forth, up and down your coast,” Trump suggested. “You can’t let this tragedy continue. You can’t let these, these thousands of people die.”

The US currently has a fleet of 14 Ohio-class ballistic-missile submarines “designed specifically for stealth and the precise delivery of nuclear warheads,” per the US Navy.

On February 27, Putin placed Russia’s nuclear deterrent forces on high alert in response to what he said were “illegitimate Western sanctions” imposed following his country’s invasion of Ukraine.

Earlier this month, retired Lt. Gen. Keith Kellogg — who served as national security advisor to Vice President Mike Pence during Trump’s presidency — suggested that the US deploy all of its ballistic missile submarines to see if Putin was “bluffing.”

Trump’s latest proposition, however, appears to run counter to the US’ approach of avoiding direct military intervention in the Ukraine crisis. For instance, President Joe Biden has ruled out maintaining a no-fly zone over Ukraine to prevent a head-to-head clash with Russian forces.

Trump has publicly expressed several suggestions on how to handle the Ukraine-Russia conflict— including a proposal that the US put Chinese flags on its fighter jets to “bomb the shit out of Russia.”

Cadillac could build 200K Lyriq EVs annually based on demand