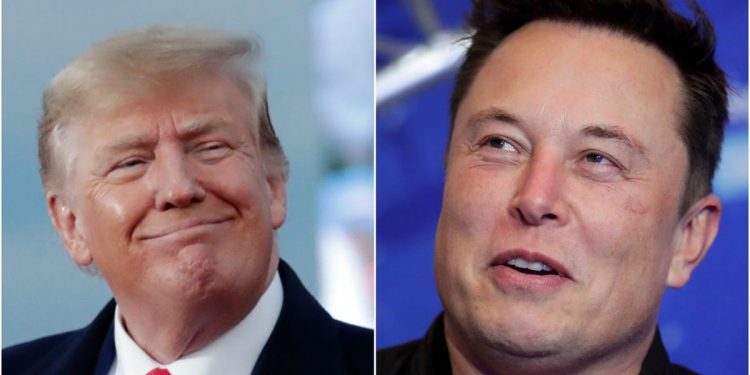 Trump’s comments came after Musk offered to buy Twitter outright in a deal that values the company at $43 billion.

During an interview with Sirius XM’s “Americano Media” hours later, Trump was asked if he would return to the platform if Musk gave him his account back, and what his first post would say.

He responded: “We’re doing a big platform right now so I probably wouldn’t have any interest. Twitter has become very boring, they’ve got a rid of a lot of their good voices on Twitter, a lot of their conservative voices.”

“Now it’s boring and friends of mine tell me that Twitter is not the same place, it’s a very boring place right now.”

Twitter permanently barred Trump from using the platform after the Capitol riot on January 6, 2021, citing the “risk of further incitement of violence.”

Conservative figures had expressed hopes that Musk might reinstate Trump’s Twitter account following his purchase of a 9.2% stake in the company, making him Twitter’s largest shareholder, Insider’s Matthew Loh reported.

When asked about his bid to buy all of Twitter at a TED Talk in Vancouver on Thursday, Musk said: “I think it’s very important for there to be an inclusive arena for free speech,” Reuters reported.

But the launch has been slow and the rollout largely botched. The Washington Post reported that Trump was furious about it.