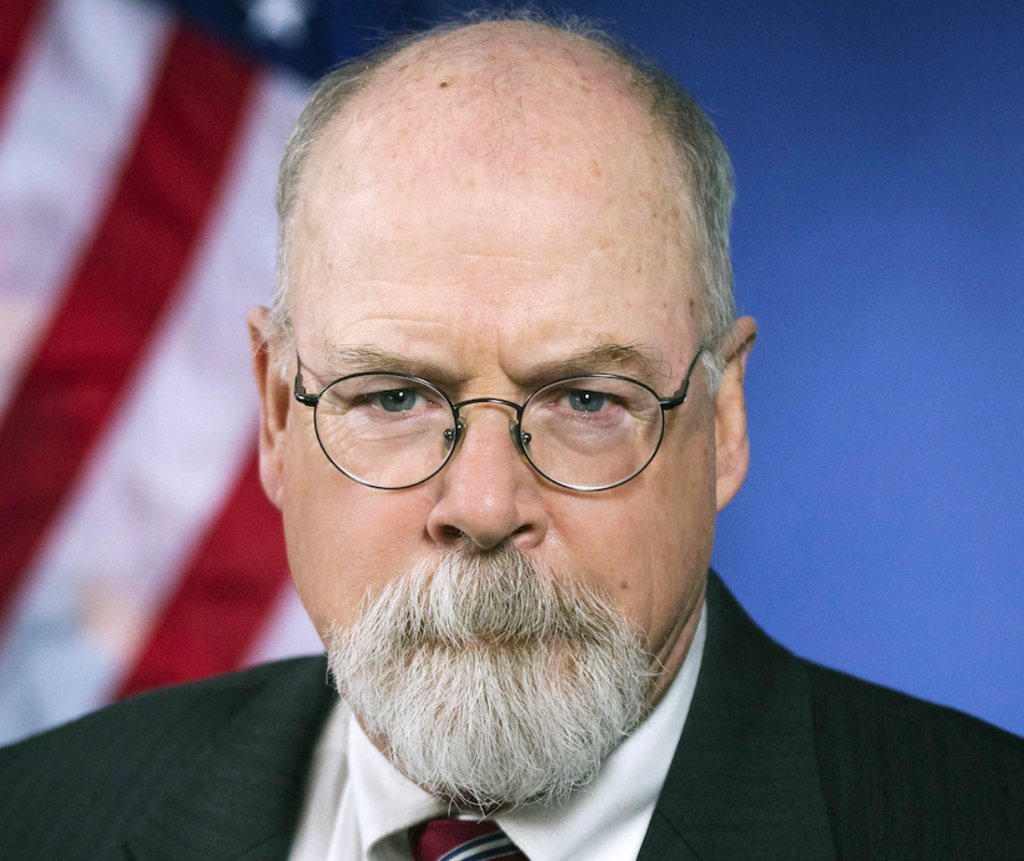 A special prosecutor appointed more than two years ago to investigate the origins of the Trump-Russia collusion scandal has filed criminal charges against a prominent cyber security lawyer.

Michael E. Sussman has been indicted on a charge of making a false statement about a client during a meeting with the FBI during a meeting in 2016, the Department of Justice announced on Thursday.

The charges, which had been anticipated, have been denied by Mr Sussman’s lawyers, who say the DoJ’s evidence is weak and they will take the case to trial.

It marks just the second case brought by special prosecutor John Durham since his appointment by Donald Trump’s Attorney General Bill Barr in May 2019.

The New York Times reported the charges relate to a 19 September 2016 meeting between Mr Sussman and the FBI about Donald Trump’s ties to Russia.

The indictment accuses Mr Sussmann of hiding that he was working with Hillary Clinton’s presidential campaign during a conversation he had with the FBI’s general counsel, when he relayed concerns from cybersecurity researchers about potentially suspicious contacts between Russia-based Alfa Bank and a Trump organization server.

The FBI looked into the matter but found no connections. Mr Sussmann is a former federal prosecutor who specialises in cybersecurity.

His lawyers, Sean Berkowitz and Michael Bosworth, said their client is a highly-respected national security lawyer who had previously worked in the Justice Department under both Republican and Democratic administrations and said they were confident he would prevail at trial and “vindicate his good name.”

“Mr Sussmann has committed no crime,” they said in a statement. “Any prosecution here would be baseless, unprecedented, and an unwarranted deviation from the apolitical and principled way in which the Department of Justice is supposed to do its work.”

The Alfa Bank matter was not a pivotal element of the Russia probe and was not even mentioned in Mueller’s 448-page report in 2019. Still, the indictment may give fodder to Russia investigation critics who regard it as politically tainted and engineered by Democrats.

The Durham investigation has already spanned months longer than the earlier special counsel probe into Russian election interference conducted by Mueller, the former FBI director, and his team. The investigation was slowed by the coronavirus pandemic and experienced leadership tumult following the abrupt departure last fall of a top deputy on Mr Durham’s team.

Though Trump had eagerly anticipated Mr Durham’s findings in hopes that they’d be a boon to his reelection campaign, any political impact the conclusion may have once had has been dimmed by the fact that Trump is no longer in office.

The Durham appointment by then-Attorney General William Barr in 2019 was designed to examine potential errors or misconduct in the U.S. government’s investigation into whether Trump’s 2016 presidential campaign was conspiring with Russia to sway the outcome of the election.

A two-year investigation by Mr Mueller established that the Trump campaign was eager to receive and benefit from Kremlin aid, and documented multiple interactions between Russians and Trump associates.

Investigators said they did not find enough evidence to charge any campaign official with having conspired with Russia, though a half-dozen Trump aides were charged with various offenses, including false statements.

Until now, Mr Durham had brought only one criminal case — a false statement charge against an FBI lawyer who altered an email related to the surveillance of Mr Page to obscure the nature of Mr Page’s preexisting relationship with the CIA. That lawyer, Kevin Clinesmith, pleaded guilty and was sentenced to probation.

Associated Press contributed to this story

DeSantis flirts with the anti-vaccine crowd

DeSantis flirts with the anti-vaccine crowd