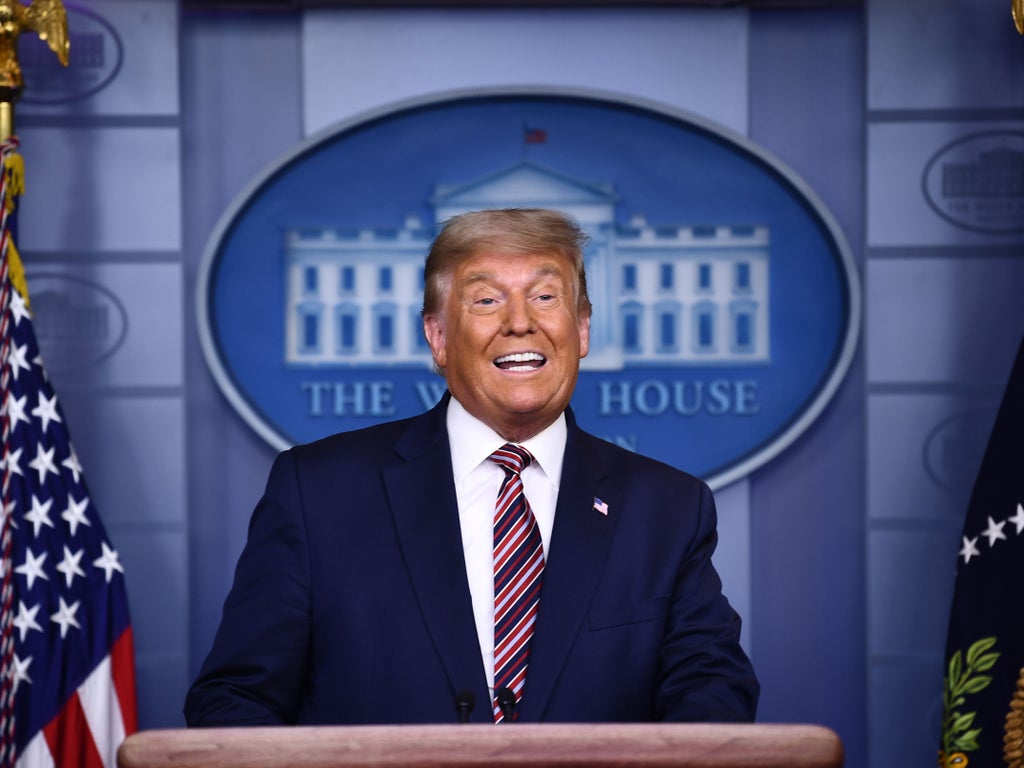 A onetime aide to Donald Trump has written in a tell-all book that the president’s loathing for the press was so intense that he wanted to see them banned from the White House altogether – drawing inspiration from a visit to North Korea.

Former White House press secretary Stephanie Grisham, who did not hold a single press briefing during her tenure in 2019-20, relates the story in her post-Trump-administration memoir I’ll Take Your Questions Now, which has generated reams of headlines since being previewed in part by TheWashington Post.

As reported by the New York Times, Ms Grisham claims that after Mr Trump’s North Korea visit, she was tasked with moving the press as far away from the president’s orbit as possible. “I researched different places we could put them other than the press briefing room,” she writes. “Each time the president asked me about my progress on the matter, I let him know I was still working on options.”

Ms Grisham’s experience of being press secretary was, she says, a gauntlet – even as she herself withdrew from holding briefings altogether. “I knew that sooner or later the president would want me to tell the public something that was not true or that would make me sound like a lunatic,” she writes.

Among such requests, she writes in the book, was Mr Trump’s idea that she hold a briefing at which she would re-enact the phone call with Ukrainian President Volodymyr Zelensky that led to the president’s first impeachment.

Beyond the theme of the White House’s relationship with the media, I’ll Take Your Questions Now is filled with sensational claims and stories ranging from the lurid and ridiculous to the grim and terrifying.

In the first basket are tales of Mr Trump having an aide play him showtunes to calm him down and calling Ms Grisham from Air Force One to defend his penis size against unflattering descriptions from Stormy Daniels. On the less amusing side, Ms Grisham writes that the president told Vladimir Putin he was only putting on a “tough” act for the cameras before the two talked in private.

Mr Trump has made his view of Ms Grisham’s book clear with a series of insulting statements.

“Stephanie didn’t have what it takes and that was obvious from the beginning,” he said through a spokeswoman. “She became very angry and bitter after her break up and as time went on she was seldom relied upon, or even thought about.”

Port Director Warns Shipping Industry Is in a ‘Crisis Mode’