TSLA) Sets Off On A Fresh Rally 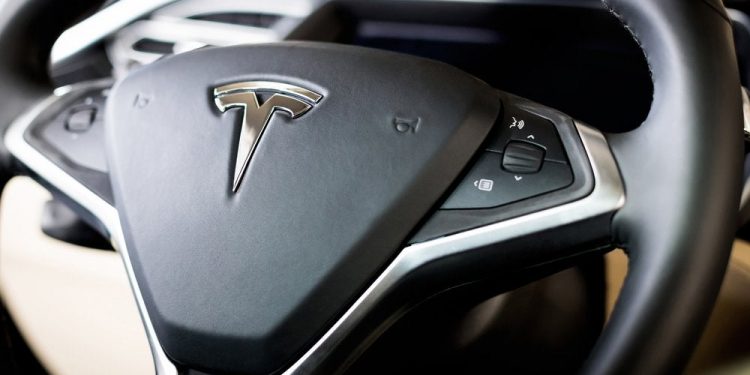 
They say you can’t keep a good stock down, and while the debate is still ongoing with regards to if Tesla (NASDAQ: TSLA) is a good stock or not, one thing is for sure; it certainly can’t be kept down long. The electric vehicle manufacturer has defied Wall Street’s expectations time and time again and seems to be most likely to rally when the bear’s voices are loudest. It looks like we’re now seeing this story play out in front of our eyes once again.
After hitting an all-time high last November, shares of Tesla got caught up in the overall equity, and specifically growth stock, softness that dragged shares lower into the new year. This was driven for the most part by the tightening interest rate cycle we find ourselves in, which in turn is being driven by worryingly high inflation readings. Coming into the back end of February, shares were down more than 40% from November’s high, a haircut that long term Tesla holders will be all too familiar with at this stage. But since then, they’ve had their first run of six green days in a row since October, and find themselves already more than 40% off the recent low.
The catalyst for the late February dump that sent shares down to multi-month lows was the Russian invasion of Ukraine. This precipitated a flight for safety as a risk-off sentiment quickly took over Wall Street, but since then that same catalyst has changed sides. With Russia’s oil exports at the center of many fresh sanctions being deployed, the price of oil has been soaring which has of course filtered down to the average person’s tank of gas. Unsurprisingly, this has more and more consumers wondering what life could be like with a car that doesn’t even drink the stuff. It seems as soon as investors realized this, Tesla became the most obvious buy out there.
While already set to gain from any surprise uptick in a swing towards electric vehicles, thanks to its first mover advantage, Tesla is also the most prepared. Its manufacturing lines, supply lines, and sales processes are all up and running smoothly, as the 65% year on year revenue growth shown in January’s earnings report attested to. They’ve also just received approval from German regulators to begin production at their Giga Berlin site.

Long-term Tesla bull Dan Ives from Wedbush, doubled down on this fact earlier this month when he reiterated his Outperform rating on Tesla stock. In a note to clients, he said “we cannot stress the production importance of Giga Berlin to the overall success of Tesla’s footprint in Europe and globally, as the current Rubik’s Cube logistics of producing cars in China at Giga Shanghai and delivering to customers throughout Europe was not a sustainable trend. The Berlin factory establishes a major beachhead for Tesla in Europe with potential to expand this factory to production of ~500k vehicles annually with Model Y front and center over the coming 12 to 18 months.”

Ives’ $1,400 price target suggests there’s upside to be had in the region of 40% from where the stock closed on Tuesday, and that’s after the 40% move they’ve put in over the past week. The team over at Daiwa have also come out bullish on Tesla in recent weeks, as they upgraded the stock to Outperform from Neutral. They pointed out how “at the same time, higher oil prices and the potential scenario of fuel shortages, especially in Europe, could accelerate the shift to EVs. While the start of production at the Berlin plant could be delayed, recent media reports of Tesla increasing capacity at its Shanghai facility gives it more flexibility to meet European demand.”

This will all be music to the ears of Tesla bulls, and should be enough to make those of us on the sidelines sit up and take notice. As longer term investors will tell you, Tesla shares love to do a good shake out every couple of months, and it’s looking more and more likely that we’ve just had what will go down as another one of those. With a 40% rally already under their belt, don’t be surprised if we see Tesla stock leave triple digit prices behind for a long term, perhaps forever, in the coming weeks.

Tesla is a part of the Entrepreneur Index, which tracks some of the largest publicly traded companies founded and run by entrepreneurs.