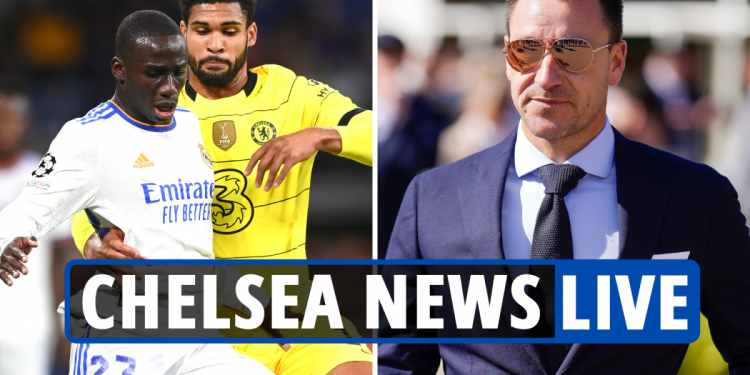 Chelsea are set to face Crystal Palace in the FA Cup semi-final at Wembley on Sunday.

Ben Chilwell is out for the long haul after sustaining a season-ending knee injury back in November.

Callum Hudson-Odoi is also out for this one through an Achilles injury, with manager Thomas Tuchel saying he has a few more weeks to go on the treatment table.

Romelu Lukaku missed the Champions League match at Real Madrid with an Achilles problem of his own but may harbour hopes of playing some part this weekend.

In fact, Lukaku is back in training, according to SunSport’s Andy Dillon.

The striker has missed the last two games because of his injury as well as a dip in form.

But the Belgium international joined the squad in a full session and could be fit for Sunday.

Palace aces Will Hughes, Michael Olise and Tyrick Mitchell are all doubts for manager Patrick Vieira, while Nathan Ferguson is sidelined.

Chelsea loanee Conor Gallagher will also be absent as he can’t play against his parent club.

The FA Cup is the Blues’ last shot at a trophy this season and comes just days after the club was left heartbroken by their dramatic exit from the Champions League quarter-finals.

Meanwhile, the Ricketts family have released a statement confirming they will NOT be submitting a final offer for Chelsea.

A statement read: “The Ricketts-Griffin-Gilbert Group has decided, after careful consideration, not to submit a final bid for Chelsea F.C.

“In the process of finalising their proposal, it became increasingly clear that certain issues could not be addressed given the unusual dynamics around the sales process.

“We have great admiration for Chelsea and its fans, and we wish the new owners well.”

And the Celtics chief will now tap into the former captain’s expertise to help win the race to take over from Roman Abramovich.

A preferred bidder could be confirmed by the middle of next week and a deal completed by the end of the month.

Terry is part of the True Blues group, which has now aligned itself to Pagliuca’s bid to buy the £3billion-rated club