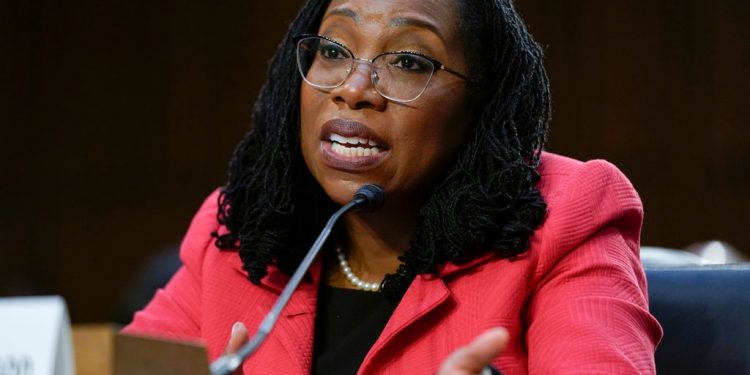 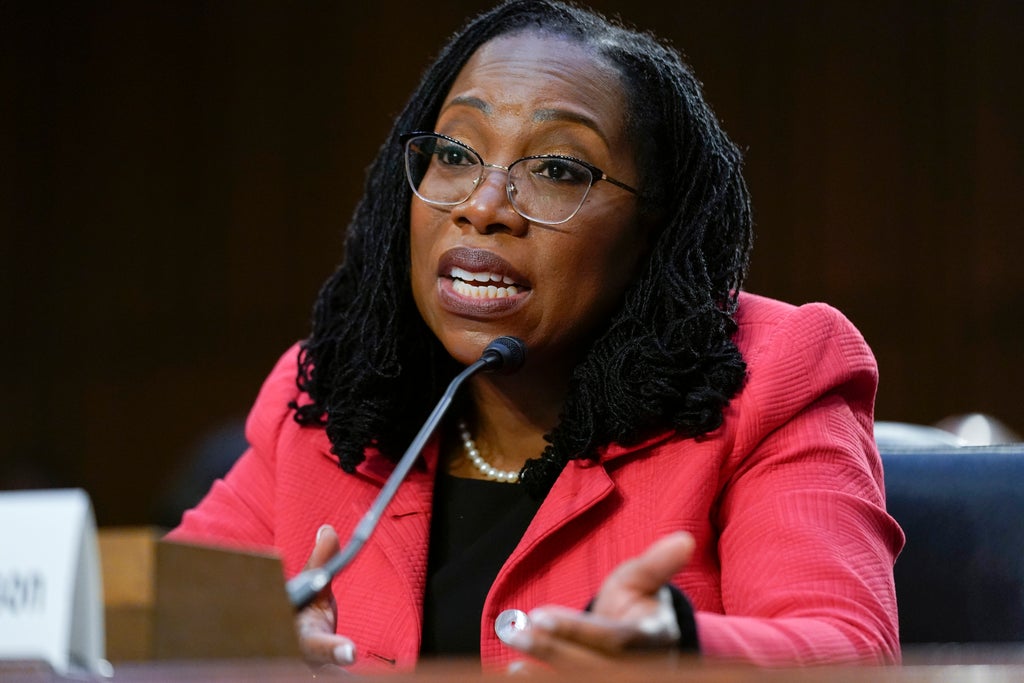 Fox News host Tucker Carlson continued his attack on Judge Ketanji Brown Jackson over her Supreme Court nomination, claiming that she was chosen because she is “tanner than Joe Biden”.

On Tuesday night, Mr Carlson on his show Tucker Carlson Tonight said Ms Jackson, the first Black woman nominated to the Supreme Court, is no different from an “average professional class white liberal”.

“In the end, when they tell you you’re getting a Black nominee, they’re not talking about the son of a maid and a farmworker from Pin Point, Georgia,” Mr Carlson said.

“In fact, we already have a Supreme Court justice like that. His name is Clarence Thomas. He is a great man, even if no one in Washington will acknowledge that,” he added, speaking of the second African-American justice for Supreme Court who was nominated by George Bush.

In a long rant, Mr Carlson also claimed that getting Ms Jackson onboard brought no diversity.

“What they mean when they tell you you’re getting a black Supreme Court justice is that you’re getting yet another Democratic Party robot with the same rigid and totally predictable views as your average professional class white liberal… but who happens to be tanner than Joe Biden,” Mr Carlson claimed.

“So, identical – identical – to everyone else in power, just a different shade,” he further said. “And the shade, to be fair, does make all the difference.”

“That’s the whole point of the exercise,” Mr Carlson said on his show.

“Given how she got this job, most of the talk in Washington was not about what she’s done, how she thinks, what she’s like as a person, but instead about how she looks,” Mr Carlson said. “It’s not shallow or anything.”

“Because of the way that she looks, Brown Jackson, who again, is just a garden variety white liberal in what she believes, because of the way she looks, this nominee will get nowhere near the vetting of a typical Supreme Court justice. And that, whatever your politics are, is a shame,” Mr Carlson said, raising questions over her eligibility.

He also played a clip of US senator Cory Booker praising Ms Jackson.

“I could not stop being just joyous as you were sitting in my office,” Mr Booker said. “And I couldn’t stop bringing up to you the historical nature of this. Forgive me. I grew up in a small black church where I was taught to make a joyous noise unto the Lord and this is not a normal day for America. We’ve never had this moment before.”

Mr Carlson laughed at the clip, and said: “Another lecture about the black experience from a blue-eyed Yale graduate who in fact grew up in all-White town, the son of IBM executives.”

“Is there anyone on this planet phonier than Cory Booker?”

“Biden, sounding maybe a touch defensive, has described Ketanji Brown Jackson as one of this country’s great legal minds. And we certainly want to believe that. For, for real, given that she’s probably gonna be confirmed no matter what we think,” he said.

“The question is, is it true? Is she really one of this country’s great legal minds? One way to know, one indication would be her LSAT scores,” Mr Carlson continued. “The LSAT is not a knowledge test. It measures logic and reasoning abilities. And no one doubts it’s an accurate measure of those things, which predict legal skills.”

“So how did Ketanji Brown Jackson do in the LSAT? Sorry, you’re not allowed to ask, because asking is racism,” he announced.

While Mr Carlson has repeatedly raised questions over the LSAT scores of Ms Jackson, he has not mentioned that LSAT scores aren’t usually made public.

Ms Jackson, like any other Supreme Court nominee, has been rigorously grilled by numerous Republican senators about her record and beliefs.

Her nomination comes after President Biden had pledged on the campaign trail that he would nominate a black woman if given the chance. She is now awaiting her confirmation.