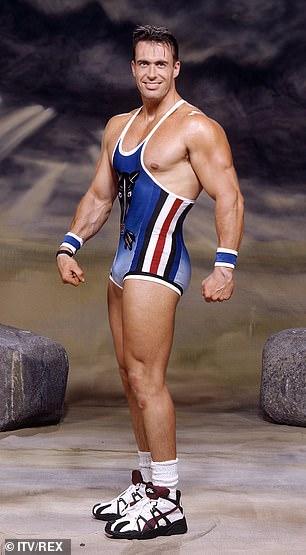 Griffin, 54, now a best-selling author, says that despite the pandemic, last year was the best of his financial life.

When Silence Kills, the third book in his Holly Wakefield series about a female criminal psychologist who catches serial killers, has just been published.

What did your parents teach you about money?

That if I wanted something, I would have to save up for it. I didn’t get pocket money, but I was able to earn money doing jobs around the house and garden.

My dad worked for Royal Insurance as an expert on international shipping. He was a smart individual – he went to Cambridge University. He passed away just before Christmas.

My mother was a stay-at-home mum when my sister and I were young and she later worked as a part-time chef.

We were a middle-class family and my parents wanted us to have the best of everything they could afford. I don’t remember ever going short of anything, but I remember that money was tight.

My dad was the only earner and I think he was quite frugal. He grew his own fruit and vegetables – and my mum made bread and cooked everything from scratch.

Have you ever struggled to make ends meet?

Yes, after my divorce, which was brutal and coincided with the market crash of 2008. I lost my house in Hollywood Hills in Los Angeles, my pension and my art collection. I even had to sell my Ford F-150 truck which I loved.

Everything was sold to help pay off the mortgage while we tried to finish renovating the house and sell it in a collapsing property market – while simultaneously going through a divorce. It was a nightmare. We lost $1million on that house. It was a money pit.

After nine months, I decided to come back to the UK. I was pretty depressed at the time. I returned home and literally all I brought with me was a small suitcase, a pair of Prada shoes I’d got married in and a couple of scripts I’d been working on.

Did you have any savings?

No. I had nothing. I had to start again. I stayed in London with a mate and carried on writing scripts. I couldn’t get an agent even though I’d acted in some good films in America. Agents were culling their clients due to the financial crash and no one was reading scripts.

To make ends meet, I started an antiques business, selling 18th Century English blue and white porcelain. I learned about it from my dad who was a collector. Every now and then, I’d get lucky and find something that had been mislabelled.

I did that for about three years and carried on going to auditions and writing. Eventually, I got an agent and turned things around.

Have you ever been paid silly money?

Yes. I was in a movie called Dr Dolittle 2 with Eddie Murphy in 1998. I had a small part as a truck driver. But the casting team called me in to do a voiceover as the narrator of a nature TV show that Eddie and a bear watch during the movie. I had to say something like ‘Bears are excellent swimmers’ in a posh English accent.

We did two takes – I was out of the studio in five minutes – and I got paid £5,000. Even better, I still get royalties from that scene.

What did you earn as Trojan?

It was £750 a show. Everybody thought we were earning millions, but we weren’t. Having said that, as a Gladiator you could make good money performing in pantomimes at Christmas. Between £4,000 and £6,000 a week.

What was the best year of your financial life?

Last year. I don’t want to say how much I earned, but I got another two-book deal with my UK and overseas publishers, plus I sold a few antiques.

I’m finding writing more lucrative than acting work. This year, I’ve got three novels on the go, plus a script that’s going to be made into a film.

What is your biggest money mistake?

I bought four framed Disney sericels of The Lion King for £10,000 shortly after the film first came out. A sericel is animation art taken from the film. They have depreciated in value consistently for the past 26 years. They annoy me so much I can’t even bear to hang them on the wall. They are in a cupboard collecting dust to my eternal resentment. Back then, you could buy a house with a £10,000 deposit. I probably could have purchased a chateau in France with that money and be living there now. 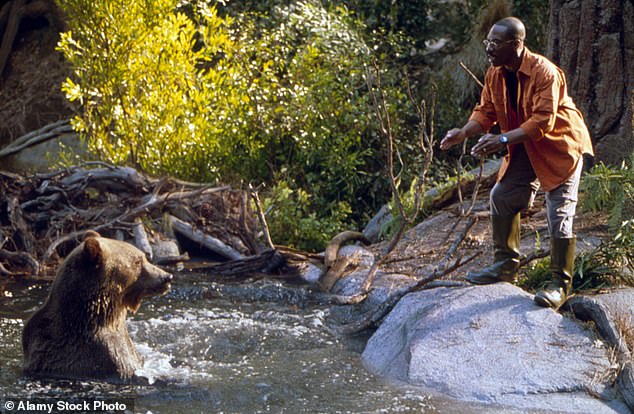 The best money decision you have made?

Do you save in a pension or invest in shares?

No. I invest a small amount – a few hundred pounds a month – in cryptocurrency. I’ve spread my money over many investments. Some are currencies and some are technology: blockchains and nonfungible tokens (NFTs).

I did have a pension, but I had to cash it in during my divorce. I don’t plan to stop working until the day I die.

Do you own any property?

I rent a house in Sunbury-on-Thames, Surrey. I haven’t owned a property since I sold that money pit in America.

What little luxury do you treat yourself to?

Honey. I buy non-adulterated honey from local bee-keepers wherever I go. I pay between £7 and £10 a jar and I spend about £100 a month on it. I have a couple of spoonfuls in my coffee and tea instead of sugar and I put some in my breakfast cereal as well. It’s just so good for you and I have a sweet tooth.

If you were Chancellor, what would you do?

I would hire Malcolm Tucker from the TV series The Thick Of It, as played by actor Peter Capaldi. I think he’d be brilliant and do a sterling job.

I would also go after big corporations that don’t pay tax. You could fund so much with the money they owe. And the only reason they don’t pay it is because there are loopholes.

Do you donate money to charity?

Yes, I donate to Refuge every month. It’s a charity that aims to raise awareness of domestic violence and helps women and children get to safety. I’ve been donating to it for years.

I think misogyny should be a hate crime and not enough is being done to protect women who have been abused. I do not understand why. It frustrates the hell out of me.

What is your number one financial priority?

To buy another property and renovate it. I’d like to buy a house either this year or next, probably in London.