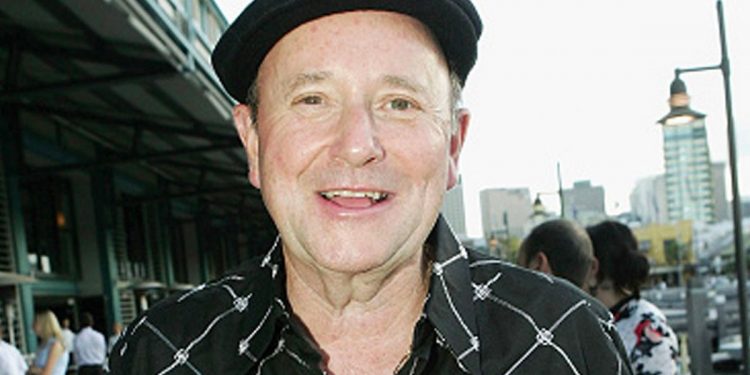 
TV vet Dr Harry Cooper has married his partner Susan ‘Suze’ Sheeran in a ceremony where their 12-year-old horse Wendy was the main ring bearer.

The Better Homes and Gardens star, 78, wed Suze, 62, at their property in Port Macquarie, Australia, with romantic images shared by Woman’s Day magazine.

Suze wore a sleeveless white dress while Dr Cooper wore a beige linen suit, with a white shirt and a hat.

Speaking about his new spouse, Dr Cooper, who is Australian, told Woman’s Day: “She’s very caring, she’s so hardworking and I’m so lucky to call myself her husband.”

Suze said fondly: “I’ve waited all my life for this bloke… he’s a real genuine person – what you see is what you get.”

She added: ‘It was a magical day and I wouldn’t change a thing!”

The pair met a decade ago at a friend’s barbeque.

Dr Cooper, best known for veterinary series Harry’s Practice, which aired between 1997 and 2003, split from his wife of 26 years, Janine Morganti, in 2012.

He previously told Woman’s Day: “You get to the stage of your life when you drift apart – and for the past five or six years we’ve probably been going like that – so I thought, ”what’s the point?”, as she wanted to stay there [in Tasmania] and I didn’t.”

The grandfather also spoke of how his new wife supported him when his daughter Tiffany, 37, died from colon cancer in 2012.

Dr Cooper opened up about the tragic loss during an appearance on Anh’s Brush With Fame.

Soon after giving birth to her second child, Tiffany felt pain in one of her hips, and called her dad for advice, who told her to go to a doctor.

The report from an X-Ray said there was a “fuzziness” on the head of the greater trochanter, which is between the hip and femur.

Dr Cooper said he “instantly” knew what that meant.

“I put the phone down and I walked out onto the veranda, and I looked to the sky, and I said, ‘Take me. Children are supposed to outlive their parents. Take me’,” he said.

Due to his experience as a vet, he knew the “fuzziness” meant there was a tumour.

“Any vet in the world could tell you that,” he said.

He recalled: “She fought it for 14 months. And then I lost her. And the last thing she said was, ‘I love you, Daddy’.”