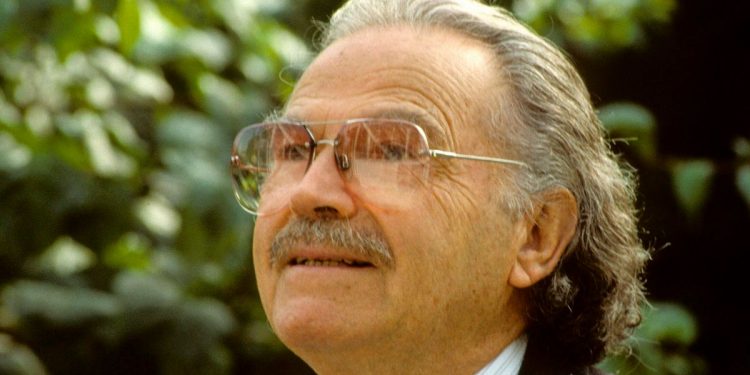 
American actor and painter Nehemiah Persoff has passed away at the age of 102 whilst at a rehabilitation facility in San Luis Obispo, California

US actor Nehemiah Persoff has sadly died at the age of 102 as the likes of Barbra Streisand has paid tribute to him.

Persoff, who appeared in the likes of The Twilight Zone and Some Like It Hot, died on Tuesday (April 5) at a rehabilitation facility in San Luis Obispo, California.

His death was confirmed to US outlet Variety by his daughter Dahlia.

Persoff racked up almost 200 credits in film and TV in a career that began in the very earliest days of television.

He played the role of Streisand’s father Rebbe Mendel in the iconic 1983 musical film Yentl.

Streisand, 79, honoured the actor by sharing a photo of them from the film along with a touching caption posted to her Instagram account.

“Nicky lived a long loving life. I’ll miss you Papa!!” the actress wrote alongside a still of them in the movie.

Persoff was born in Jerusalem, Palestine on August 2, 1919, and emigrated with his family to the United States in 1929 and graduated from the Hebrew Technical Institute in 1937.

Persoff was drafted by the United States Army in early 1942 and served during World War II until 1945.

He was assigned to an acting company to entertain troops around the world and after the war, he worked as a subway electrician, maintaining signals while he began to pursue his acting career in New York theatre.

In 1947, he was accepted into the Actors Studio, and was one of the 26 members of the beginners’ class taught by Elia Kazan, along with James Whitmore and Julie Harris.

Persoff racked up almost 200 credits in film and TV
(

Persoff began his acting career in 1948 with some of his early film roles being the driver during the I coulda been a contender scene in On the Waterfront (1954), Leo the accountant in The Harder They Fall with Humphrey Bogart and Rod Steiger (1956), and the gangster boss Little Bonaparte, a parody of Little Caesar in Billy Wilder’s film classic Some Like It Hot (1959).

He also appeared again with Steiger in Al Capone (1959) and enjoyed supporting roles in films such as The Greatest Story Ever Told (1965) and The Comancheros (1961).

He appeared in the comedy film Twins (1988) and in the American Tail animated-film series as Papa Mousekewitz. His last movie was 4 Faces (1999), the last film to be directed by Ted Post.