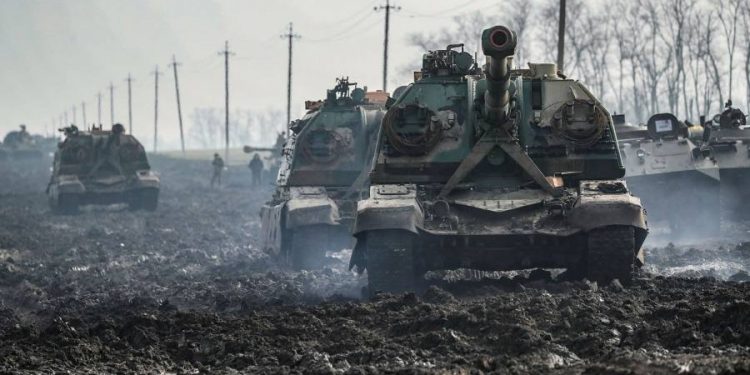 
Twitter said it had mistakenly suspended the accounts of open-source intelligence reporters posting about Russia’s military build-up around Ukraine, leading to many of them accusing the Russian state of launching a “bot” campaign against them.

Based on publicly available satellite imagery, open-source reporters have used social media to supply a steady commentary on the activities of Russian forces near the Ukrainian border, providing a valuable alternative source of information to western intelligence reports.

The people behind the suspended accounts said they believed they had been the target of an attack by Russian bots — computers that mimic the activity of human users — that had mass-reported their content as being suspicious. This led their content to be removed automatically by Twitter’s moderation technology.

“It is an attack on journalism and people who rely on these accounts to post the facts over other news outlets,” Kyle Glen, co-founder of @Conflicts, which has 337,000 followers, said.

“Twitter has . . . a responsibility to ensure its own reporting systems aren’t being misused by individuals or nations.”

Twitter told the Financial Times that there was no evidence of a co-ordinated bot campaign but admitted the company had taken action “in error”, suspending around a dozen accounts that had been flagged as containing manipulated or misleading media.

It said it was “expeditiously reviewing these actions” and had reinstated many of the affected accounts.

The suspensions took place at around the same time as several Ukrainian government websites and banks were temporarily shut down after a series of cyber attacks — Ukraine’s third since the beginning of the year. Kyiv has blamed the two prior attacks on Russia.

That the Twitter accounts were suspended almost simultaneously fed suspicions that a Russian operation may have been behind the moves. Russia often uses proxy groups in its cyber operations so it can deny knowledge of any attack, even though the groups are believed by western officials and cyber experts to act for Moscow.

“A number of . . . individuals saw their accounts locked at exactly 11:51 UTC last night,” said @Osinttechnical, who has 83,000 followers and whose identity the FT has independently verified.

“The pattern of the account lockings indicates that the automatic features Twitter installed to handle account reports were triggered. In effect, a number of ‘people’ bombarded these accounts with reports at the same time, activating the Twitter blocks,” he added.

Although open-source intelligence has provided some startlingly detailed images of military movements, analysts say it only shows a fraction of what is going on. Their reports, often on Twitter, have independently corroborated the publicly released western intelligence briefings and lent credibility to them.

“It’s been a much better performance this time round and one of the reasons why is that there has been open-source [intelligence] to check on what they are saying, which has raised their credibility,” he told an FT forum on Wednesday.