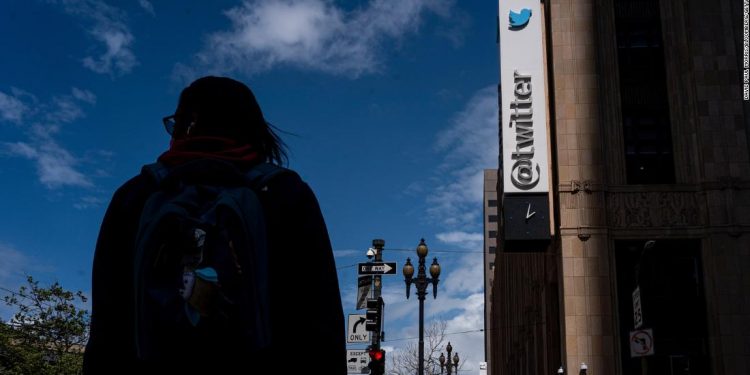 A version of this article first appeared in the “Reliable Sources” newsletter. You can sign up for free right here.

The Twitter board of directors convened on Sunday for a dialogue about Elon Musk’s takeover offer — a potential prelude to negotiations with the Tesla CEO about next steps.

A person familiar with the matter confirmed a board meeting took place on Sunday and said that discussions about Musk’s bid have turned serious.

The source spoke after the Wall Street Journal broke the news that the “two sides are meeting,” signaling that “the social-media company could be more receptive to a deal.”

“Twitter reassesses Musk bid, may be more open to deal” was the Journal’s lead headline for much of Sunday afternoon and evening, prompting newfound speculation about Twitter’s future.

The New York Times advanced the story a few hours after the Journal by reporting that the Twitter board initially met “on Sunday morning to discuss” Musk’s bid, adding that “Twitter’s board planned to meet with Mr. Musk’s side later on Sunday to discuss other contours around a potential deal.”

None of the people involved have commented on the meetings. But Musk’s filing with the SEC last Thursday, saying he has lined up $46.5 billion in financing for the deal, seems to be the driving factor.

Wall Street Journal reporter Cara Lombardo wrote that “Twitter is taking a fresh look at the offer and is more likely than before to seek to negotiate,” adding that “the situation is fast-moving.”

One big unknown: What is the Twitter board’s estimation of the company’s value? Is it in the same ballpark as Musk?

Dan Ives of Wedbush Securities said Sunday that “the Street will read this news today as the beginning of the end for Twitter as a public company with Musk likely now on a path to acquire the company unless a second bidder comes into the mix. The Board could officially reject Musk’s bid and then a hostile tender off will begin.”

Twitter — currently trading around $49 a share, lower than Musk’s $54.20 a share offer — is due to report first quarter earnings on Thursday afternoon. The company will have to address Musk’s offer by then, if not before.

On Sunday night the only statement from the company was as follows: “As previously announced, the Board is continuing to conduct a careful, comprehensive and deliberate review to determine the course of action in the best interest of the Company and all Twitter stockholders.”