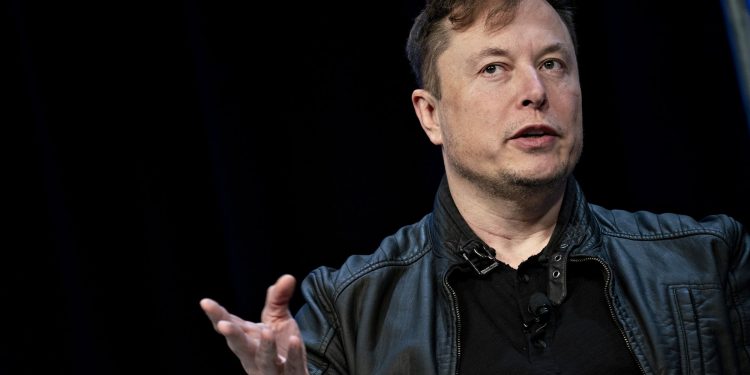 
After somewhat denouncing the social platform and telling his followers that he would potentially begin his own version, Elon Musk has purchased a nearly 10% stake in Twitter, making him the largest shareholder of the company.

Twitter rose over 25% in pre-market trading (up to $47.48 per share) on Monday upon the news of Musk’s stock purchase, which was just shy of 73.5 million shares.

Jack Dorsey, the founder of Twitter, only holds a 2.25% stake in the company, meaning Musk holds a little less than 5 times as much of Dorsey’s holding.

Dorsey took to his own platform to wax nostalgic for the early days of the internet and lament how it’s become more and more centralized in recent years.

“The days of usenet, irc, the web…even email (w PGP)…were amazing. Centralizing discovery and identity into corporations really damaged the internet,” Dorsey penned. “I realize I’m partially to blame, and regret it”

Musk’s purchase comes just over a week after he criticized Twitter and polled his 80 million followers on whether or not the platform imposes limitations on “free speech.”

“Free speech is essential to a functioning democracy,” he wrote. “Do you believe Twitter rigorously adheres to this principle?”

Over 70% of Musk’s followers voted “no,” prompting the Tesla CEO to follow up by asking, “What should be done?” And suggesting that a new platform should perhaps be built.

Given that Twitter serves as the de facto public town square, failing to adhere to free speech principles fundamentally undermines democracy.
What should be done? https://t.co/aPS9ycji37

After news broke Monday morning, Musk took it to Twitter to poll his followers once again on matters involving Twitter, this time asking if the app should have an “edit button.”

Musk’s poll cheekily incorrectly spelled the words “yes” and “no” to “yse” and “on” in an effort to showcase the typos that many make while quickly posting on the app.

Perhaps one of Twitter’s most irksome features is the inability for users to go back and edit Tweets once posted in any manner, which has led to many celebrities and public figures often deleting Tweets in their entirety.

As of Tuesday morning, the poll had around 3.31 million votes, with over 73% of pollers voting yes.

And though the poll seemed to be a inquisition for fun, Twitter CEO Parag Agrawal warned his own followers that the “the consequences” of Musk’s poll would “be important,” and told them to “please vote carefully.”

Agrawal also took to the platform Tuesday morning to share that Musk was being appointed to Twitter’s Board of Directors after becoming majority shareholder of the company.

He’s both a passionate believer and intense critic of the service which is exactly what we need on @Twitterand in the boardroom, to make us stronger in the long-term. Welcome Elon!

“Through conversations with Elon in recent weeks, it became clear to us that he would bring great value to our Board,” Agrawal wrote. “He’s both a passionate believer and intense critic of the service which is exactly what we need on @Twitterand in the boardroom, to make us stronger in the long-term. Welcome Elon!”

Musk has found success in recent days after Tesla’s stock skyrocketed upon the news that the company would be seeking investor approval to increase share numbers in hopes of enabling a stock split.

Musk’s estimated net worth as of Tuesday morning was $298.7 billion. Tesla was up 62.5% year over year at the same time.

Samurai Epic Trek To Yomi Launches May 5 For PS4, PS5