Twitter has more to worry about than Elon Musk 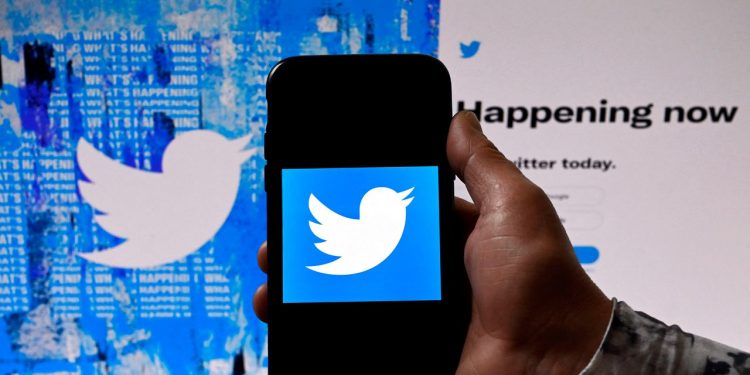 Ad-reliant tech stocks, led by a staggered Twitter
TWTR,
,
buckled Monday amid mounting evidence of a slowing economy slamming digital-advertising spending. The bleak climate was punctuated by a handful of financial analyst reports that ominously point to a hellacious earnings season for the industry.

“We’re trimming our estimates across the digital advertising landscape to account for slower GDP growth, more cautious outlooks from the advertising industry (slightly more cautious in most cases), and our own conversations with ad industry participants,” Stifel analyst Mark Kelly wrote in a note.

Chief Executive Musk over his decision to terminate a $44 billion bid to buy the company, looks like the less-immediate concern, though it is expected to add to the issues the company faces.

For more: Twitter will seek to get as much of Elon Musk’s money as a court will allow

“Twitter is likely to also see some downward pressure after Elon Musk decided to abandon his takeover bid for the company — we believe the fundamentals are likely to take a hit from a lack of clarity on the path forward, employee attrition and layoffs,” Kelly said, alluding to a job reduction of less than 100 people before Musk backed out of his acquisition offer.

In an interview late Monday, Kelly told MarketWatch that the “Elon thing as created a ton of uncertainty and attrition,” especially among top-ranking executives. Compounding matters, he added, is Twitter’s stagnant user growth.

“For Twitter this fiasco is a nightmare scenario and will result in an Everest-like uphill climb for [Twitter CEO] Parag [Agrawal] & Co. to navigate the myriad of challenges ahead around employee turnover/morale, advertising headwinds, investor credibility around the fake account/bot issues, and host of other issues abound,” Wedbush analyst Dan Ives added in a note Monday that slashed Twitter’s price target to $30 from $43.

each declined more than 3%.

Twitter’s quandary in ad spending mirrors a much larger industry issue for the likes of Meta, Snap and market leader Google face. After Snap warned in April the macroeconomic environment deteriorated “further and faster” than it expected, Meta CEO Mark Zuckerberg sounded a five-alarm fire in June: He told employees the company faces one of the “worst downturns that we’ve seen in recent history,” which will necessitate a scaling back of hiring and allocation of resources.

Needham analyst Laura Martin expects Meta to lower its fiscal year financial outlook when it reports second-quarter results July 27. She forecasts $27.7 billion in sales, 6% below her previous estimate and lower than the $29.1 billion that analysts on the Street are predicting, according to FactSet.

Even digital-ads leader Google, which is reportedly in talks with the Justice Department to avert an antitrust lawsuit over its ad business, is feeling the pinch. In a note Monday, MKM Partners analyst Rohit Kulkarni pointed to prognostications by Udayan Bose, CEO of NetElixir, a search-engine marketing and e-commerce growth marketing firm that works with about 130 midsize and large retail commercial companies in the U.S.

Bose estimates Google ads spend slowed to 6% year-over-year in the second quarter from 17% in the first quarter as the COVID-19 bump for tech companies subsided.

Alphabet expects to report second-quarter earnings on Tuesday, July 26, after Snap reports on Thursday, July 21. Twitter and Facebook have not yet announced their expected earnings dates.