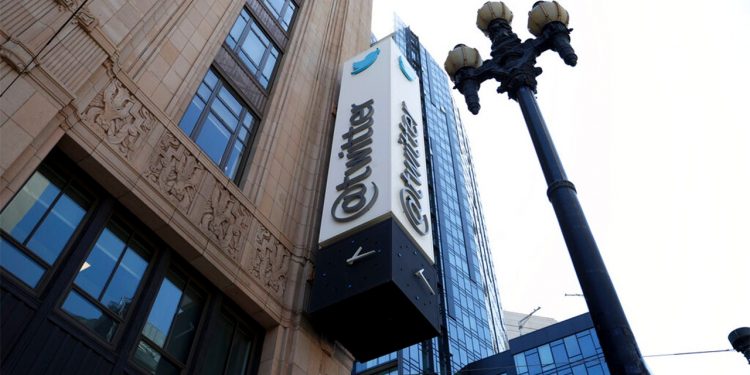 Twitter announced the roll-out of a “crisis misinformation policy” which will seek to suppress posts the company deems “viral misinformation.”

The social media platform announced the policy Thursday with an official blog post. The feature would allow Twitter representatives to censor or handicap posts they determine to be misleading or false. The company claimed that the suppression tools will only be used in the case of a “humanitarian crisis.”

“Today, we’re introducing our crisis misinformation policy – a global policy that will guide our efforts to elevate credible, authoritative information, and will help to ensure viral misinformation isn’t amplified or recommended by us during crises. In times of crisis, misleading information can undermine public trust and cause further harm to already vulnerable communities.”

“For the purposes of this policy, we define crises as situations in which there is a widespread threat to life, physical safety, health, or basic subsistence,” the company said. “This definition is consistent with the United Nations’ definition of a humanitarian crisis and other humanitarian assessments.”

Twitter will utilize a variety of suppression methods on “misleading” tweets, including removing posts from recommended content and keeping the tweets from being amplified via engagement.

“To reduce potential harm, as soon as we have evidence that a claim may be misleading, we won’t amplify or recommend content that is covered by this policy across Twitter – including in the Home timeline, Search, and Explore,” Twitter explained. “In addition, we will prioritize adding warning notices to highly visible Tweets and Tweets from high profile accounts, such as state-affiliated media accounts, verified, official government accounts.”

Twitter famously suspended The New York Post from their platform just ahead of the 2020 election for publishing a story about the existence of Hunter Biden’s laptop. The laptop contained emails, text messages, photos and financial documents indicating foreign business dealings the first son and the Biden family were involved with.

Twitter went to unprecedented lengths to prevent the Post’s story from being shared claiming that it stemmed from “hacked material,” which was an inaccurate claim.

However, Twitter has doubled down on their perceived obligation to curate the app, announcing a veritable tool belt of data manipulation for use on posts.

The Twitter blog post continued, “Content moderation is more than just leaving up or taking down content, and we’ve expanded the range of actions we may take to ensure they’re proportionate to the severity of the potential harm. We’ve found that not amplifying or recommending certain content, adding context through labels, and in severe cases, disabling engagement with the Tweets, are effective ways to mitigate harm, while still preserving speech and records of critical global events.”

In fact, the company announced at the end of their blog post that expansions of the policy are already under development for “additional forms of crisis.”

“While this first iteration is focused on international armed conflict, starting with the war in Ukraine, we plan to update and expand the policy to include additional forms of crisis. The policy will supplement our existing work deployed during other global crises, such as in Afghanistan, Ethiopia, and India.”

The news comes just after the Department of Homeland Security announced it was pausing its plans for a Disinformation Board headed by executive director Nina Jankowicz.

The board was brutally panned with immediate comparisons to George Orwell’s “Ministry of Truth.” Meanwhile, the board’s executive director Nina Jankowicz was skewered by critics for her checkered past of spreading misinformation and for questionable social media posts.

Jankowicz has since resigned from DHS altogether.