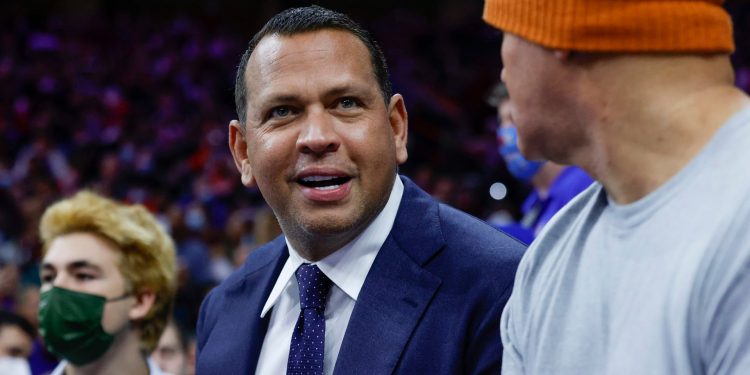 
Baseball legend Alex Rodriguez was among the spectators at the Green Bay Packers game versus the San Francisco 49ers. Here are some of Twitter’s best reactions.

There’s nothing unusual about Alex Rodriguez – or A-Rod as he was christened by some – cheering on a team in another sport.

He was decked out in Packers gear for the game – something some fans picked up on.

Rodriguez, of course, owns the Minnesota Timberwolves – the state next door to Green Bay’s base in Wisconsin.

The rivalry was picked up on as Alex Rodriguez enjoyed the Packers game at a freezing, snowy Lambeau Field in the NFC Divisional Playoff match.

Here are some of Twitter’s best reactions to A-Rod’s appearance at the game.

The night started well for the Packers, leading 7-0 going into the half-time break.

However, a special teams horror show ensued as the offense, led by Aaron Rodgers at quarterback never got going.

A touchdown with five minutes to go for the 49ers levelled the game.

Robbie Gould then proceeded to score a walk-off field goal to give the 49ers a memorable win on a defense-heavy night.

They will go through to the NFC Conference game, where they will face either the Tampa Bay Buccaneers or Los Angeles Rams for a spot in Super Bowl LVI.

The Fox Sports cameras picked Alex Rodriguez up during the Packers vs 49ers match, leaving Twitter to do its thing.

Some users on Twitter were not entirely convinced Alex Rodriguez’s appearance at the Packers game was not entirely legitimate, believing other factors were at play.

However, Alex Rodriguez himself posted on his account that his visit to the Packers game at Lambeau was an item off his bucket list – and included #ReverseJinx…

In other news, Why was Meat Loaf called Meat Loaf? Name’s origin explored

Opinion: Biden’s in a race against time to get his presidency on track after his first year in office