Two Half Baths Don’t Equal Full, and Other Real Estate Bathroom Maths You Should Know 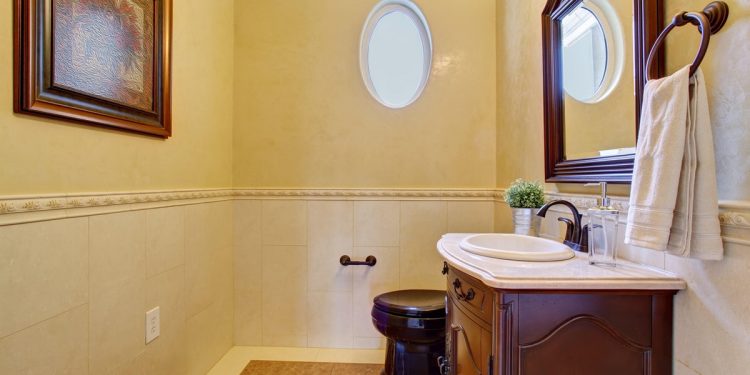 Last weekend we talked about home bathroom sizes — as in, what you get in a half-bath versus a 3/4-bath or a full-bath. And while that information is necessary for decoding that terminology in real estate listings, there’s another part that isn’t exactly straightforward either: The total number of bathrooms in a home.

Even though we use fractions as shorthand for describing how many fixtures are in a bathroom, you can’t simply add those fractions up to calculate the total number of bathrooms in a home, as it would appear in a real estate listing. In other words, two half-baths don’t equal one full-bath. Here are some tips for approaching this and other real estate bathroom maths.

Calculating the number of bathrooms in a home

There’s some variation in how real estate agents calculate the total number of bathrooms in a home, but generally speaking, you start by adding the number of full bathrooms together. This typically ends up being the first/whole number in the listing (that comes before the decimal point or fraction).

Then it’s time to factor in the 3/4-, half-, and 1/4-baths — which is where things can get tricky. Fortunately, many homes have relatively simple combinations of full- and half-baths. So, for example, if there are two full bathrooms upstairs and a half-bath powder room downstairs, that would be a 2.5-bathroom home — even though there are three rooms in the house that most people would identify as bathrooms.

Now that we’ve covered the basics, it’s time to tackle more complicated bathroom maths, starting with 3/4 bathrooms. This relatively new real estate term refers to a bathroom with a sink, toilet, and either a single shower stall, or a standalone bathtub without a shower head. (In practice, though, it’s almost always a shower stall.)

But thanks to countless home renovation projects that involved removing the original bathtub and replacing it with a larger shower, some homes don’t have a tub at all. In that case, real estate agents are likely to refer to it as a full bathroom.

As far as calculating the total number of bathrooms when a 3/4-bath is involved, here’s an example from Dan McCurley Real Estate:

But this doesn’t really follow his “two half-baths don’t make a full-bath” rule. And whether or not you agree with that maths, it’s important to keep in mind that you may encounter it in some real estate listings.

Listing instead of adding

There are also situations where conventional bathroom maths doesn’t make sense — especially in larger homes with bathrooms galore. In those cases, adding up all the less-than-full bathrooms leave questions about their configurations.

So when in doubt, list it out (or ask the real estate agent to do that for you if you’re confused reading a listing). For example, if a home has four full-bathrooms and three half-baths, presenting it in that format provides more information than listing it as having 5.5 bathrooms.

Most Want to ‘Age in Place’ at Home, But Many Aren’t Prepared